How Perth is finally putting itself on the traveller’s map

Once only known as the world’s most remote capital city (of more than a million people in population, at least), Perth is one of Australia’s most underrated gems. However, the city is getting more recognised internationally, thanks to a new wave of stylish five-star hotels being established, the opening of new bars and restaurants across the city, and of course, its proximity to some of the world’s best vineyards.

The best part? Compared to other coastal cities like Sydney or Barcelona, Perth isn’t bursting with tourists.

Whether you’re just making a pit stop for the night before heading on a road trip to the rugged landscapes of Western Australia or spending a few days in the city, you should consider Perth when making your travel plans this year. Here, some tips to visiting the beautiful Australian city and its surrounds.

What most people don’t know is that the city’s dining scene offers more than just coffee or beachside fish and chips. In fact, this sun-drenched oasis is home to a number of quality restaurants, with a flourishing scene that is catching up with those in bigger cities like Melbourne or Brisbane, offering new places to check out every month — whether it’s a burger joint, trendy cafe, or eateries located on the coast.

Perhaps it’s odd that a Thai restaurant has established itself as one of the best dining spots in the city, but somehow Longchim pulls it off. Its Thai inspired cocktail menu, developed and run by award-winning bar chief Dean Buchanan, provides visitors with an eclectic selection of craft beers, regional and global wines and signature cocktails, complementing the relaxed atmosphere of the restaurant. Start with a selection of chive cakes and satay chicken before moving on to what the restaurant is really known for, its spicy laksas and green curries.

or tea-smoked ocean trout with finger limes, mint and nashi pear. Of course, do not miss the assortment of 10 steaks, ranging from full blood Wagyu cuts to larger, on-the-bone steaks across a range of ageing regimes, breeders and genetics. The adjoining bar provides a more relaxed dining ambience, making the perfect spot for post lunch and dinner drinks.

Perched atop a prime Perth CBD rooftop is Wildflower, an elegant, contemporary steel and glass box on COMO The Treasury hotel’s fourth floor. Offering a bird’s eye view over the city, the spacious dining room seats up to 80 guests, with 30 more in the bar and outside terrace. The restaurant serves up contemporary Australian cuisine that revolves around the indigenous ethos of six seasons with farmer and forager-driven menus.

Perth is opening up to a new breed of luxury travellers. The past year itself saw the establishment of trendy, design-forward five-star hotels that are replacing the stuffy hotels that once were. Here, the city’s latest openings.

Occupying the State Buildings dating from the mid 19th century in Perth’s historic heart, COMO The Treasury brings the hospitality brand’s famed signature to the city, providing experiences by way of two restaurants, a bar, and the world-renowned COMO Shambhala wellness therapies. The 48-room hotel is designed by famous interior designer Kerry Hill and attracts sophisticated city dwellers or those looking for a restful base from which to explore the landscapes of Western Australia. 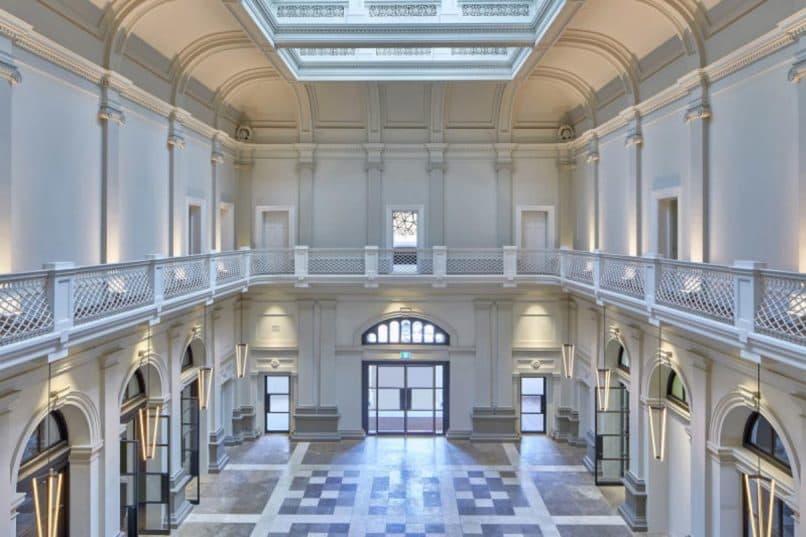 This 185-key hotel on a corner of Murray Street and Barrack Street in the CBD is one of the city’s trendiest, where opulent black, gold and rich terracotta tones set the scene for a thoughtfully designed hotel. Its luxurious guest rooms are also fitted with industrial bathrooms and touches such as crushed velvet bed heads. The hotel’s piece de resistance, though, is its rooftop bar which is synonymous with the hotel’s other locations throughout Australia. 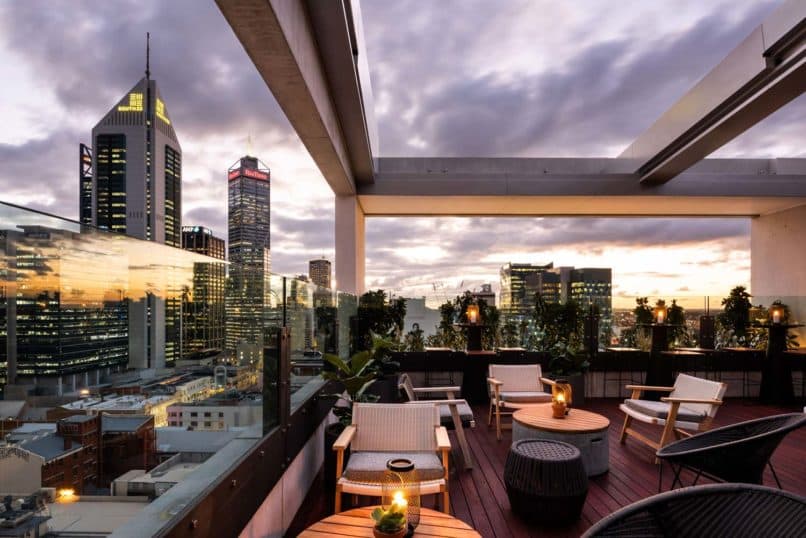 A trip to Western Australia isn’t complete without taking a road trip to visit its natural landscapes, which is what it is famed for. The state has more than 100 national parks and reserves, after all. Not only is Western Australia home to the country’s most beautiful beaches (think Turquoise Bay on Coral Coast or the Cable Beach in Broome) and national parks, it also boasts numerous vineyards, where you can easily spend a day. 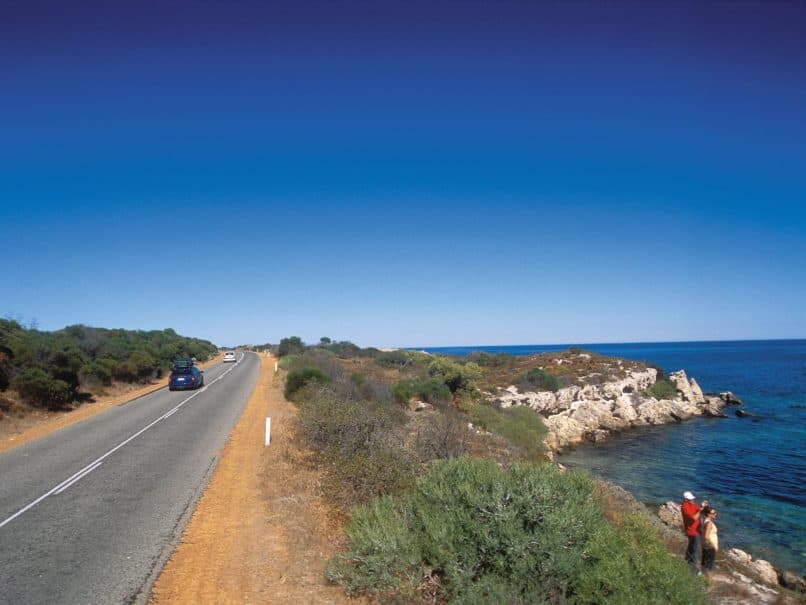 Do a weekend trip from Perth on the Indian Ocean drive, taking in woodlands, wetlands, and some of the most amazing wildflower displays in the world. Stop by Geraldton and take in views of the gorges of Kalbarri National Park, and then continue northwards to swim with whale sharks, manta rays and turtles in Ningaloo Reef.

Another road trip one shouldn’t miss when in Perth is Margaret River, an easy three-hour drive south of Perth. The town, nestled in the valley of the eponymous Margaret River, is famed for surfing and its wineries. Since its first commercial vineyard planting in 1967, the region’s natural assets have blended with the ability of the vignerons and winemakers to create one of the best wine regions on the planet.

The ideal time to head to Perth is in September, October or November, when the city is awash with the colours of spring, and sunny days are uninterrupted by rain. December to February marks summertime in the region, with scorching temperatures reaching up to 38 degree Celcius.

Fly on Singapore Airlines or Qantas, which both operate a few flights a day from Changi International Airport. Perth is then just a five-hour flight away.

Travel Australia City guide Perth
Dewi Nurjuwita
Senior Writer
Dewi Nurjuwita is a travel and design writer who can be found exploring the streets of foreign cities with passport in one hand and a cup of coffee in the other.
Travel Architecture Interior Design