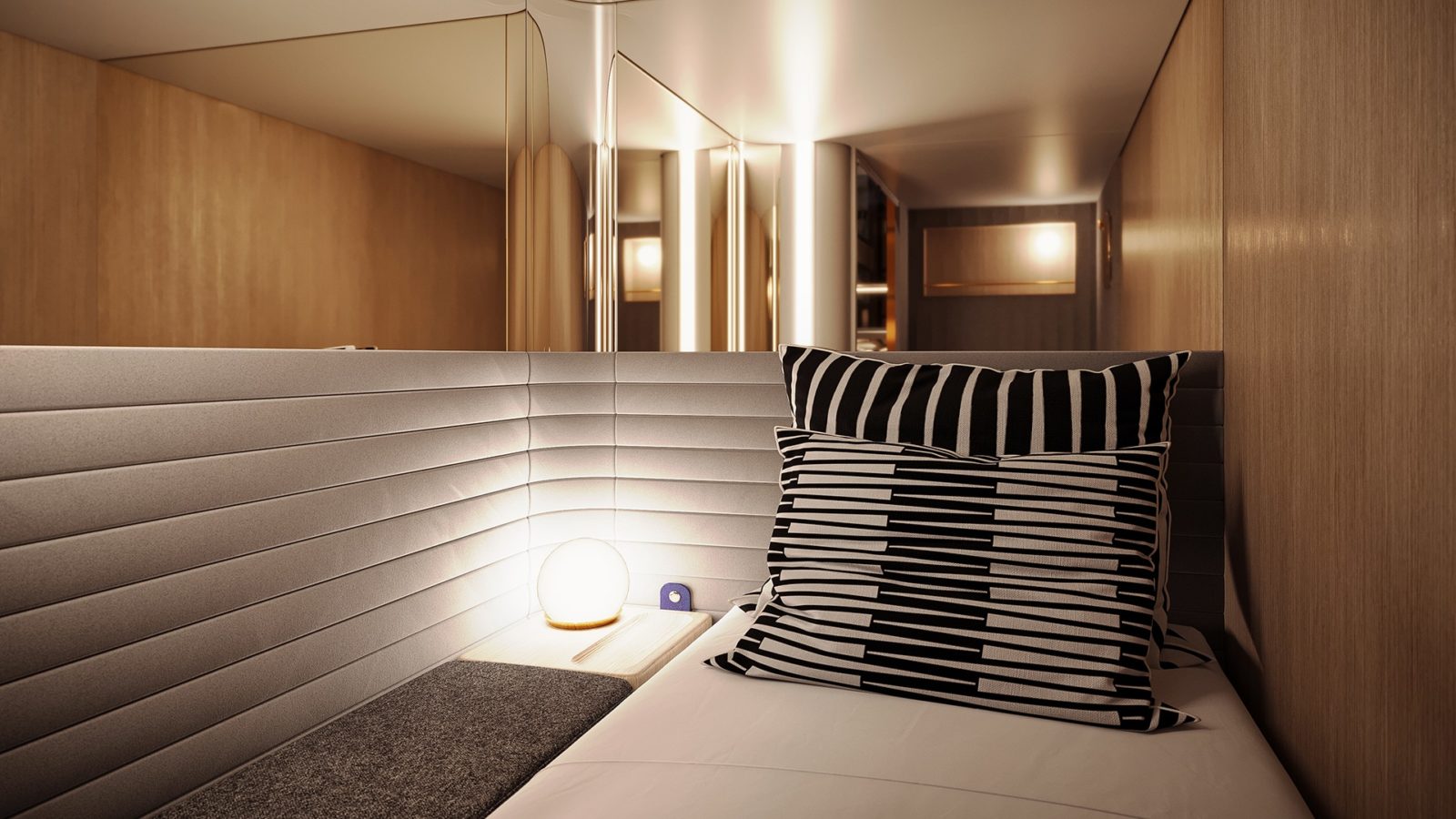 Travel
In 2024, next-generation night trains with private rooms will be departing Paris
Share this article
Next article

French startup Midnight Trains aims to launch night trains linking Paris to other major European cities by 2024, all with a focus on unprecedented comfort for passengers.

Midnight Trains describes itself as the very first French railway startup. Surfing on the country’s revival of night trains, the new company is emphasising the environmental benefits of choosing train travel over trips by plane and adding a dose of modern glamour to the affair, in the hopes of attracting eco-conscious travelers with an appetite for contemporary style.

The idea is to make a break with the sleeper train with the 1970s and 80s — the heyday of these wagons with couchettes, by updating the concept and making them genuine “hotels on rails,” that are much more comfortable and feature private spaces that guaranteeing passengers seclusion, security and tranquility. The design is comparable to a kind of small hotel room within the compartment, available for passengers traveling solo, duo or even as a family. Alongside these spaces, Midnight Trains will offer a restaurant and bar with a sleek design and the promise of high-quality, seasonal products.

Paris, a key destination for international tourists, will be the hub for these trains, which will connect the City of Light with major European cities such as Madrid, Lisbon, Porto, Milan, Venice, Florence, Rome, Vienna, Prague, Budapest, Berlin, Hamburg, Copenhagen and Edinburgh with less impact on the planet than comparable journeys by air. For example, a trip between Paris and Rome on this type of train will generate 23 times less CO2 emissions than a commercial airliner on the same route.

Midnight Trains is a project launched by Adrien Aumont and Romain Payet, respectively co-founder and secretary general of French-based crowdfunding platform KissKissBankBank. French technology entrepreneur Xavier Niel is among the many investors in the project. Between now and 2024, the startup will have to acquire rolling stock to be able to get on the right track.

This article was first published via AFP Relaxnews.

Travel Train Travel
Lifestyle Asia
Here's where you can read the latest news and stories from Lifestyle Asia and our sister titles PrestigeOnline and Augustman, curated from all of our editions in Hong Kong, Singapore, Kuala Lumpur, Bangkok and India.
Luxury