Home > Travel > Destinations > Check out: Jerusalem and its spiritual magnetism 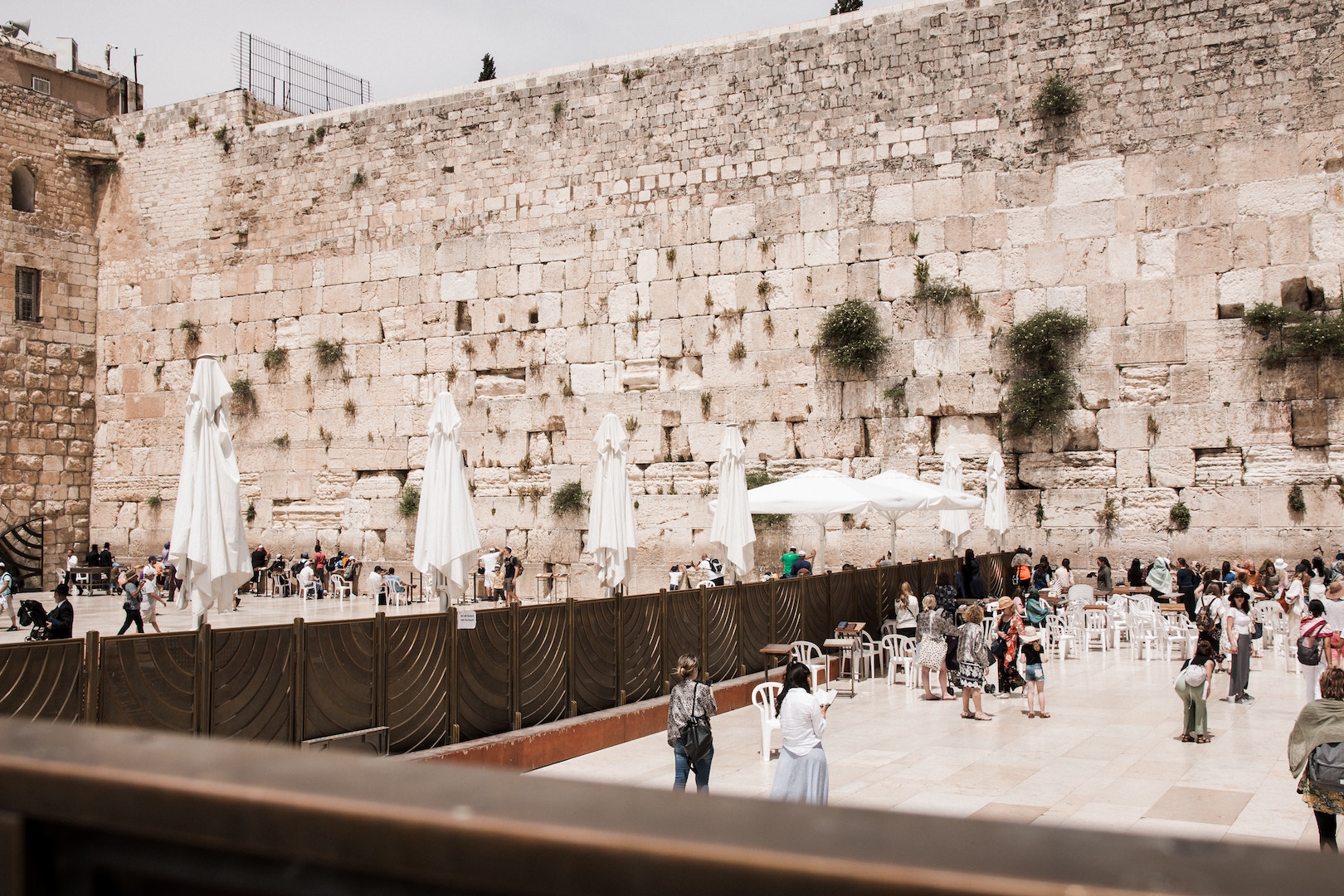 Check out: Jerusalem and its spiritual magnetism

Travel
Check out: Jerusalem and its spiritual magnetism
Share this article
Next article

If most cities are three dimensional, Jerusalem definitely covers a fourth: a spiritual dimension. It is regarded as one of the holiest locations to Jews, Muslims and Christians alike, and therefore significant to over one-third of all people on earth. Jerusalem has withstood thousands of years of conflict, and yet its spiritual magnetism has managed to draw discerning travellers from all over the world. Through the ongoing turbulence, Jerusalem has become a coalescence of immigrants — each adding a layer of their own culture to the already rich mix.

In Jerusalem, history is not nearly a thing of the past. Modern buildings are enveloped in ancient Jerusalem stone, while orthodox neighbourhoods are merely steps away from contemporary million-dollar condominiums. One thing’s for sure: even as the city hurtles towards the future, the past informs its present.

Temple Mount and the Dome of the Rock

The three major faiths of Israel (Islam, Christianity and Judaism) all share Temple Mount as a piece of religious architecture. Although the site is under Israeli sovereignty, Jewish prayer is forbidden there as it is administered by the religious trust, the Muslim Waqf. This has led to the landmark being the focal point of inter-religious tension, but at times of elevated strains, access to the area is restricted. All visitors are able to tour the compound, with the exception of the Dome of the Rock, which can only be accessed by Muslim guests. Travellers are expected to dress modestly, and sacred Jewish objects such as the tallit or prayer books are not allowed.

The Wailing Wall and the Kotel Tunnels

The Wailing Wall, also known as the Western Wall, is considered to be the holiest place for the Jewish faith. It is last surviving remnant of the original Temple Mount but due to prayer restrictions in Temple Mount, the Wailing Wall has served as an alternative prayer area for the Israeli Jews. A tour of the Kotel Tunnels will unravel the hidden sections inside the Western Wall. Discover the history of the Wall by traversing through its different layers, passages and ancient streets.

Most fondly known as ‘The Souk’, Mahane Yehuda is Jerusalem’s largest and oldest market. It represents the heart of Jerusalem with its effortless integration of both the old and new — vegetable carts can sit next to modern cafes in perfect harmony. Coupled with an intoxicating fusion of colours, scents and sounds, the market here sells everything from clothing to fresh produce and traditional snacks.

There is a myriad of Kosher restaurants in Jerusalem, but Rooftop takes the cake with its unparalleled views of the city. Rooftop is best known for its lavish cocktails and refined dishes. Although the menu does come at a heftier price tag, sitting alfresco with the fresh Jerusalem breeze and the magnificent view make it worth the visit. On your next trip, be sure to grab a bite of their organic chicken with candied pecan or the Beef Fillet Rissoni with artichoke cream.
More info here

The Eucalyptus, one of the most memorable restaurants in Jerusalem, is located in the Artist Quarter of the city and set in an ancient stone building. The antiquity of the infrastructure lends itself to the food — modern interpretations of biblical cuisine. Owned and led by Ched Moshe Basson, the establishment is the outcome of his research into resurrecting recipes and ingredients from the long-forgotten cuisine. Expect a chance to explore the roots of western culture on this culinary journey from the bible to the kitchen.
More info here

Unlike its previous hidden location near Mahane Yehuda, Hamtozi has recently moved to an ancient building on Jaffa Road. The restaurant now offers a bigger area for diners to move about, but the intimate atmosphere is not lost. The iconic open kitchen comes alive in the evenings, pumping out aromatic flavours into the cosy atmosphere. Chef Avi Levy, the winner of the 2012 Israel Masterchef, designed the menu based on his North African roots. Every trip to Hamtozi is akin to joining Chef Avi Levy into his home for a family dinner, complete with a warm and comforting menu.
More info here

Cramim Hotel is located just 15 minutes away from Jerusalem. Amidst vineyards in the peaceful countryside, guests can enjoy a different side of the city in one of their 156 guests rooms overlooking the Jerusalem Mountains. It houses a 3000m² spa area, inclusive of 23 treatment rooms, for guests to fully unwind after a long day of exploration. Visitors are also able to access the Turkish bath and the fitness centre at no extra cost. Fancy trying glass or two? The hotel’s very own bar boutique hosts wine tastings as well as lectures on the subject of wine.
More info here

For those who want an experience straddling both the modernity of Jerusalem as well as the city’s past, consider a stay at the Inbal Jerusalem Hotel. The luxurious modern interior is juxtaposed against its structure, which is built entirely in traditional Jerusalem stone. The property offers an outdoor pool that is uncovered during the summer but heated and covered in the winter. Bordered by thick green pine trees, the hotel provides a perfect central hideaway for any traveller.
More info here

Waldorf Astoria is slightly distanced from the hustle and bustle, just 500 metres from the Jaffa Gate and Jerusalem’s Old City. Designed by award-winning Turkish architect Sinan Kafadar, the building fuses Greco-Roman, Gothic and Ottoman motifs to form a truly show-stopping piece of property. It houses 225 of the most spacious guest rooms and suites in the city, alongside one-of-a-kind bespoke service. All guests are entitled to a personal tablet during their stay, to access the different facilities in the hotel, as well as for personal usage such as checking their mail.
More info here

Middle East Israel Jerusalem Holy Land
Jocelyn Tan
Senior Writer
Jocelyn Tan is a travel and design writer who's probably indulging in serial killer podcasts or reading one too many books on East Asian history. When she actually gets to travel, you can find her attempting to stuff her entire wardrobe into her luggage. Yes, she's a chronic over-packer.
Travel Design