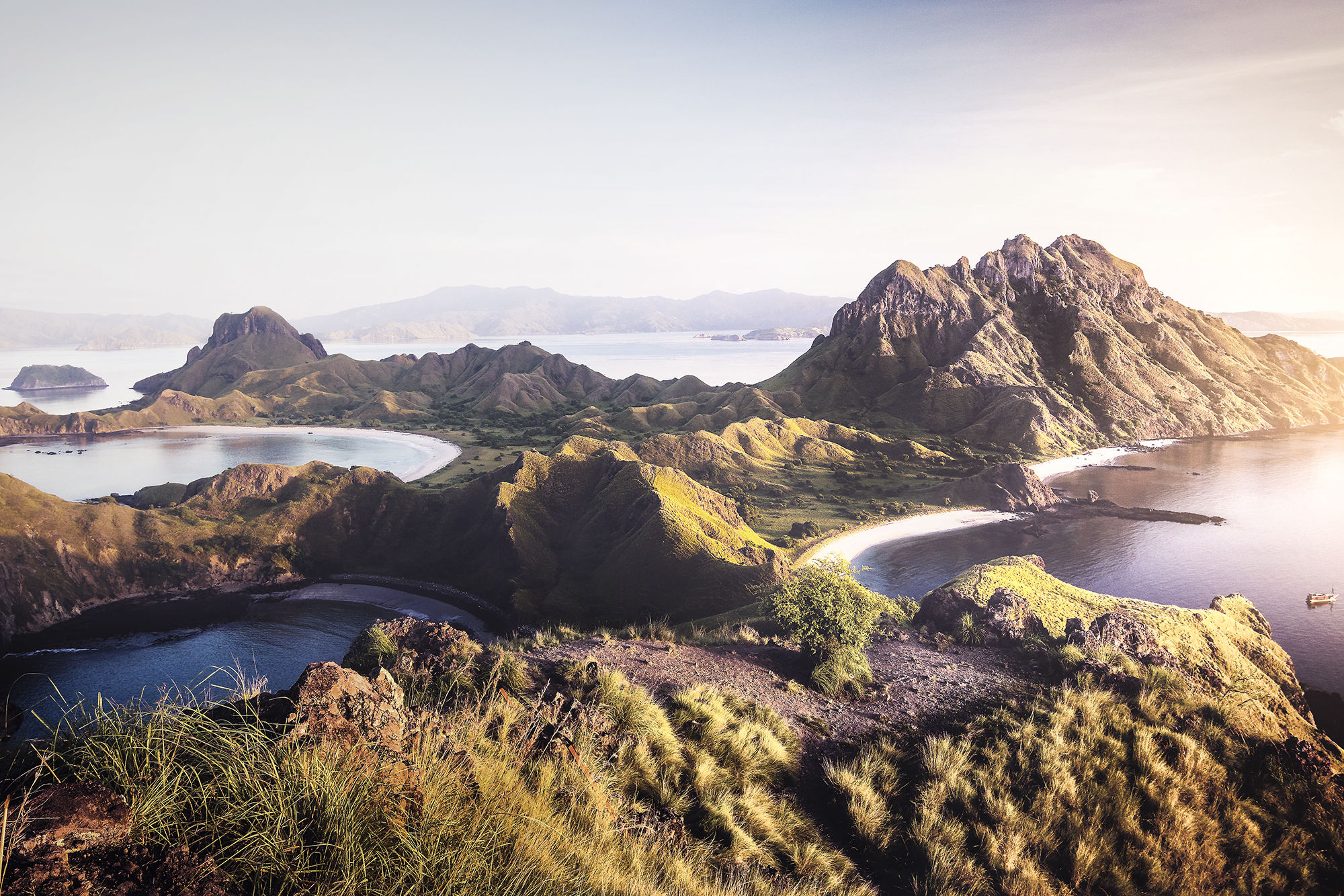 Will Komodo National Park be Indonesia’s next trending travel destination?

Travel
Will Komodo National Park be Indonesia’s next trending travel destination?
Share this article
Next article

When one mentions islands in Indonesia, Bali automatically springs to mind. The tourist hotspot boasts picture-perfect beaches, lush landscapes and a thriving culinary scene. Yet the sprawling archipelago is home to over 17,000 islands; the vast majority of them remain relatively unknown even if they’re just as breathtaking as the Island of Gods.

That seems set to change — at least for a group of islands that’s home to a species of gigantic, rare and some say terrifying reptiles: the komodo dragon. Welcome to the UNESCO-listed Komodo National Park, a group of 29 islands that includes the larger Rinca, Padar and Komodo Islands. Around 5,700 of these magnificent beasts live on these rugged habitats where they’ve been thrilling adventure seekers with their fast-moving nature and potentially deadly bites.

More than just being the only place in the world where the elusive Komodo dragons roam free, the UNESCO World Heritage Site boasts a stunning landscape of rusty-red volcanic hills, savannah and lush forests — as well as the advantage of being within close proximity to some of the world’s best diving and snorkelling spots in the world.

Just a short boat ride will treat you to over 85 species of corals, mangrove forests and seaweeds home to thousands of fish species, 70 types of sponges, 10 types of dolphins, 6 types of whales, green turtles, and various types of sharks and stingrays in the region’s most popular diving spots. If you’re a diving enthusiast, check out Merah Beach, Batu Bolong and Tatawa Islands.

And while Komodo National Park is increasingly being put on visitors’ radars, there has been a shortage of luxury accommodation options in the area, especially ones from trusted hotel chains.

Ayana Hospitality is set to change this, with its latest resort, Ayana Komodo Resort, Waecicu Beach, slated to open in summer 2018. This makes the hotel chain the first established name to launch a resort in the Flores region, located just an hour’s flight from Bali.

The Ayana brand is a name that’s already known in Bali and Jakarta for its hospitality and exceptional hotel design. It boasts offerings such as the Ayana Resort & Spa Bali, famed for its award-winning Rock Bar that’s perched atop a cliff on the coasts of Jimbaran Bay.

The hospitality chain’s latest resort will be nestled on the beautiful Waecicu Beach overlooking Komodo National Park, perfect for those looking to explore the group of islands. Accommodation comes in the form of 12 fully-appointed suites and 189 premium guest rooms featuring contemporary designs blended with Balinese culture — complete with large windows that treat guests to all-encompassing ocean views.

Amenities include a private white sand beach, three swimming pools, a resort spa, a fully-equipped gym, as well as a rooftop and function suite that boasts splendid ocean views. It will also be home to a range of dining establishments — including an all-day dining venue serving local and international cuisine, rooftop bar, kisik seafood barbeque restaurant, Japanese restaurant, the Pier Bar and Lobby Bar.

Travellers who have always wanted to visit Komodo National Park but have been put off by the lack of luxury accommodation in the area now have no excuse. Getting there is rather straight-forward, too.

Bali Ayana Resort and Spa Komodo Island flores indonesian islands islands near bali islands in indonesia labuan bajo
Dewi Nurjuwita
Senior Writer
Dewi Nurjuwita is a travel and design writer who can be found exploring the streets of foreign cities with passport in one hand and a cup of coffee in the other.
Travel Architecture Interior Design
Sign up for our newsletters to have the latest stories delivered straight to your inbox every week.