Home > Travel > Destinations > Check out: Marseille, the city where France and the Mediterranean merge 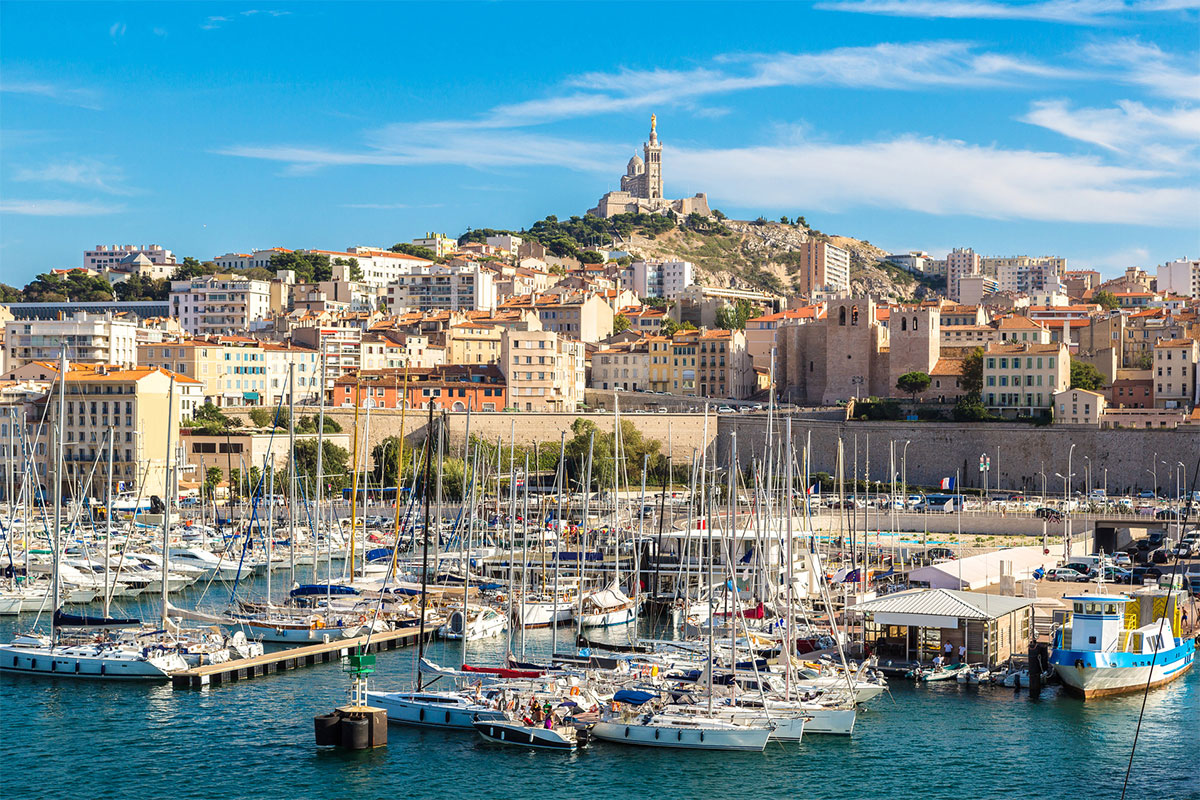 Check out: Marseille, the city where France and the Mediterranean merge

Travel
Check out: Marseille, the city where France and the Mediterranean merge
Share this article
Next article

France’s varied terrain offers draws for tourists of all persuasions, especially when it comes to the nation’s South. Mountainous expanses interspersed by thriving cities that house cultural monuments exist just a throw (well, a drive) away from the scenic coastlines of Provence, but within the region, there is one site where you can experience the best of all worlds with welcome convenience. That place is Marseille.

As the second largest city in France, Marseille is a metropolis that blends the old and new with the contemporary and the antiquated. The former Greco-Roman settlement is more than just the thriving Old Port it is globally renowned for, and all it takes is a week of wandering its arrondissements to make that truth self-evident.

We recently were on a tour with Provence with Atout France and the local tourism offices, and Marseille was one of the stops. We got to explore, dine and dwell in the city, doing the legwork to bring you this guide of what can’t be missed on your trip there.

What to do in Marseille

It’s not a trip to Marseille if you don’t spend time strolling around Vieux Port, the perimeters of the 2000-year-old marina that forms the veritable heart of the city’s circulatory system. It is the gateway to the Mediterranean coast, which means you get yachts streaming in and out of the waterfront round the clock — some of which you can board for day trips, but more on that later — and an easy reference point from which you can walk to any number of the city’s historical sites.

Some notable monuments near Vieux Port include the Fort Saint-Jean, one of the two fortifications in the Marseille with aspects that date back to the 13th-century, the Hôtel de Ville, a baroque-style building that survived the ravages of World War II and now functions as the City Hall, as well as the Abbey of Saint-Victor, a Romanesque monastery with a crypt that dates back to the third century.

Vieux Port also has a daily market that runs from morning till the afternoon, with freshly-caught seafood and local crafts being its speciality.

Despite being the oldest district in Marseille, Le Panier is bereft of the old, dusty cloak of the past that most historical neighbourhoods wear. Instead, Le Panier exudes a cross-cultural, bohemian charm that is accentuated by the colourful, street-facing shophouses where craft workshops, restaurants, cafés and boutiques coalesce. You can easily spend half a day strolling up and down the slopes of Le Panier and still leave with the sense that there is plenty more to explore.

A significant bulk of Marseille’s cultural wealth lies in the wide array of museums spotted around the city. The most famous of the bunch is MuCEM, short for the Museum of European and Mediterranean Civilisations, an unmissable Brutalist structure on the harbour. Inaugurated in 2013, this relatively new epicentre of the city’s history charts the intersections between the Mediterranean and Europe, an unmissable spot for history buffs to visit.

Apart from the MuCEM, the city also has three others worth parked near enough to one another in the Palais Longchamp that ought to be in your itinerary — the Museum of Fine Arts, the main Marseille History Museum, as well as the Natural History Museum.

A guide to a French city is not complete without a mention of the church, and Marseille has one of the nation’s finest. The Notre-Dame de la Garde is a basilica built on the highest point of a limestone outcropping just outside the Vieux Port. Walk towards the towering golden effigy of the Madonna and Child if you’re approaching from the city, and once you’ve combated the short hike up, you’ll be awed by the combination of 360° views offered by the church’s peak, and its Neo-Byzantine interiors outfitted with colourful mosaic tiles.

Another one of Marseille’s selling points is its proximity to a handful of small islands known as the Frioul archipelago, easily accessible via ferries from Vieux Port.

Even if you’ve never tackled Alexandre Dumas’ The Count of Monte Cristo, you’ve heard definitely heard of the classic, and if you visit Château d’If, you can say you’ve been to the site where Dumas’ novel is made a reality. This fortress was the real-life prison where Dumas’ hero, Edmon Dantès was incarcerated, but beyond the fictional, it also has an intense history that features other notable prisoners including Jean-Baptiste Chataud, the man purportedly responsible for inflicting a devastating plague to the city in the 1700s.

Les Calanques is Marseille’s scenic coastal national park that offers visitors a whole roster of activities, from hikes, to rock climbing, to swimming in its azure waters as the sun warms your back. There are boat tours from the city’s port that will take you around the park, or you can rent a car to make your way there on land.

Sofitel Vieux-Port is a hotel that gets it right. The premises are just outside the chaos of the old port, but near enough that you can walk there, saving you the hassle of dealing with transportation. The rooms are all spacious and filled with natural light, with most offering a view that faces the waterfront.

Beyond the personal quarters, Sofitel Vieux-Port is a hotel gem in Marseille because its restaurant and rooftop bar provides a feast for the eyes with an unrivalled panorama of the skyline that unfolds past the doors.

There are no direct flights to Marseille from Singapore, so the easiest air travel route would be on Air France, direct to Paris, with a connecting flight after to Marseille’s airport. However, if you are planning to visit whilst already in France, there are buses, trains and domestic flight options to explore from all the major towns and cities.

Travel Guide France check out Marseille
Beatrice Bowers
Features Editor
Beatrice Bowers writes about beauty, drinks, and other nice things. When not bound to her keyboard, she moonlights as a Niffler for novels and can be found en route to bankruptcy at your nearest bookstore. Don't tell her boss.
Drinks Beauty