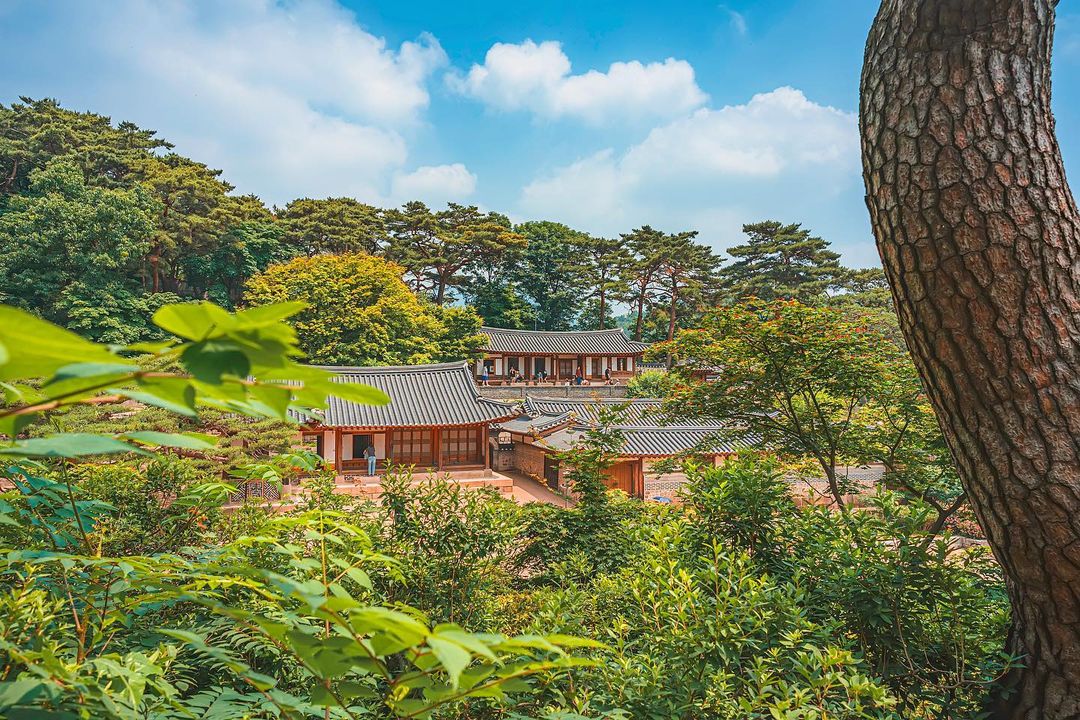 With flashing lights, crowds and clubs at Itaewon and a whole host of glitzy buildings over in Gangnam, Seoul hardly comes across as a quiet city. Yet, what lies within the city is Buam-dong, a secret hideout that locals often head to for a quick recharge from their bustling lives.

The neighbourhood hardly feels like Seoul. Here, it’s shrouded by the nearby Inwang and Bugak mountain. The charming locale is an oasis in a sprawling metropolis, hypnotised with an old-town feel from the abundance of art galleries, cafes, low-lying houses and ample greenery — a clear distinction from the high-rise apartment complexes that so often dominate the majority of the other neighbourhoods.

As more individuals find themselves increasingly stressed with their lives, many have taken to a change in scenery when it comes to enjoying their weekend, and Buam-dong, with its laid-back appeal, has become a popular destination amongst locals.

Yet, this isn’t the first time Buam-dong has seen a spike in visitors to the neighbourhood. Following the success of the 2007 Korean drama Coffee Prince, whose main leads include Gong Yoo (Train to Busan, Squid Game) and Yoon Eun Hye (Princess Hours), locals and tourists alike flocked to the area to get a glimpse of the cafe and the area the drama was filmed in. Another reason for it’s popularity? A seemingly inconspicuous stairway that leads to Jahamun Tunnel was also featured in the Oscar-winning movie, Parasite. Yes, it’s the same, never-ending staircase the Kim family ran through during the relentless thunderstorm.

Whether you’re thinking of travelling to Buam-dong for a glimpse of the filming locations, or even just to get a quick respite from the towering skyscrapers, here’s everything to see and eat in the quaint neighbourhood of Buam-dong, Seoul.

You might also like…
Travel
Neighourhood Guide: Ikseondong, Seoul’s trendiest hangout
Travel
Stay at these boutique hotels in Seoul to see a different side of the city

How to get here:

Taking public transport in a foreign country can be intimidating, so if you’re one for a taxi ride, Buam-dong is about a 10 minute drive from Gyeongbokgung Palace, one of the city’s most popular tourist attractions. Seasoned travellers can simply take Exit 3 from Gyeongbokgung Train Station, take bus number 7022 and get off at Buamdong Office terminal. 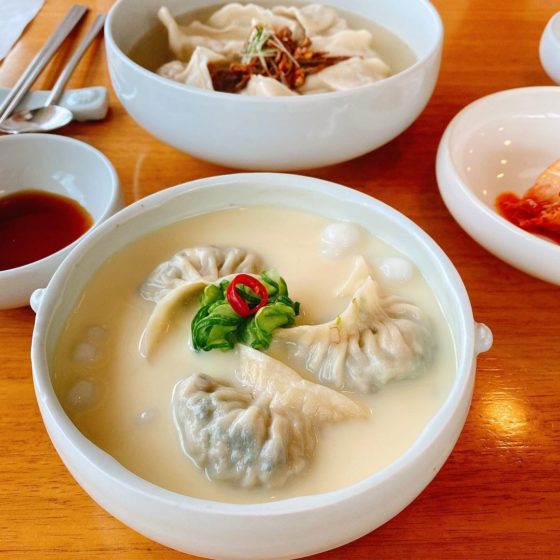 What to eat: Jaha Son Mandu

If there’s just one place you have to dine at when you head over to Buam-dong, it’s Jaha Son Mandu. After all, dumplings are always a good idea at anytime of the year, right? A Michelin Bib Gourmand joint, the humble dumpling restaurant spotlights a family recipe passed down through the generations, each one elegantly plated for a visual feast that matches the taste. The signature dish is the dumpling soup (mandu guk), a beautiful beef broth that’s served with a variety of pork, bean curd and vegetable dumplings.

Pro tip: try to ask for a seat by the main dining room if possible, as it boasts a stunning view of Inwang Mountain during the day. 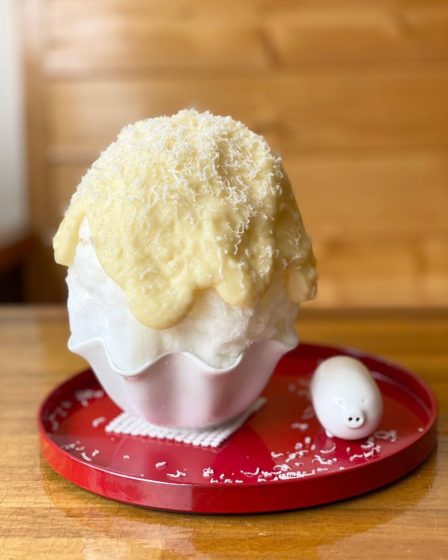 What to eat: Boo Bing

Dessert goes to the heart, not the stomach, so we’re heading to Boo Bing for some delectable patbingsu, or shaved ice. The cafe uses fresh, seasonal ingredients to craft these mounds of shaved ice, and diners can expect anything from peach and potato (it’s not as weird as it sounds, we promise) to black sesame and tiramisu. 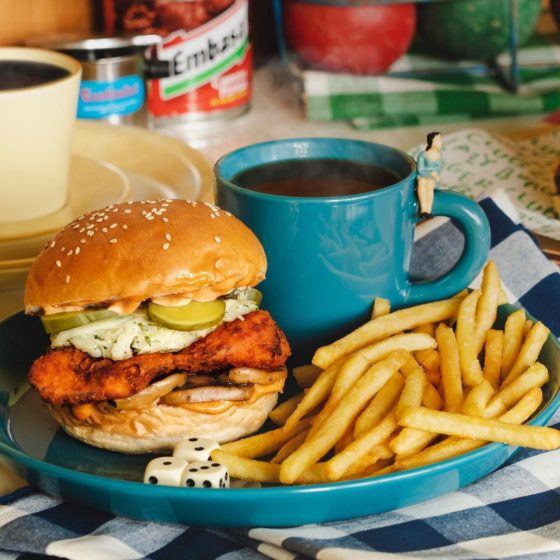 What to eat: Lazy Burger Club

It’s hard to miss Lazy Burger Club at Buam-dong. With its tall neon gas station sign that signals its entrance, you’d think for a second that you were on a road trip down Route 66 instead. If you haven’t guessed already, the cosy diner sports an old American vibe, with a number of burgers to choose from. Spice lovers can challenge themselves with the Crazy Bird, a thick number complete with three different spice levels. Starving? Get the set — besides your burger of choice, it also comes with a bottle of soda and French fries or potato wedges. 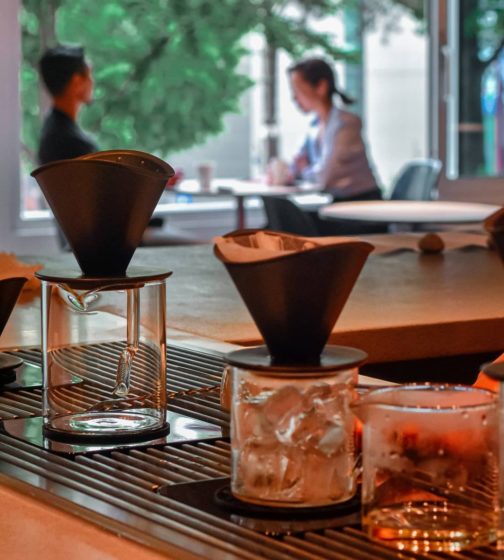 What to eat: Coffee Ffound

Coffee Ffound is where you should go if you’re looking for a café to rest your feet at while escaping from the elements outside. Apart from a whole variety of coffee beans to choose from, you can also indulge in a selection of desserts like canelés and lemon loaf cakes. Have we mentioned that the cafe’s minimalist interior and red brick exterior are great for pictures too? You can thank us later. 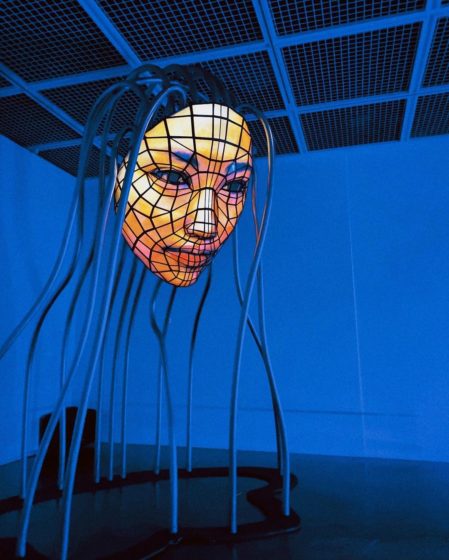 What to see: Seoul Museum

Home to three floors of exhibitions (both permeant and rotational) that present modern and classical art by Korean and foreign artists, Seoul Museum is one of the must-visit places for first-timers to the neighbourhood. Spacious halls help to keep the crowd to artwork ratio pretty well-balanced, and audio guides are available as well.

Seoul Museum is closed on Mondays and Tuesdays, and entrance fees for adults cost 9,000 won (S$10). 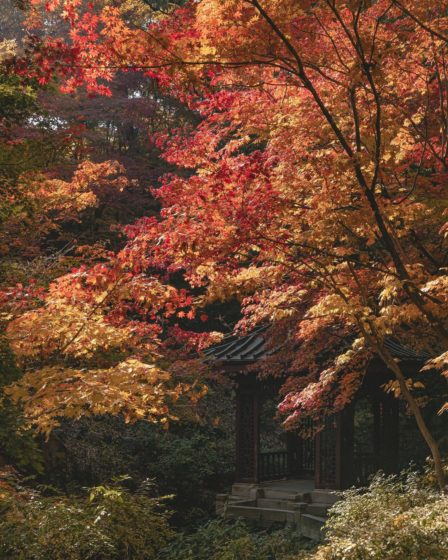 We’re cheating a little when it comes to Seokpajeong. Located within the grounds of Seoul Museum, Seokpajeong is a villa that was once occupied by Heungseon Daewongun, the father of Emperor Gojong. Its name, loosely translated to “surrounded by water, soaring above the cloud” in English, perfectly depicts a picturesque scene of traditional Korean houses (hanok) that blends perfectly with its surrounding greenery. 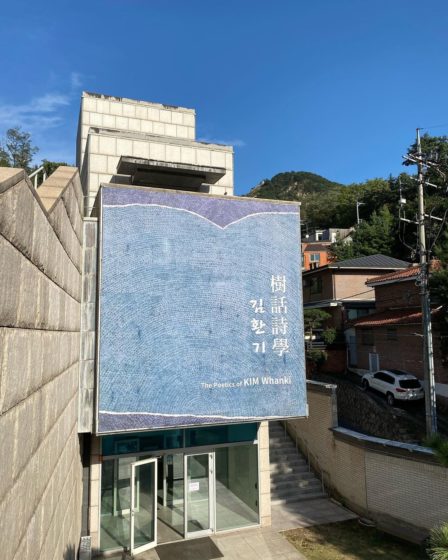 What to see: Whanki Museum

Seoul Museum may be the one pulling crowds into the quaint neighbourhood, but there are a ton of other art galleries worth exploring around the area as well. Case in point: Whanki Museum. An ode to the late Whanki Kim, a painter known as one of the pioneers of abstract painting in Korea, the beautifully designed, private art museum showcases over 2,000 pieces of his artwork, together with a rotating exhibition over at the annex building.

Address
63 Jahamun-ro 40-gil, Buam-dong, Jongno-gu, Seoul, South Korea
Website
Website here
Travel South Korea Seoul neighbourhood guide Buam-dong
Jocelyn Tan
Senior Writer
Jocelyn Tan is a travel and design writer who's probably indulging in serial killer podcasts or reading one too many books on East Asian history. When she actually gets to travel, you can find her attempting to stuff her entire wardrobe into her luggage. Yes, she's a chronic over-packer.
Travel Design