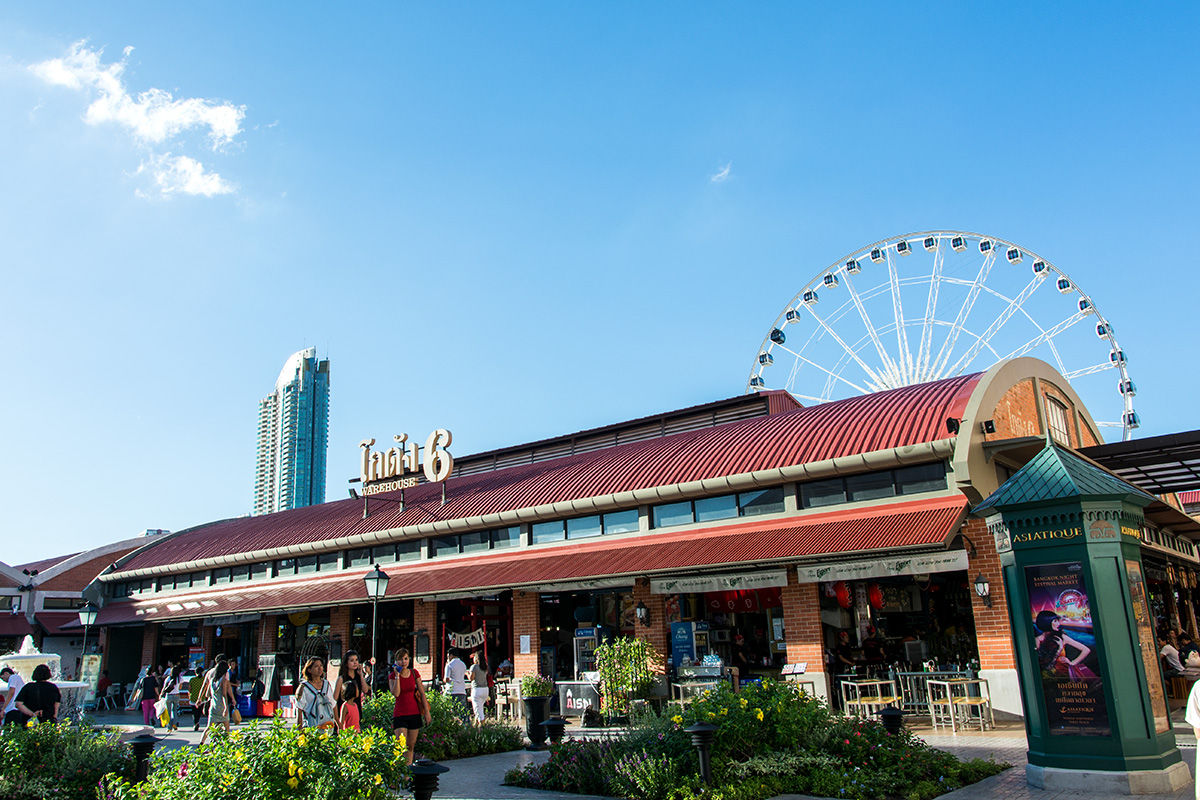 Charoenkrung, home to Bangkok’s oldest street, has gone through a resurgence over the past few years, transforming into one of the Thai capital’s hottest neighbourhoods. The district is a blend of old and new, seeing old shophouses and reconstructed warehouses juxtaposed against some of the swankiest residential projects in Bangkok, such as the new Four Seasons Residences and Menam Residences.

Although opulent high-rise developments have increasingly put the enclave on the map, Charoenkrung has also seen an explosion of art galleries, independent boutiques and cool bars taking over its vintage shophouses in recent years, attracting the creative crowd.

While Bangkok is famous for its Thai cuisine and thriving culinary scene with both world-class restaurants and local dining establishments, Charoenkrung is slowly transforming into an underrated foodie enclave with some of the best restaurants in the city — thanks to the independent cafes and restaurants that have opened up in the area.

Walk down a small alley of Charoenkrung Soi 28 and you will find Little Market, a charming diner tucked into a single-unit shophouse decked out with vintage collectables and colourful walls. The cafe is helmed by Chet Adkins, chef of Ce La Vi in Bangkok and Hong Kong, who whips up Western cuisine such as his signature steak burger, which is made with a 270-day grain-fed Australian black Angus patty and bun from Charoenkrung’s legendary Panlee bakery.

Another one of our favourite restaurants in the area is The Never Ending Summer, a dining establishment housed in a repurposed riverside warehouse. Dreamt up by renowned starchitect Duangrit Bunnag and his partner, the rustic restaurant serves up nostalgic Thai dishes reinterpreted with contemporary influences, such as the Pla Haeng Tangmo (cold watermelon served with dried fish flakes), Nam Prik Long Ruea (shrimp paste sweet relish served with sweet pork, salted egg yolk and fluffy catfish flakes), as well as grilled kurobuta pork collar.

Once a humble hostel diner, 80/20 Bangkok has evolved into one of the best dining establishments in the city. Here, 80 percent of the ingredients used are locally sourced. And while the dishes on its menu are not typically Thai, there is an emphasis on the big and bold flavours favoured by locals, particularly in its main dishes, drinks and desserts.

A must-try is the juicy and flavourful pork belly porchetta coated in pickled garlic gastrique. Pair it with the Sangkaya Fak Thong pumpkin creme brulee and the Tid Koh cocktail, made up of Chalong bay rum, sugarcane juice, coconut juice foam and garnished with kaffir lime leaves.

Night owls should also explore Charoenkrung’s lively bar scene, which offers everything from French-themed cocktail bars to galleries that double up as nightlife venues. There is definitely never a dull night in the district.

One of the area’s most prominent heritage structures is the five-storey Foo John building located on Charoenkrung Soi 31, once owned by Chinese merchants. On the first and second floors of the restored shophouse is a retro-style establishment called Foudejoie, helmed by French owner Romain Dupuy. Downstairs, you’ll find a bistro serving cold cuts and crepes alongside wine, while a prohibition era-themed cocktail bar sits upstairs. Here, French spirits are spotlighted in classic cocktails based on The Savoy Cocktail Book.

Ba Hao, on the other hand, is an oriental-themed watering hole located on Soi Nana. The blinking neon-lit logo calls to mind the gritty vibe of Shanghai’s red-light district. Here, you can indulge in Chinese-inspired concoctions boasting names like Forbidden Gold (made up of Tsingtao beer, liquor, mashed plum and lime), as well as an Asian-inflected version of the Negroni — which replaces the usual vermouth with Chinese medicinal wine made of ginseng and herbs.

While one of the world’s biggest outdoor markets, the Chatuchak market, is on the list of every visitor to the city, it’s undoubtedly not the most glamorous shopping destination. If putting up with the sweltering heat while shoving through an endless sea of fellow shopaholics isn’t your thing, Asiatique The Riverfront is an alternative.

The upscale night market fuses the experience of Thailand’s traditional open-air markets with the comfort of a chic shopping mall right on the banks of the Chao Phraya river. The sprawling venue consists of 1,500 stores offering everything from clothing by local designers to unique trinkets you can buy for your loved ones back home.

If you prefer to lounge with a refreshing drink instead of finding your way through maze-like alleyways, Asiatique also boasts buzzing restaurants and bars housed in colonial-style warehouses, such as Kodang Talay (which specialises in seafood) and the black-and-white themed Checkmate. Additionally, its two cultural theatres play host to nightly performances, such as the popular Calypso Cabaret Bangkok.

With many art galleries and exhibitions popping up in the neighbourhood, Charoenkrung is also establishing itself as Bangkok’s creative district. One of its most prominent art establishments is the Thailand Creative & Design Centre (TCDC), which relocated from its former home at the Emporium to an eighty-year-old building in Charoenkrung that was once the Bangkok General Post Office.

Warehouse 30, which opened in August this year, is Charoenkrung’s ambitious new art and design complex located right by the river. Like the Never Ending Summer, the project is the brainchild of Bunnag, who transformed a 4,000-square-metre stretch of abandoned World War 2-era warehouses into a lifestyle destination consisting of stores, a cafe, boutiques, motorcycle showroom, bookshop, as well as an open theatre.

While Charoenkrung is one of Bangkok’s most historical districts, it’s increasingly transforming itself into one of the city’s most modern and artsy enclaves. It boasts surprises at every turn too, with galleries located in old soy sauce factories and restored shophouses that are now home to some of the city’s best bars. Beauty definitely goes beyond the surface at Charoenkrung, and visitors who want to experience both old-town Bangkok and contemporary Thai establishments will certainly find it here.