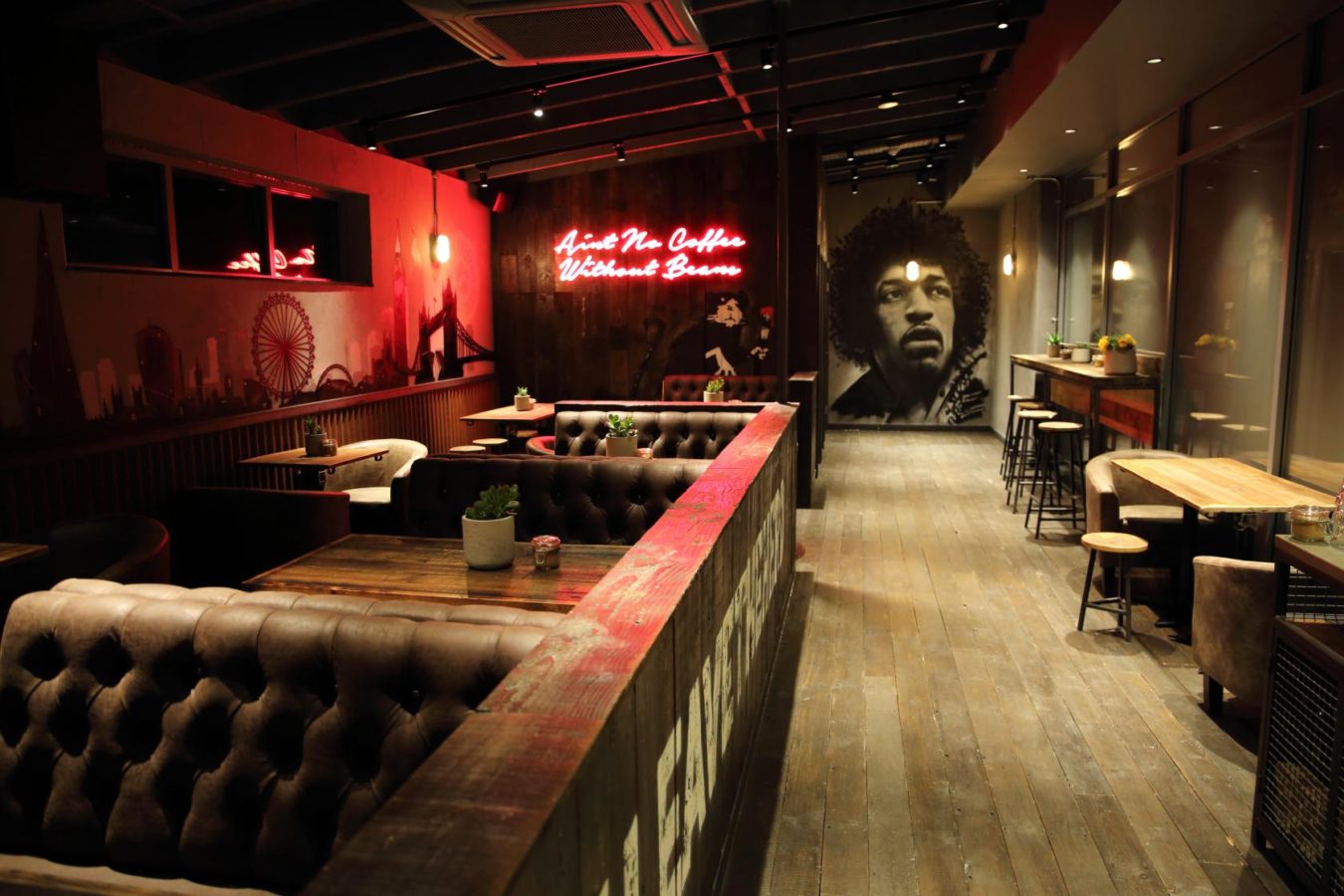 Mention the word “Wembley” and the first thing that comes to mind is that sprawling £1.09-billion stadium that’s hosted some of sports and music’s greatest. There is, however, so much more to the town than football, making it one of the most exciting up and coming spots in the city to visit.

Located in north-west London, England in the ceremonial county of Greater London, Wembley used to be largely suburban and drab, but is seeing a resurgence in popularity amongst young city-goers thanks to years of regeneration efforts. 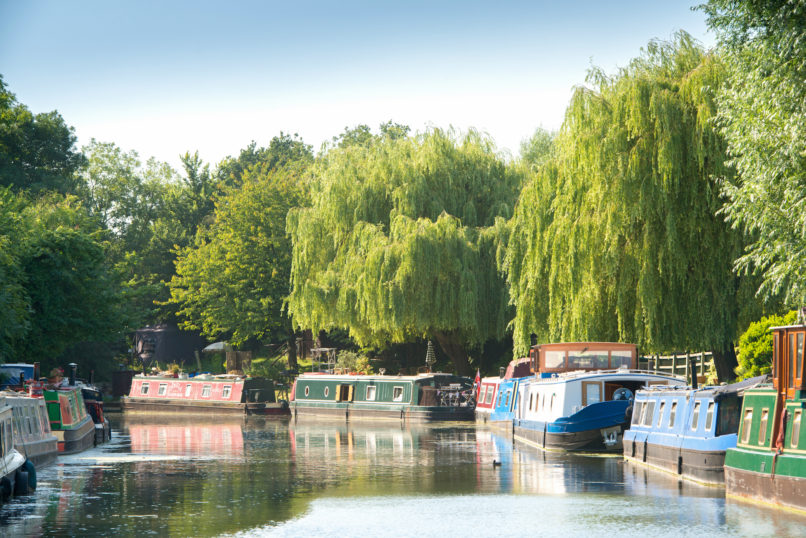 Today, it’s a treasure trove of surprises for food and nature lovers — besides football fans, of course. Wembley Park, which includes Wembley Stadium and Wembley Arena (now SSE Arena), is about a mile northeast from the town centre, and has been dubbed “London’s most exciting cultural neighbourhood.”

The area is rife with tree-lined boulevards and an exciting food scene, alongside quirky independent shops you’d be hard pressed to find elsewhere. This new way of urban living is bolstered by the fact that developers are looking to provide trendy apartments for living or rental. No. 10 Watkin Road by Barratt London is the latest to join the town’s rapid upgrade, and is a stone’s throw away from the stadium and Wembley Park, rising 23 stories above to offer bird’s eye views of both. 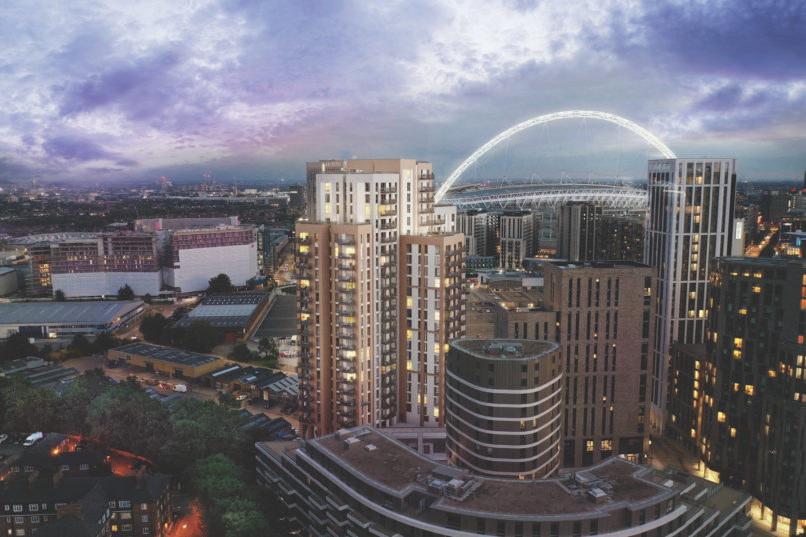 Elsewhere, you’ll find a number of parks with plenty of wildlife, so you’re never too far from serenity. If you’re looking to get away from the bustle of London, but are not quite ready to head into the countryside, Wembley might be your best bet.

Wembley is easy to get to; there are three main stations: Wembley Park Station, Wembley Stadium Station, and Wembley Central Station. The first is connected by London Underground’s Jubilee and Metropolitan lines, while the second is run by Chiltern Railways  and is about 10 minutes away from London’s Marylebone station. Wembley Central Station is served by the London Underground Bakerloo Line, London Overground, London Midland and Southern lines, so you’re pretty much sorted no matter where you’re arriving from.

If you’re travelling by car, take the North Circular, which is the ring road around central London. It provides easy access around the city, and is a mere 8 miles to Bond Street in central London.

We’ll start with the obvious here, and that’s watching live sports and concerts at the sprawling Wembley Stadium. This part of the capital is especially known in the country and around the world for its association with football. The venue is, after all, home to the England national football team, and is the primary host for this year’s UEFA European Football Championship.

The SSE Arena nearby is another equally popular music venue, having hosted some of music’s greatest, from Queen and Michael Jackson to ABBA and Madonna.

Those familiar with London would’ve been to Boxpark in Shoreditch by now, but there’s also one right in Wembley. Here, the same trendy recycled container exterior has been kept, only this time outfitted with a sporting theme that fits in so well with the area. The PLAY area here offers activities that range from axe-throwing to virtual reality experiences for the whole family, while the Playbox area offers either a game of table football or shuffleboard.

Art lovers will enjoy the Wembley Park Art Trail. Here, 14 pieces of artwork are on display, each of which are open to the public. Grab a coffee in Boxpark Wembley and enjoy the sports themed art this winter; our personal favourite is Legends Calling by Louisa Smurthwaite.

Get out and explore the great outdoors

If you’re a fan of parks, or are travelling with children or a dog, you’d be pleased to know that Wembley has some of the best parks in the capital — we’re talking the kinds that’ll make you forget you were in a big city. Fryent Park is is the largest of them all, and covers 103 hectares so there is plenty of room for walking, picnics, and sports. There’s even an area where ponies can graze. If you enjoy getting out into the water, Brent Reservoir is perfect for paddle boarding, kayaking, and fishing during the summertime.

Play a round of crazy golf

For a little friendly competition between you and your friends, head to Pop Golf, Wembley Park’s latest attraction that promises nine themed holes, a killer sound system, and straight-up bangers for an unforgettable night out.

Where to eat and drink

Boxpark Wembley isn’t all games and no food; it’s also home to some of the best cafés and restaurants in the city. Boki Coffee is an excellent place to start your day with its range of artisanal coffee and smoothies, but head over to Hola Guacamole for hearty Mexican fare or Mama Jacq’s for a taste of the Carribean. Meanwhile, vegans or health nuts will appreciate Clean Kitchen Club and Oatopia for its range of healthy, plant-based options.

If you’ve a sweet tooth, however, you’re truly spoilt for choice. The Desserts Factory serves up everything from Ferrero Rocher and Nutella-topped waffles to Banoffee crepes. If that’s not satisfying enough, Longboys’ finger doughnuts are the perfect way to round up your day there.

Other hotspots around the city for avid café hoppers include Black Sheep Coffee, which sources and curates beans from around the world to offer finely crafted espresso, drip coffee and manual pour-over coffees. On the other end of the spectrum sits Cha Sha, a café which has perfected the art of chai with its very own blend, best had alongside fusion snacks like the Pizza Paratha and Lamb Tunda Roll.

Go to Wenzel’s the Bakers for quality sourdough, or — if you’re catching a show at the Troubadour Wembley Theatre — to Studio 5ive, a restaurant is set in the old Fountain Film Studios that offers quality live music alongside a modern British menu. If you’re there for the weekend, it also serves a mean Sunday Roast.

Those who want to experience a night at a British pub without the usual rowdiness can head to The White Horse, a huge new drinking spot on Arena Square that has plenty of outdoor space and a large terrace to hang out at.

Travel London Football Britain UK wembley
Shatricia Nair
Managing Editor
Shatricia Nair is a motoring, watches, and wellness writer who is perpetually knee-deep in the world of V8s, tourbillons, and the latest fitness trends. She is fuelled by peanut butter and three cups of coffee a day.
Motoring Wellness Watches Beauty Style