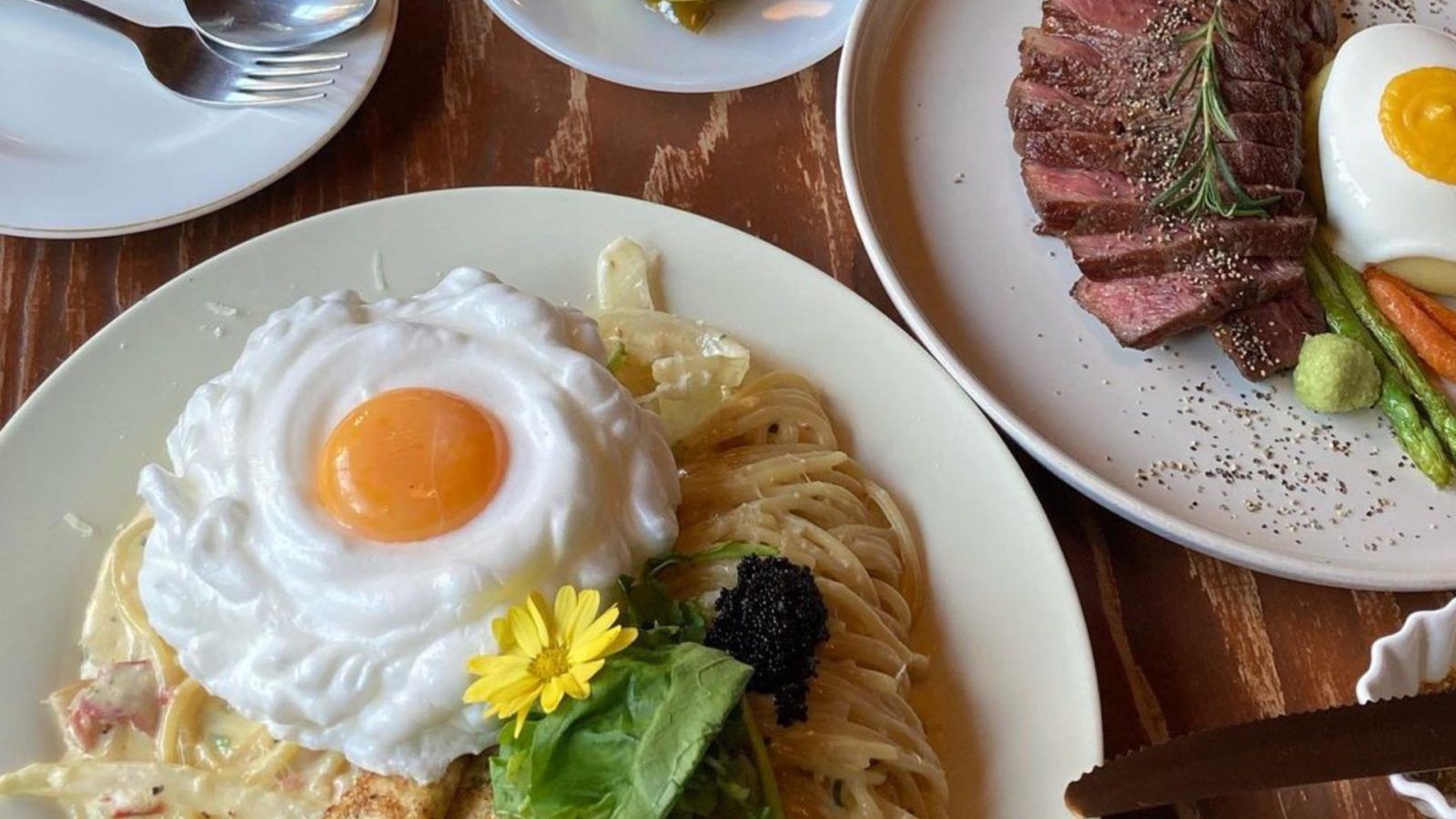 Neighbourhood guide: What to eat, drink, and see in Seoul’s trendy Euljiro

Travel
Neighbourhood guide: What to eat, drink, and see in Seoul’s trendy Euljiro
Share this article
Next article

Seoul is on the travel plans for many Singaporeans this year, but if you’re seeking an experience that’s a little less off the tourist track, consider an adventure around Euljiro.

Nicknamed “Hip-jiro”, a portmanteau of the words “hip” and “Euljiro”, the area’s biggest draw for locals and visitors is akin to stepping into a run-down building with not too much to expect, only to find a fancy bar or a cafe or restaurant.

If you look a little closer, however, you’ll realise that Euljiro is the physical embodiment of modernisation’s dilemma: while the younger generation decorate their spaces with neon lights and plants, it’s intertwined with older manufacturers who’ve been working hard at their craft in hardware stores and furniture shops for decades — to preserve or to replace, that is the question.

Whichever side you are on in terms of gentrification, it doesn’t take away the fact that Euljiro is an incredibly interesting part of Seoul to visit. To help you along your next adventure, we’ve put together a list of our favourite spots in the area.

What to eat, drink, and see in Seoul’s Euljiro:

You might also like…
Travel
Planning a trip to Seoul? Here are the best luxury hotels in the city to book
Travel
Where to eat and drink in Seoul, according to Nae:um’s chef Louis Han

Eat and drink to your heart’s desire

Euljiro Brewing is probably the most talked about bar in the area, popular for its neon lights, craft beers, and retro vibes. A crowd favourite? The Seersucker IPA. Ggeek Beer Company is also another spot you might want to head to next if you’re going craft beer hopping, with ten varieties of craft beer selected from breweries in Korea. Go for a spin and randomly choose one to try, or speak to one of the staff members to find out more about the beers.

Another “new-tro” spot to visit? Seendosi (신도시). The bar and lounge, refurbished by photographer Lee Yoon-ho and artist, designer, and musician Lee Byeong-jae, is marked only by a retro sign in RGB colours that front a run-down building. Step inside and you’ll find a venue of neon signs and vintage furniture that’ll remind you of the 80s. There are regular events and performances here, so be sure check out their Instagram for updates.

Euljiro Boseok (을지로보석) is a hit or miss when you’re here, but not because of the food. The dining bar, tucked away in a back alley of Euljiro, only has 10 seats available at all times, making it hard to get a spot. The food here is inspired by Korean and Japanese cuisine, with a neat selection of sake and natural wines to pair your dishes with. Crowd favourites here include the Minari-prawn pancake (미나리 보리새우전) and the Spicy Fermented Octopus Capellini (낙지젓갈 카펠리니).

Pocha is the local’s version of a super casual, late night hangout, complete with street food wagons, tents, and of course, tons of cheap booze. Euljiro 3-ga Pocha Street, also known as Euljiro Nogari Alley (을지로노가리골목), is packed with tent bars with indoor and outdoor seating. Here, the tent bars are a lot bigger as compared to others, with indoor and outdoor seatings for you to choose from. There are relatively more popular ones, but don’t get too caught up with the chaos of the whole place. Just pick any stall, sit down, and enjoy.

Those who aren’t too keen on beer or soju can also find themselves in a wine bar or two in the area. In case you can’t already tell, there’s a drink of choice for everyone coming to the area. Le Temple has delicious platters set in an ambience of splendid music, while Noy spotlights natural wines.

Those craving for Italian cuisine — yes, we are in Korea but we should be used to the globalisation of food, no? — can make a stop at Meeting Room. They are best known for their Cloud Pasta (구름 파스타), and the Fat Cheese Tteokbokki (통통 치즈 떡볶이), both delicious and incredibly aesthetically pleasing too.

Want to be truly immersed in Korean cuisine while they’re here? Wonjo Nokdu (원조녹두) is what you’re looking for. The old-school locale has been run by a couple from Jeonju since 1971, and they serve more than a dozen varieties of jeon (savoury Korean pancake). Here, the Chilli pepper-Green Onion Pancake (고추파전), Green Onion pancake (파전) and the Meat pancake (동그랑땡) are signature items on the menu.

Go on a walking tour around the area

Those familiar with Korean dramas like Guardian: The Lonely and Great God and Vincenzo won’t be strangers to Sewoon Plaza (세운상가). Apart from being the filming location of these two dramas, the plaza is actually South Korea’s mixed-use commercial building; an image of the country’s technological revolution back in the 70s, as well as a sign of digital revolution in the late 1980s when it sold software products and computers.

Vinyl enthusiasts will lose track of time here. Clique Records, for instance, curates a selection of new and and secondhand LPs from independent artists and labels around the world. If you just want to peruse some vinyls, vinyl gear and have some coffee on the side, MIO Records is a great option around the area too.

N/A gallery, which opened in 2018, is managed by photographers Park Jinwoo and Oh Jinhyeok, an offline space for crowds to gather and appreciate art in person. The exhibition often features works of photography, sculptures and more.

ARMYs are no stranger to AJO AJOBYAJO — BTS members have been spotted a number of times wearing their fits, including a recent image that surfaced online with Jungkook sporting the brand’s shirt in a picture with Jay Park at a recording studio. If you’d like to browse through their items, they’ve opened a flagship store with an adjoining bar/cafe in the area called After Jerk Off, a short three minute walk from the number 11 exit of Euljiro 3-ga station.

South Korea Seoul restaurants in seoul Cafes in Seoul bars in Seoul Euljiro
Jocelyn Tan
Senior Writer
Jocelyn Tan is a travel and design writer who's probably indulging in serial killer podcasts or reading one too many books on East Asian history. When she actually gets to travel, you can find her attempting to stuff her entire wardrobe into her luggage. Yes, she's a chronic over-packer.
Travel Design
Sign up for our newsletters to have the latest stories delivered straight to your inbox every week.

An insider’s guide to Bangkok: Best restaurants, bars, and places to visit