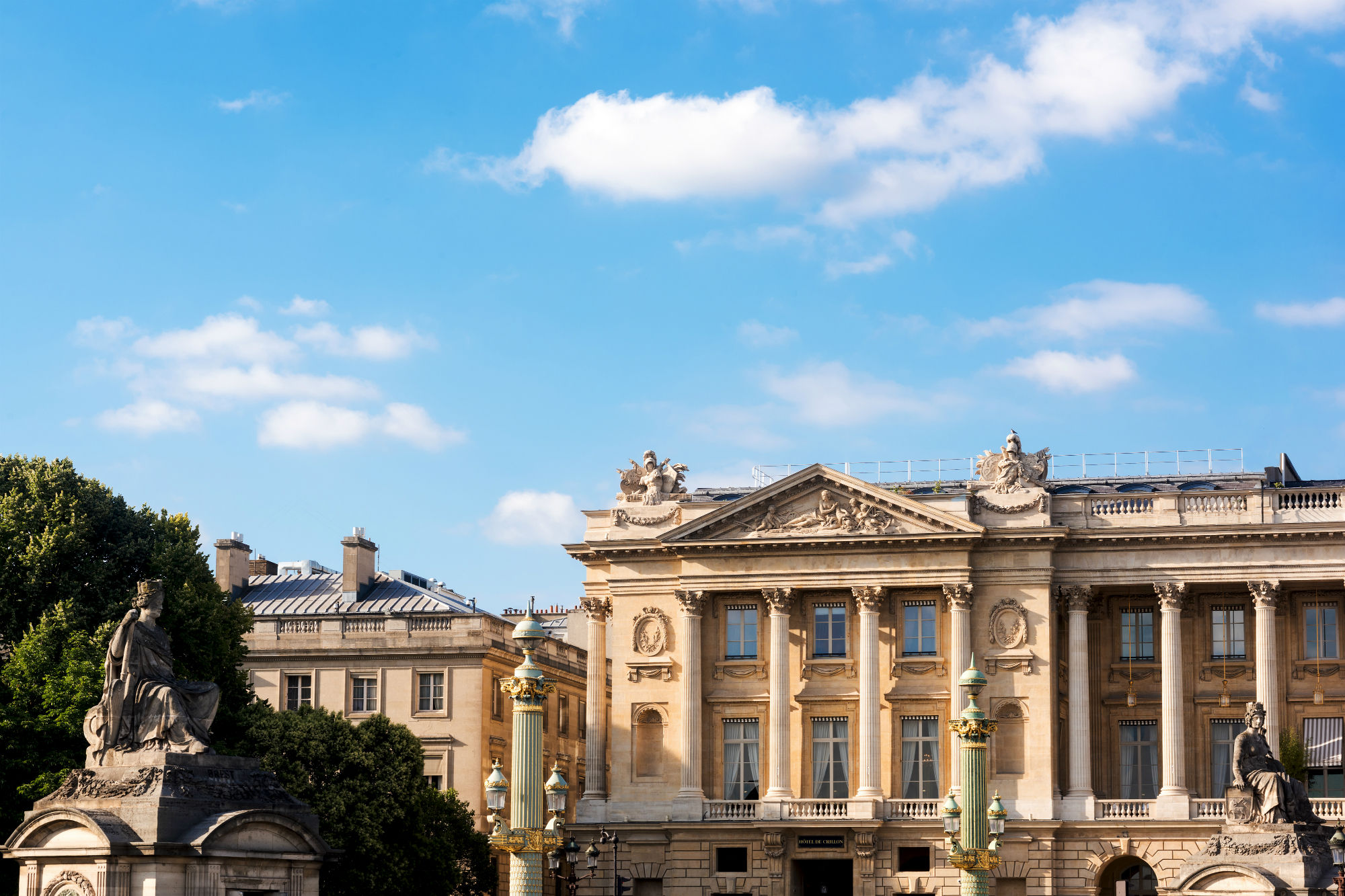 Boasting 2,000 years of history, Paris is home to fabled arches and awe-inspiring landmarks such as Beaux Arts institutions and Gothic cathedrals that date back to centuries ago.

The past few decades have seen these buildings transform into modern galleries, private residences and hotels — one of which is Hôtel de Crillon, a timeless Parisian hotel located at the foot of Champs-Élysées at the iconic Place de la Concorde. The hotel reopened its doors last week.

The magnificent structure was built in 1758 by French architect Ange-Jacques Gabriel, the most prominent architect of his generation. His notable works include the Petit Trianon and L’Opéra at the Château de Versailles.

Commissioned by King Louis XV as a backdrop to a statue of himself on horseback at the Place de la Concorde, the building has since played host to some of the greatest French and international events in history — such as the signing of the 1778 French-American treaty recognising the Declaration of Independence.

The building was the lavish private residence of the Count of Crillon’s family before becoming a luxury hotel for elegant travellers in 1909, attracting prominent guests from around the world — including Winston Churchill, Franklin D Roosevelt, Andy Warhol, Charlie Chaplin and Madonna.

In 2010, the mansion was acquired by Saudi Arabian Prince Miteb bin Abdullah bin Abdulaziz for a reported S$394 million, who closed its doors three years later to begin the restoration of Hôtel de Crillon’s sparkle and reputation. The world waited in anticipation and rejoiced when its doors opened on 5 July 2017 after a four-year restoration, during which master craftsmen, artisans and designers worked to strike a delicate balance between conservation and transformation true to the spirit of Paris.

Hôtel de Crillon’s architectural style is among the finest examples of the French Neoclassical genre, featuring magnificent Corinthian colonnade and sculptures by Coustou. Its façade earned the hotel its reputation as a registered historic trademark.

Aline Asmar d’Amman brought in renowned Parisian designers for the project, namely Tristan Auer, Chahan Minassian, Cyril Vergniol and Karl Lagerfeld. Landscape gardener Louis Benech, who has worked on the Tuileries Gardens in Paris and the Water Theatre Grove at the Palace of Versailles, was also roped in to redesign the hotel’s whimsical courtyards.

Stepping into the hotel, you’ll find the splendid gold and marble room on the right of the entrance, which once housed the hotel’s celebrated restaurant, Les Ambassadeurs. In its place now is the hotel’s bar, which has retained its old name.

Designed by Minassian, the space was given a contemporary update, with the original ceiling — a registered landmark — protected and reinterpreted. Old, restored chandeliers were also kept and modernised with suspended chains to provide additional volume.

Auer, named Designer of the Year at Maison&Objet 2017, was put in charge of redesigning the lobby. Gone are the checkered floors, marble panels and antique furniture, making way for a more minimalist and contemporary look which still maintains its historical details.

Each room is elegantly decked out in a mix of bespoke furnishings, stunning antiques, and carefully curated objets d’art — exuding contemporary sophistication that is an ode to the landmark’s 18th-century heritage.

To add a more personal touch, one of the rooms is a witty nod to Choupette, his famous feline, and includes framed shots by the veteran himself.

Hôtel de Crillon is a celebrated grande dame hotel with unparalleled historical significance, and is worth checking out the next time you’re in Paris. Rates for the hotel start at S$1,973 per night and go up to S$47,344 for the two swanky suites designed by Lagerfeld.

Karl Lagerfeld Chanel Paris Chateau de Versailles The Palace of Versailles hotel de crillon rosewood hotels Hotel refurbishment Iconic hotels hotels in paris King Louis XV Ange-Jacques Gabriel Place de la Concorde Petit Trianon L'Opéra rosewood paris
Dewi Nurjuwita
Senior Writer
Dewi Nurjuwita is a travel and design writer who can be found exploring the streets of foreign cities with passport in one hand and a cup of coffee in the other.
Travel Architecture Interior Design
Sign up for our newsletters to have the latest stories delivered straight to your inbox every week.