Home > Travel > Destinations > Singapore-Australia VTL: 8 unique things to do in Australia if you are planning a trip 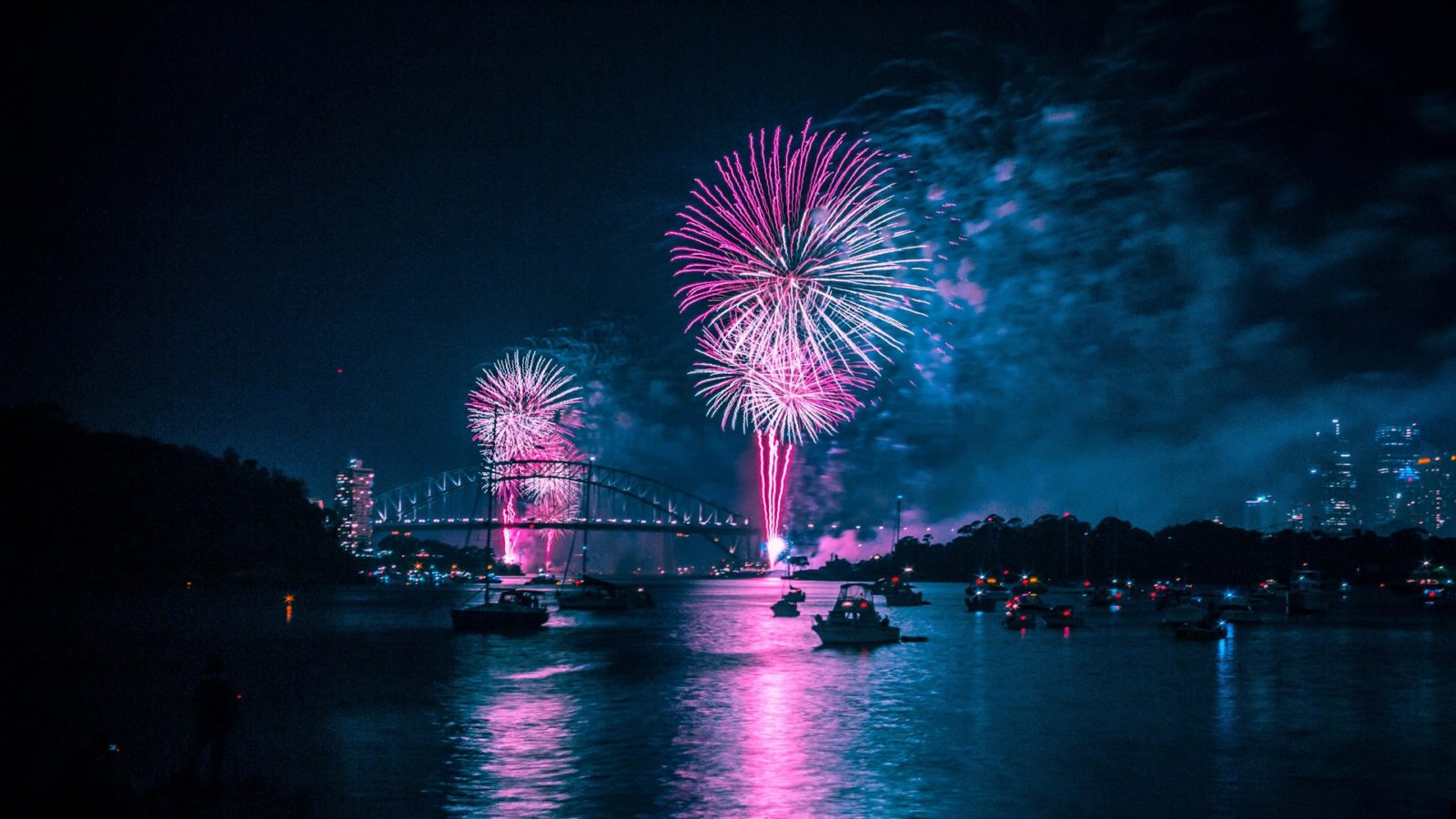 Travel
Singapore-Australia VTL: 8 unique things to do in Australia if you are planning a trip
Share this article
Next article

Surrounded by two oceans and multiple seas, Australia is one of the world’s most beautiful places. Its rich biodiversity, vast swathes of untouched terrains, protected marine ecosystems, economic prosperity and incredible history have together given the world’s smallest continent a unique character.

Australia has no dearth of opportunities for travellers to unwind. Tourists from all over the world come to see the iconic Sydney Opera House, explore the Great Barrier Reef or take a thrilling hot air balloon trip to witness some of the most breathtaking views of the land and sea.

All this will be once more possible as the country has begun to open its doors to some nations after last year’s COVID-19 restrictions. However, there is a special route that Singaporeans can take to travel to Australia. Why just Singapore you ask? Let’s find out.

Therefore, with the gradual resumption of travel between the two nations, Singaporeans can expect to spend quality time Down Under for the holiday season.

All that people in Singapore have to do is follow the government directives and the Vaccinated Travel Lane (VTL) scheme.

VTL scheme and the rules

What is a Vaccinated Travel Lane?

Vaccinated Travel Lane (VTL) is a unique travel route designed by Singapore for safe travel between Australia and a few other select countries around the world.

Singapore has two types of Vaccinated Travel Lanes — VTL (Air) and VTL (Land). The rules for the two lanes are different and are not interchangeable.

The VTL (Land) is applicable only for fully vaccinated travellers between Singapore and Malaysia who take the Causeway land route starting 29 November 2021. There is no need for quarantine in Singapore. Details about the system can be read here.

For all others who wish to travel into Singapore, rules are as in VTL (Air).

As with the case of land travel, the VTL (Air) applies to fully vaccinated travellers who are granted freedom from quarantine in Singapore, the conditions of which are laid down here.

Also within the scheme are territories that are part of the aforementioned countries, such as the Faroe Islands, Canary Islands, Crown Dependencies and all British Overseas Territories.

Saudi Arabia and the United Arab Emirates (UAE) were also supposed to be part of the VTL scheme starting 6 December but, as of 30 November 2021, the plan has been deferred until further notice.

For any queries regarding VTL, check this official Singaporean government FAQ.

From Singapore to Australia

There is a litany of rules to understand before booking the tickets for Australia.

Among them is the completion of the Australia Travel Declaration (ATD) at least 72 hours before departure. The ATD contains all necessary details related to the vaccination status, among other critically important information.

It should be noted that quarantine-free travel for fully vaccinated travellers is currently possible only in three Australian states — New South Wales, Victoria and the Australian Capital Territory (ACT).

States and territories may impose their restrictions. It is, therefore, best to check domestic travel information and restrictions before travelling to Australia.

Official information, rules and regulations about travelling from Singapore to Australia can be read here and here.

Now, what can you do when in Australia?

Those who want relatively hassle-free travel might have to skip biodiversity hotspots like Kakadu National Park in Northern Territory, the amazing marine life of the Great Barrier Reef off the coast of Queensland, or the sunset over the Indian Ocean from the white sand beaches of Coral Bay in Western Australia.

However, there is no dearth of activities in New South Wales (NSW), Victoria and ACT because Australia is a fascinating country defined by both modern marvels and natural vistas wherever you see. So, here are a few ways to have fun in Australia that will help build memories during the holiday season.

The experience of climbing the iconic bridge is both thrilling and fulfilling.

Located in Sydney, New South Wales, the bridge is an iconic landmark of the country. For thousands of tourists who arrive in Sydney during the holiday period, the fireworks display over the bridge on the Sydney Harbour on New Year’s Eve is the moment to be captured for life.

For travellers to Sydney, the bridge now has two new climbing routes. One starts from the southern end and moves up north and then back to cover a total distance of 3.3 kilometres.

The other is a special tour, tailored for those who are interested in knowing about the history of the bridge and the region. This route is known as Burrawa Climb and it is led by an Indigenous storyteller who informs visitors about Sydney’s aboriginal history, traditions, culture and languages.

Aboriginal history is rich in NSW, and there are several ways to discover and learn more about the original inhabitants of Australia.

A simple way is to explore ancient aboriginal rock paintings at national parks in the state. Some places where rock art can be seen are Mount Grenfell Historic Site near Cobar, Mutawintji Historic Site and Red Hands Cave in the Blue Mountains.

Artworks can also be seen in indigenous-owned galleries and cultural centres such as Yarrawarra Aboriginal Centre in Coffs Harbour. Regional art galleries, such as Bank Art Museum Moree, also have a collection of aboriginal art.

For a more immersive experience, undertake a self-guided exploration of the Bingi Dreaming track in Eurobodalla or participate in a smoking ceremony at Unkya Local Aboriginal Land Council Cultural Eco Tours on the Mid North Coast.

In Victoria, visit Grampians (Gariwerd) National Park’s Brambuk. The site is a National Park and Cultural Centre in Halls Gap. It is a great place for visitors to learn about the significance of Gariwerd to the Jadawadjali and Djab Wurrung people, who have been living here for 20,000 years.

Take a coastal walk or hike

The beauty of coastal Victoria is one of a kind. The Great Ocean Walk is one of the most beautiful hikes in the world that begins at Apollo Bay and ends at the dramatically magnificent natural formation known as 12 Apostles, covering a distance of 100 kilometres. Along this route are bucolic farmlands, stunning forests teeming with wildlife, and pristine beaches of soft sand.

Like Victoria, NSW, too, has many beautiful coastal walks. The Bouddi Coastal Walk is an 8.5 kilometre stretch in the Central Coast of the state.

The nearly untouched Hare Point Walking Track is on the South Coast. For experts, the 65 kilometre stretch of the Yuraygir Coastal Walk in the North Coast is a challenge to take up. Those who like to stroll can take the route of the Bondi to Coogee Walk, also known as Eastern Beaches Coastal Walk, and the Cape Byron walking track, which takes walkers through a rainforest and over cliff tops within a loop of 3.7 kilometres that offer oceanic views.

Of the mammal species in Australia, 80 percent are endemic. Marsupials such as kangaroos and koalas and monotremes, such as platypus, can be found only in Australia.

Although visitors love to cuddle a koala, it is not allowed in states such as NSW and Victoria. Yet wildlife enthusiasts can pat koalas and get close to them at the Ballarat Wildlife Park or Sydney’s Featherdale Wildlife Park.

Kangaroos are more ubiquitous — there are 50 million of them, double the number of residents. They can be easily spotted on the beaches, in islands and plain grasslands.

Head to NSW’s South Coast where kangaroos can be seen enjoying the sun, sand and sea at the Pebbly Beach in the Murramarang National Park.

In Canberra, in the ACT, the “roos” as they are affectionately called, jump about in the Australian National Botanic Gardens and the Namadgi National Park. Expect them to just hop in on the golf greens to watch you tee off!

The vibrant wildlife of Australia is not limited to mammals alone. Centennial Parklands in Sydney’s eastern suburbs is a great place for birdwatching.

Near Melbourne, Phillip Island is where Singaporeans would love to see baby penguins marching about in the night. Also near Melbourne is the Dandenong Ranges National Park. This is where the beautiful yellow-tailed black cockatoos can be found along with green and red king parrots.

Blue and red rosellas and emus can be spotted in the Tidbinbilla Nature Reserve, southwest of Canberra.

From fine-dining restaurants to beautiful countryside eateries, there are several award-winning places to dine. Moreover, many of them source their produce locally in their quest to build a sustainable future for our planet.

A good example is Harvest in NSW’s Newrybar. It is a bakery, delicatessen and restaurant rolled into one, and it gets its ingredients either from its own gardens or surroundings. On the Central Coast, the chefs at Bells at Killcare get their ingredients the same way.

Similar are the discoveries in Victoria. Provenance in Beechworth, which serves Japanese-influenced regional dishes, or Brae in Birregurra, which looks like a cottage but is one of the world’s best restaurants, are examples of places where ingredients are sourced locally.

When in Canberra, drive a little outside the city to try organic and seasonal food at Grazing at Gundaroo in the revamped 19th century Royal Hotel. Here, diners find locally farmed silver perch and Bungendore beef.

Enjoy the best of wines

Enjoy your meals amidst surroundings that enthral and enliven the soul. For instance, the sights of Mt Sturgeon and Mt Abrupt from the Wickens at the Royal Mail in Dunkeld will rejuvenate your soul. On the other hand, the Lilianfels Resort & Spa, which is in the UNESCO World Heritage Site Blue Mountains National Park, will leave you restored and relaxed.

And before taking a sip of the chardonnays or the cabernet sauvignons, explore the vineyards and wineries of Mornington Peninsula and Yarra Valley in Victoria or any of the 12 wine-growing regions, including Orange and Hunter, in NSW. Grapes are grown in both cool and warm climates. So, make the visit worth remembering with trips to the cellars.

After all, part of Australia is opening right during the holiday season. Yes, it will be summer Down Under, but there is a charm of singing “Jingle Bells” under the sun.

There are loads of activities to engage in ahead of Christmas in Canberra, Melbourne and Sydney.

Admire the Christmas projections at Chapter House Lane in Melbourne or immerse yourself in the Christmas Shopping Festival in the city.

When in Canberra, stroll down the City Walk while listening to local musicians and meet Santa at the Canberra Outlet Centre. If in Sydney, appreciate the street choirs and take Instagram-worthy photos of the spectacularly decorated Christmas tree at Martin Place.

Try to be in the city to welcome the New Year at the Sydney Harbour Bridge. Because more than anything else, the brilliance of fireworks at the stroke of midnight over the bay gives a feeling of hope that all will be well this New Year.

Singapore Australia Christmas Holiday Season Sydney VTL Vaccinated Travel Lane
Manas Sen Gupta
Manas enjoys reading detective fiction and writing about anything that interests him. When not doing either of the two, he checks Instagram for the latest posts by travellers. Winter is his favourite season and he can happily eat a bowl of noodles any time of the day.
Travel Culture Entertainment Food