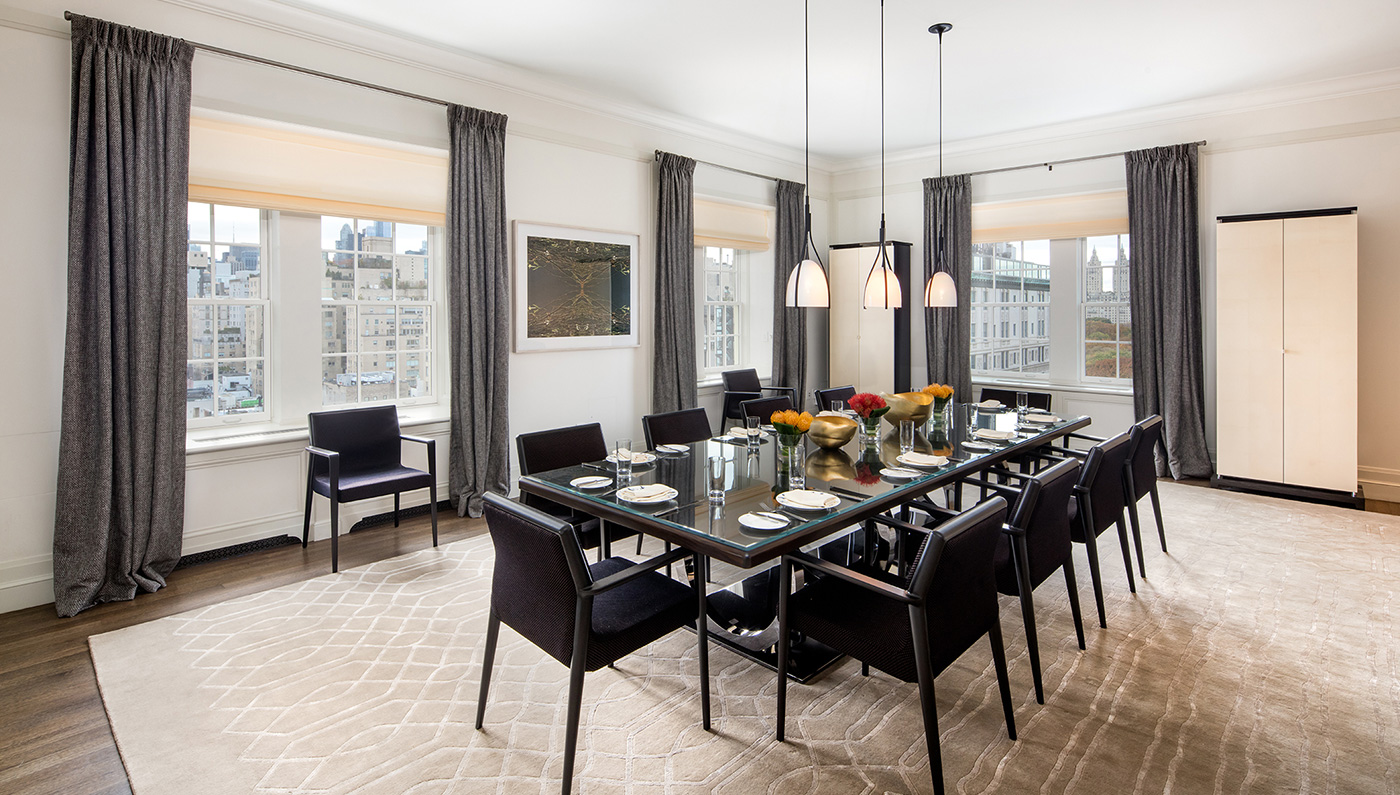 Splurge: The penthouse suite at New York’s Mark Hotel will cost you S$102,000 a night

Travel
Splurge: The penthouse suite at New York’s Mark Hotel will cost you S$102,000 a night
Share this article
Next article

You already know New York is a costly state to live in, but The City That Never Sleeps also bags the number one spot for housing the most expensive penthouse hotel suite the world has ever seen.

Jacques Grange is the designer behind the penthouse’s pared-down luxury. We’re aware that calling it “pared-down” is a gross understatement, but aside from its ginormous proportions, there’s little about the two-storey abode that gives away its astronomical price. Everything comes in a tasteful, muted medley, with the most outstanding pops of colour coming from the artwork. There’s not a gold tap in sight.

The suite’s aesthetic minimalism is very much in line with Grange’s style, which comes inspired from his mentor, Madelene Castaing. He has also worked with many prolific elites from the creative world, including Karl Lagerfeld, Yves Saint Laurent, Francis Ford Coppola and Alain Ducasse. His A-list portfolio no doubt invited an extra zero to the room rate.

There are only five bedrooms in total, so some guests will have to snooze on the couch. That’s assuredly not a downgrade since the living room, with its 26-foot high ceiling, doubles up as a grand ballroom.

Aside from the bedrooms, the suite also contains a 2,500-square-feet rooftop terrace, a conservatory, two wet bars, and a library lounge. Head out to the terrace and you’ll have a prime view of the most iconic buildings in Manhattan, including the Plaza Hotel and the Metropolitan Museum of Art.

The next time you find yourself in New York with a couple hundred grand to spare, make your way over to the Upper East Side.

Manhattan New York Hotel Suites Penthouse Suite mark hotel new york mark hotel most expensive suite in the world hotels in new york
Beatrice Bowers
Features Editor
Beatrice Bowers writes about beauty, drinks, and other nice things. When not bound to her keyboard, she moonlights as a Niffler for novels and can be found en route to bankruptcy at your nearest bookstore. Don't tell her boss.
Drinks Beauty