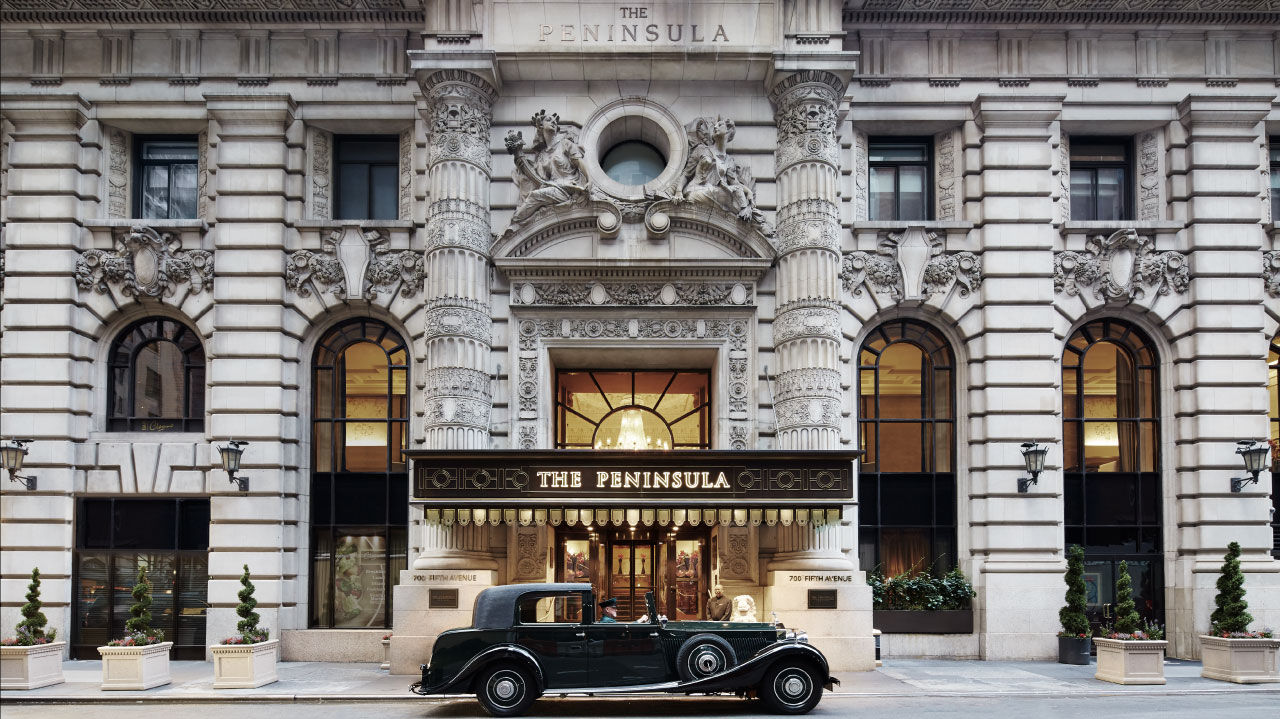 Where to stay in the world’s top 4 fashion capitals

The past month has seen fashion shows making waves across the globe. From Stuart Vevers’ showcase of Coach 1941 at New York Fashion Week, to Stella McCartney’s George Michael tribute at Paris Fashion Week, the biggest names in the industry have left a mark on the world’s top fashion capitals. Not to mention, the city streets are jam-packed with celebrity sightings and photographers trying to capture the trendiest street styles.

Even after Fashion Week season is done and dusted, these four fashion capitals remain popular vacation spots. Here’s where to go for a glamorous getaway.

Priding itself as the world’s style capital since Madeleine Vionnet introduced the revolutionary bias cut in the 1920s, Paris has been at the forefront of the global fashion scene for decades. The French capital is also home to some of the top fashion schools in the world, and the birthplace of fashion designers such as Yves Saint Laurent, Coco Chanel and Christian Dior.

Stay: Check out the crème de la crème of all the Parisian luxury hotels, Le Bristol. Housed in a 19th-century building overlooking the famous rue du Faubourg St-Honoré, the hotel is in close proximity to outlets of some of the world’s best fashion houses and art dealers. It has also played host to celebrities, politicians and diplomats such as Grace Kelly and Orson Welles. It is one of six hotels in Paris awarded official “Palace” status, which is a notch up from five stars.

The setting of various fashion-centric movies such as The Devil Wears Prada and Sex and the City, the Big Apple has long been regarded as the world’s fashion capital. Besides, this is where the influential Fashion Week started in 1943. Eleanor Lambert created “Fashion Press Week” in New York, seeing the runway show moving on to Paris two years later.

Today, New York Fashion week is one of the most prestigious of all other fashion events, attracting the biggest names in the sartorial world. With some of the most famous fashion designers such as Donna Karan, Marc Jacobs and Vera Wang based in New York, the city does deserve its stylish reputation.

Stay: While in New York City, you’d definitely want to stay at Fifth Avenue’s most glamorous address, The Peninsula New York. Located on Fifth Avenue and 55th Street in Midtown Manhattan (one of New York’s most prominent neighbourhoods), the luxury hotel is surrounded by prominent stores such as Bergdorf Goodman, Saks Fifth Avenue, Tiffany & Co. and Van Cleef and Arpels — so you can easily indulge in some retail therapy.

Home to design houses such as Gucci and Versace, the Italian city is the epitome of luxury and opulence. Like Paris, its European counterpart, Milan is one of the most historically fashion-centric cities — hosting Milan Fashion Week and being home to the most prestigious fashion institutions in the world.

Stay: Housed in an 18-century palazzo in the Bohemia-chic Brera district is Bulgari Hotel Milano, one of the most sought-after hotels in the city. The hotel is the first of Bulgari’s collaboration with Luxury Group, a division of Marriott International, to offer well-heeled and sophisticated travellers five-star accommodation on their travels. The hotel offers personal shopping services, as well as hydroplane trips for a day’s escape to nearby Lake Como.

London has long been an iconic design destination, being home to some of the world’s biggest fashion stars. From Vivienne Westwood to Alexander McQueen, the cosmopolitan city has joined the likes of Paris and New York in putting itself on the fashion map. The creative spirit of these British icons can still be seen on the streets today, with Londoners regarded as some of the most fashion-forward people in the world.

Stay: Located in Convent Garden, London’s world-class destination for lovers of culture, fashion and food, One Aldwych Hotel is the perfect place to stay for a weekend. The rooms of the luxury boutique hotel are spacious and stylish with beautiful silk curtains, a neutral colour palette and modern art. Since its opening in 1998, the hotel has since attracted many fashionistas and modern jet-setters.