Home > Travel > Destinations > Where to travel in 2018: The best polar expeditions 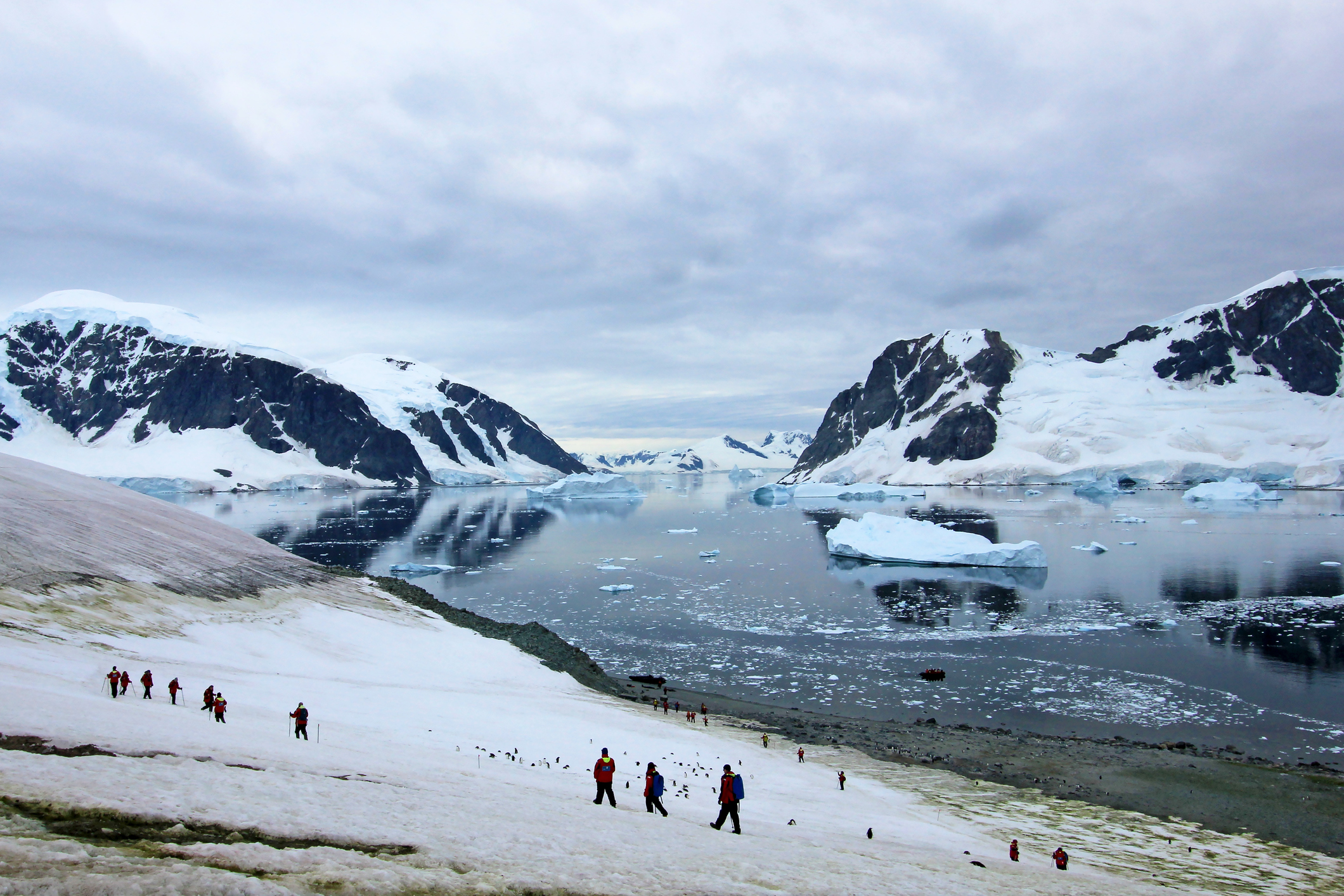 Where to travel in 2018: The best polar expeditions

Travel
Where to travel in 2018: The best polar expeditions
Share this article
Next article

If there’s one new year resolution to make in the travel department, that is going outside your comfort zone. Granted, travelling itself means leaving the familiarity of home for foreign sights and sounds. However, if you find yourself going to the same few destinations every time, maybe it’s time to switch it up a little this year. Don’t worry, Bali or Japan aren’t going anywhere.

Last year saw the dominating trend of last-chance tourism, a phenomenon that sees tourists’ increasing desire to witness and travel to vanishing landscapes or seascapes before they are lost to climate change — seeing destinations such as the Great Barrier Reef, Maldives and Antarctica on the list. The latter, one of the last greatest wilderness on the planet, is said to be sensitive to small rises in the global temperature, which has increased by 3°C regionally in the last 30 years. If Antarctica has always been on your bucket list, there’s no better time to go than now.

If you’ve been told that travel is the only thing you can buy that will make you richer, that is especially true with polar expeditions — the process of exploration of the Earth’s polar regions (Arctic region and Antarctica), particularly with the goal of reaching the North and South Pole respectively. This is because these regions boast intimate wildlife encounters, dramatic landscapes, and winter temperatures that reach deep into the negative, resulting in some of the most challenging (but richest) travel experiences you’ll ever have.

And while it is true that these polar destinations thrive in very harsh wintry conditions, they are by no means uninhabitable — a fact proven true by famous polar explorers who have survived their treacherous expeditions. Of note is American explorer Robert Peary, who claimed to be the first person to reach the geographic North Pole (and travelled much of the Arctic by dogsled), as well as Sir Ernest Shackleton, whose crew of 27 became the first explorers to traverse the Antarctic continent in 1914.

Of course, planning a trip to the polar regions is easier now than it was during their time, especially with the prevalence of tour companies who conduct expeditions to these regions. If you want to follow in the footsteps of the most illustrious polar explorers in history and experience the rugged wilderness of these desolate regions yourself, check out these polar expedition tours to embark on — whether cruising on a high-tech vessel, sightseeing by air, or embarking on a specially mounted land expedition.

While Greenland sounds like the tropical cousin of Iceland, it is quite the contrary. The former, also known as the world’s largest island, has most of its landmass sitting north of the Arctic Circle. In fact, more than three-quarters of Greenland is covered by ice, with an incredible variety of scenery and unique phenomena — such as the summer midnight sun, winter Aurora Borealis, iceberg-strewn fjords with sharp peaks rising to 10,000 feet, and barren Arctic tundra. It’s also considered to be one of the last frontiers, making for the perfect region for polar exploration — especially for eco-tourists.

If you wish to embark on a polar expedition in Greenland, check out Silversea Cruises. Among its range of Arctic and Greenland expedition cruises is the 10-day Reykjavik to Kangerlussuaq cruise, where you start your Greenlandic adventure from Iceland’s coastal capital. Silversea’s expert leaders and historians will then guide you through the rich Viking past as you marvel at massive glaciers, ice floes, and picturesque villages contrasted again dramatic rugged landscapes first hand.

The Svalbard islands, located halfway between Norway and the North Pole in the middle of the Arctic Ocean, is another world of its own — with untouched Arctic wilderness and distinctive wildlife in a landscape that is rugged yet fragile.

Going to Svalbard is like entering an island realm, where you’ll be treated to views of ice-covered fjords, glaciers, towering mountains, and rare wildlife such as polar bears — and if you’re lucky, the Northern Lights. This is especially so in October and February, where you’ll get to experience the blue Arctic light during the day and northern lights at night.

Oceanwide Expeditions, said to be the pioneers in ship-based expedition cruises in the Arctic and Antarctica, offer seven-night cruises to North Spitsbergen. The cruise includes walrus and seal-watching at Poolepynten, as well as exploring the mountainous regions of  Ymerbukta by foot.
Travel
10 of the most anticipated hotel openings in 2018

Probably the poster child of the polar regions, Antarctica is one of the last few stretches of the planet that has remained untouched. The frozen continent at the end of the Earth has never been permanently occupied by man, and has no towns, villages or habitation besides the odd research station or expedition hut, and is only accessible from November to March. The region is just a vast icy stretch of unpredictable wilderness. The most noteworthy destinations include the South Shetland Islands, Deception Island and King George Island — whose names should all convey the hospitability of Antarctica.

Intrepid Travel runs a variety of Antarctic tours between November and March each year, which involves crossing the infamous Drake Passage in comfort on state-of-the-art polar vessels and setting foot on the Antarctic Peninsula. Whether you’re a novice or professional, you can benefit from the navigational expertise and local knowledge of the experienced crew and make the best of the once-in-a-lifetime experience.

Patagonia, sprawled across the border of Argentina and Chile, is one of the planet’s greatest frontiers. Known as South America’s playground for intrepid travellers, Patagonia is a desolated region boasting wind-swept plains, glaciated mountain ranges and turquoise lakes that stretch for thousands of miles.

Australia-based Aurora Expeditions offer premium Patagonia tours that provide trekking experiences so you can explore the region by foot. The trekking expeditions start from the vibrant towns of Punta Arenas and El Calafate, which are the gateways to the region’s hiking trails. Roughing it up doesn’t mean you can’t travel in luxury, either. The expeditions include private vehicles transfer between each region, as well as accommodation in carefully chosen boutique hotels or eco-friendly trekking lodges.

For the ultimate adventure, book the combined Antarctica and Patagonia trek and cruise adventure, so you get to discover two of the greatest frontiers on the planet all at once.

Travel Silversea northern lights Antarctica Last-chance tourism norway polar explorations geographic poles where to travel in 2018 intrepid travel Svalbard greenland arctic patagonia aurora expeditions
Dewi Nurjuwita
Senior Writer
Dewi Nurjuwita is a travel and design writer who can be found exploring the streets of foreign cities with passport in one hand and a cup of coffee in the other.
Travel Architecture Interior Design