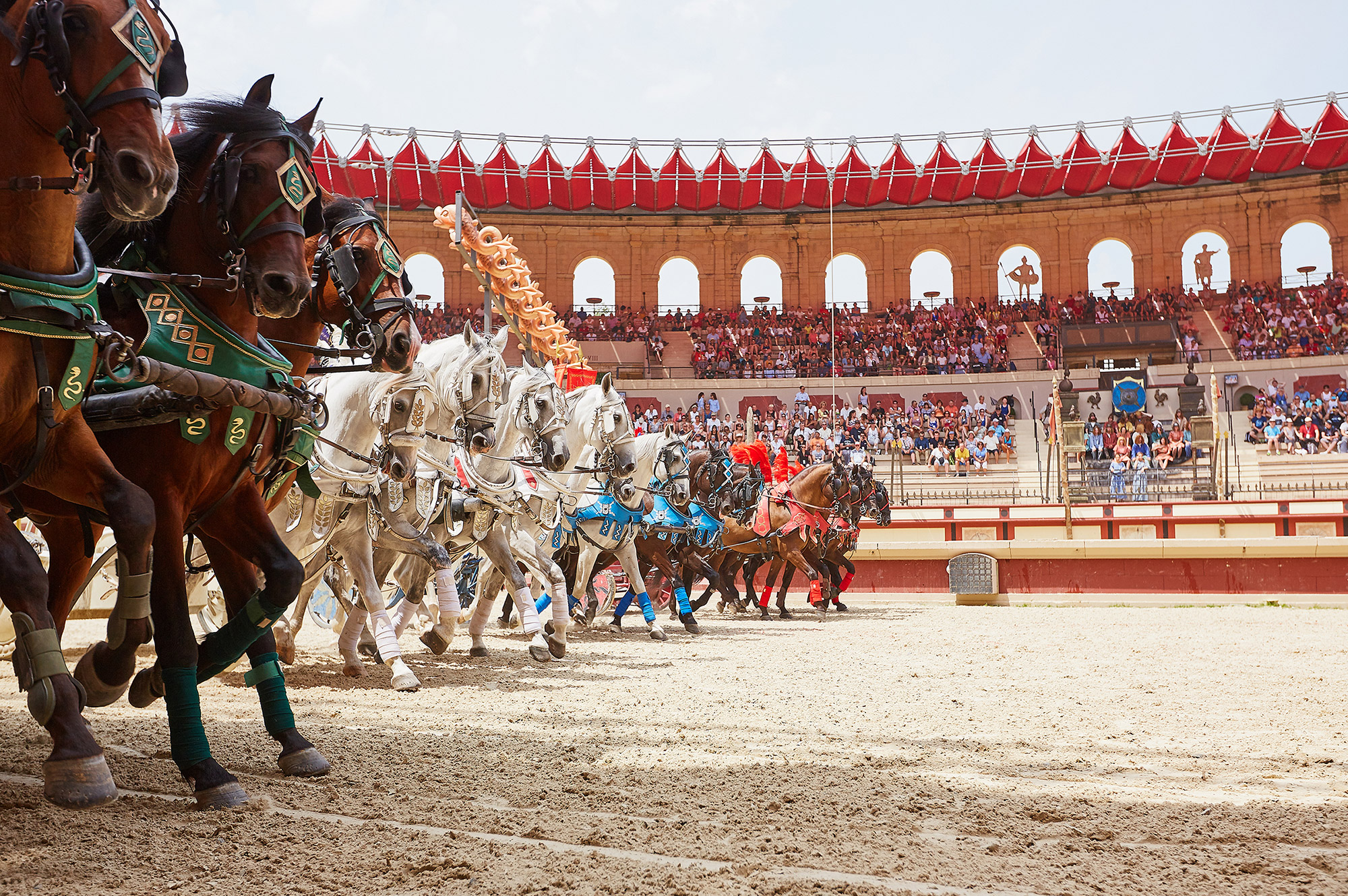 The adrenaline rush when you’re going 134km/h on a roller coaster is unbeatable. That sudden onset of fear as you’re speeding down the track; the rearrangement of your internal organs as you’re blasted through the loops; and the breath of relief you take once your feet are back on solid ground.

On the flip side, you probably spent an hour or so queuing up just to get that minute-long thrill, unless you have VIP access to all the rides in a theme park. We could think of better ways to while our time away than having to brave the crowds under the hot, sweltering sun. The high doesn’t seem worth it after you put that into perspective.

Travel
LVMH is transforming a Paris garden into a S$96.8 million theme park

In the race to build the fastest, most exhilarating tracks known to mankind, have we missed the point of theme parks? We visit them because we want to be amused and entertained for hours on end with our friends and loved ones. And what better way to spend a weekend away at a park that has pure, unadulterated and fantastical attractions? We’re not talking roller coasters and ferris wheels — we’re thinking more of immersive experiences that lean toward the quirky, picturesque or plain bizarre.

And this can be achieved even without the usual bumper cars or pirate ship rides. An example of an iconic theme park with no rides is our very own Haw Par Villa in Singapore. Inspired by Chinese mythology, the star of the park is its depictions of the “10 Courts of Hell”. Gruesome? Yes. Thrilling? Absolutely. You’ll feel that rush when you wake up from the eventual nightmares.

So to change the perception that all amusement parks need a roller coaster, we’ve curated a list of unusual theme parks that don’t have your typical (and boring) rides.

Travel
The most beautiful waterfall destinations in the world 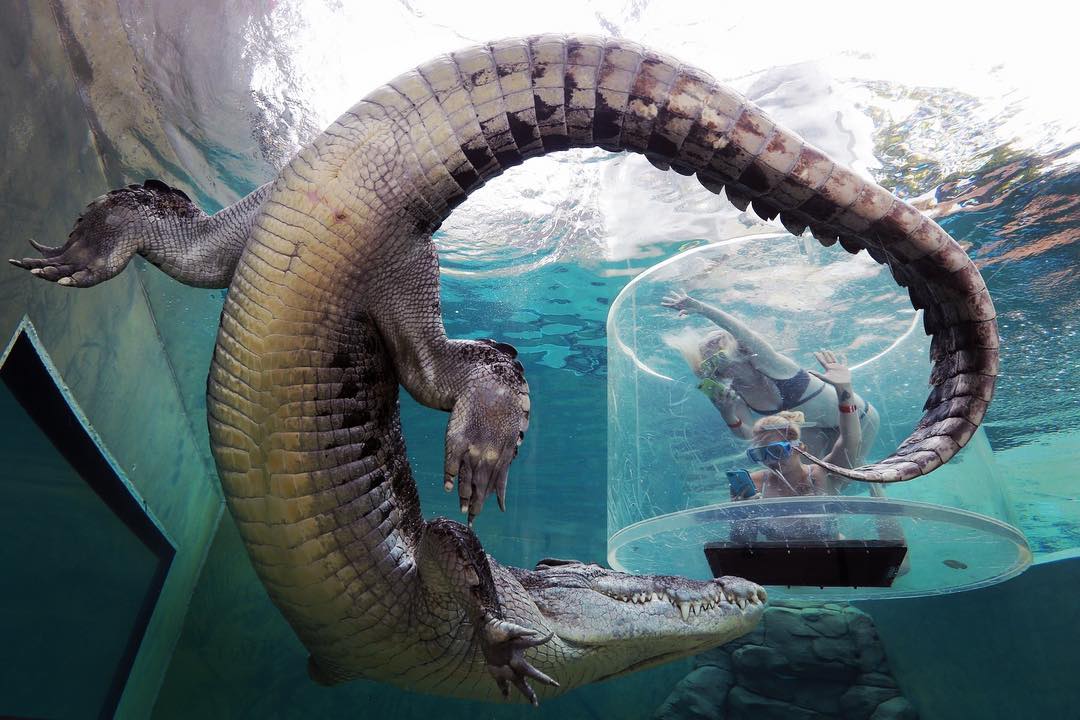 Having a crocodile come up close and personal with you is an experience you don’t need, but you would definitely want to add to your bucket list. Crocosaurus Cove is aptly located in Darwin, Australia, and is the only place down under where you can dive with the reptiles. On the VIP tour, you’ll get the opportunity to feed a live saltwater crocodile. 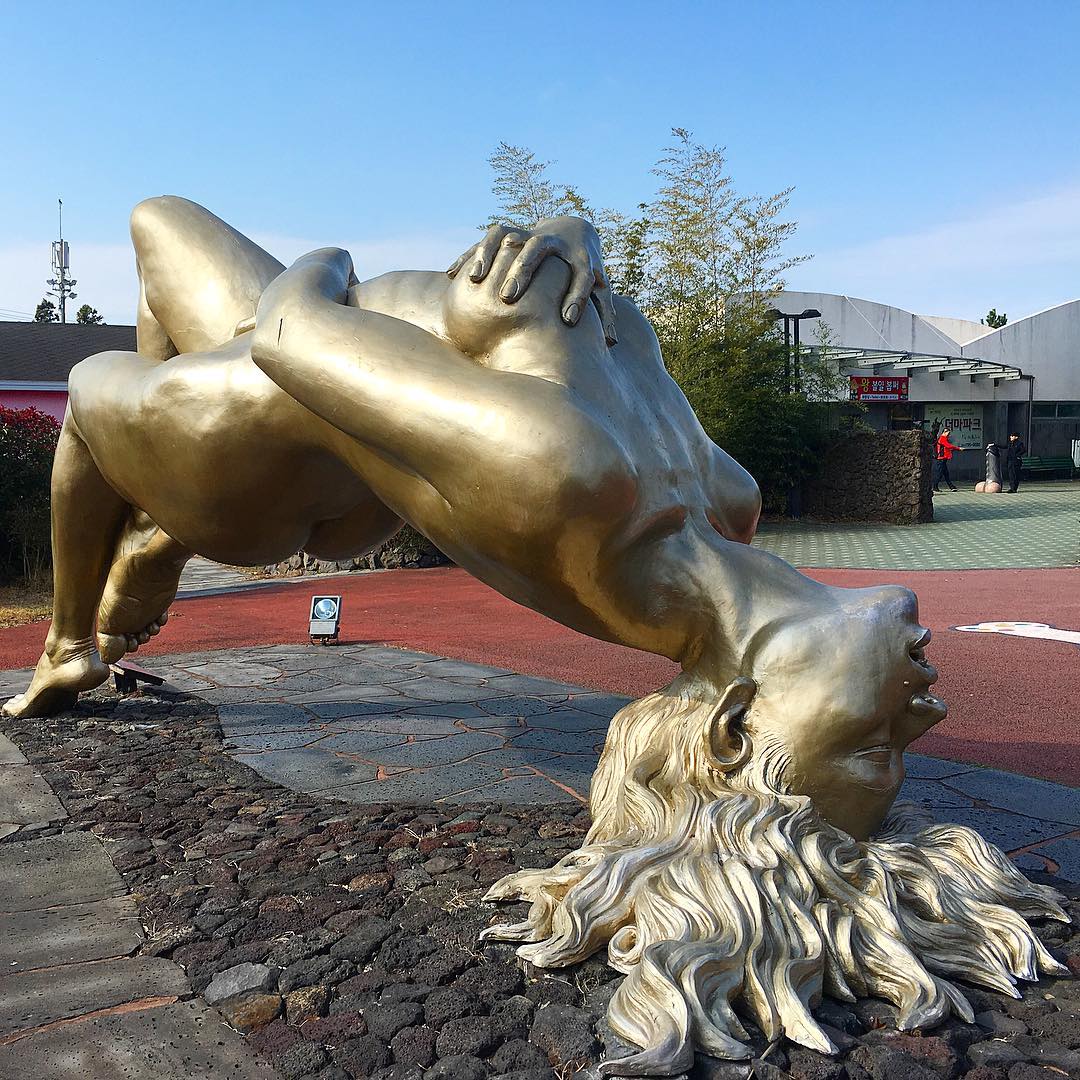 It’s not every day you get to visit a theme park dedicated to sensuality and eroticism. Enter Jeju Love Land, a park located on Jeju Island, off the coast of South Korea, and filled with R-rated sculptures. There are over 140 “attractions” depicting the human body in various positions. The sculptures were created by artists, most of whom were students from Seoul’s Hongik University. It’s an interesting juxtaposition when you put the reserved and conservative culture of Asians into perspective. As expected from a park of this nature, only those above 18 are permitted entry. 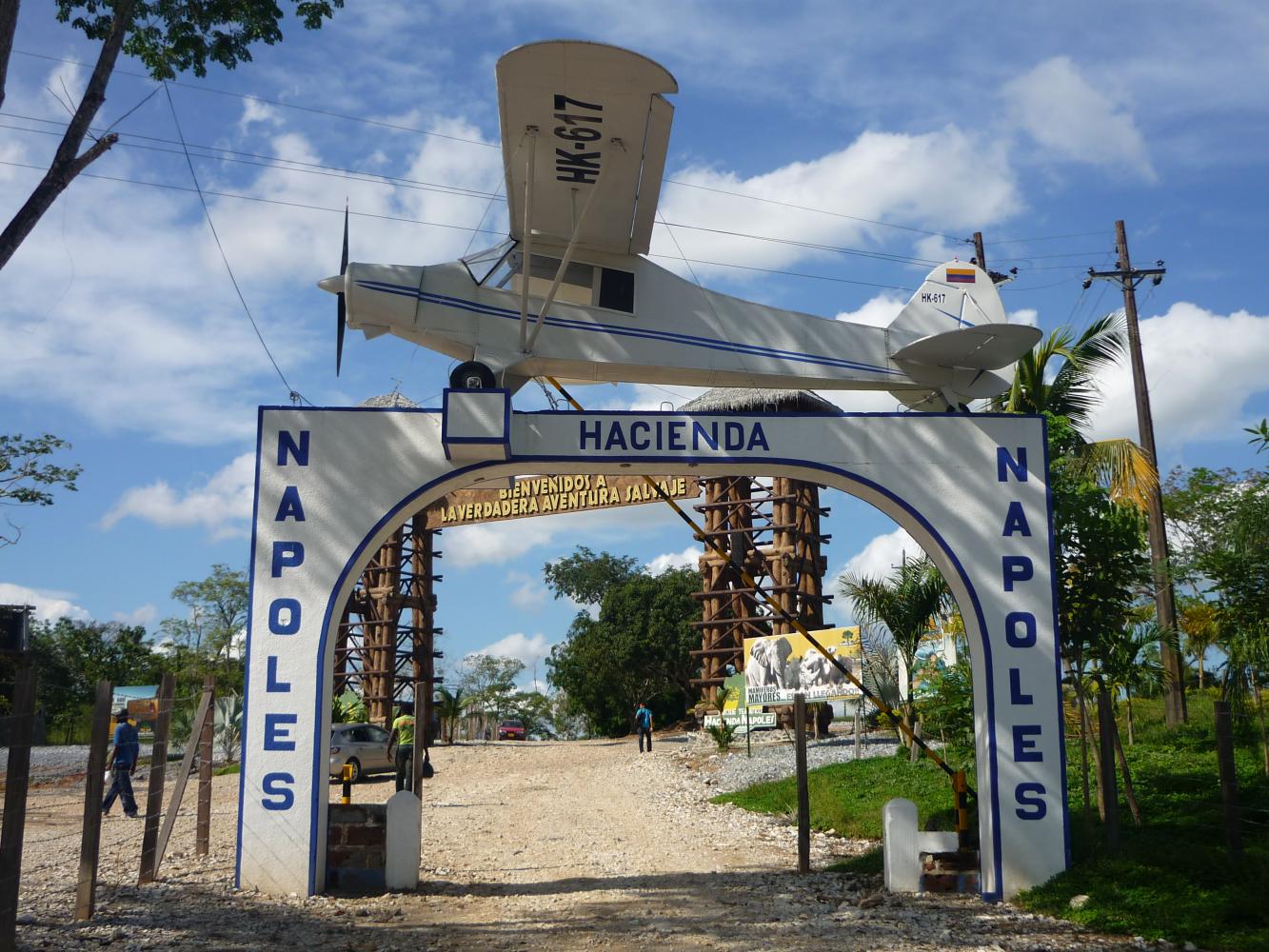 If you’ve ever wanted to know how drug barons lived, look no further than Hacienda Napoles, the former estate of infamous Colombian narc Pablo Escobar. Following his death in 1993, the place fell into disarray until it was resurrected as a theme park more than a decade later. Touring the grand compound only offers a glimpse of how immense Escobar’s wealth was, as his army of butlers, handmaids, and guards is no longer around. Instead, exotic animals and faux dinosaur sculptures are scattered throughout the compound, an ode to the heyday of Hacienda Napoles when there was even a complete zoo on the premises. 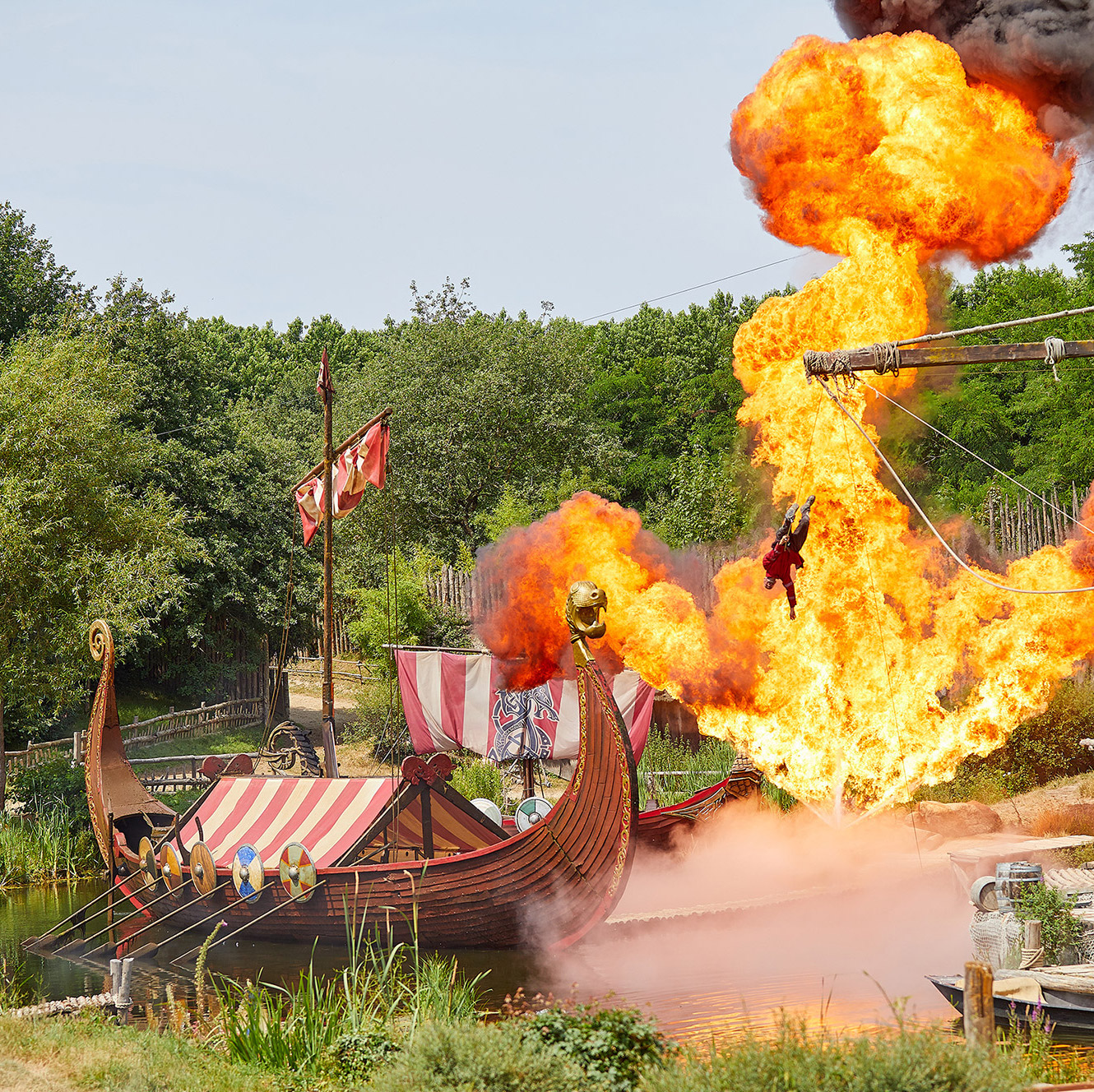 While there are no thrilling rides at Puy Du Fou that will get your blood pumping, the park has 26 shows set in castle ruins and medieval towns. All the shows have a recurring theme of historical characters like Vikings, musketeers, and supernatural knights in shining armour. During the peak season (June to September), the main show, Cinéscénie, will be staged for all guests. Expect over 2,000 actors performing on a 23-hectare stage with more than 800 fireworks released during the one hour 40 minute show. 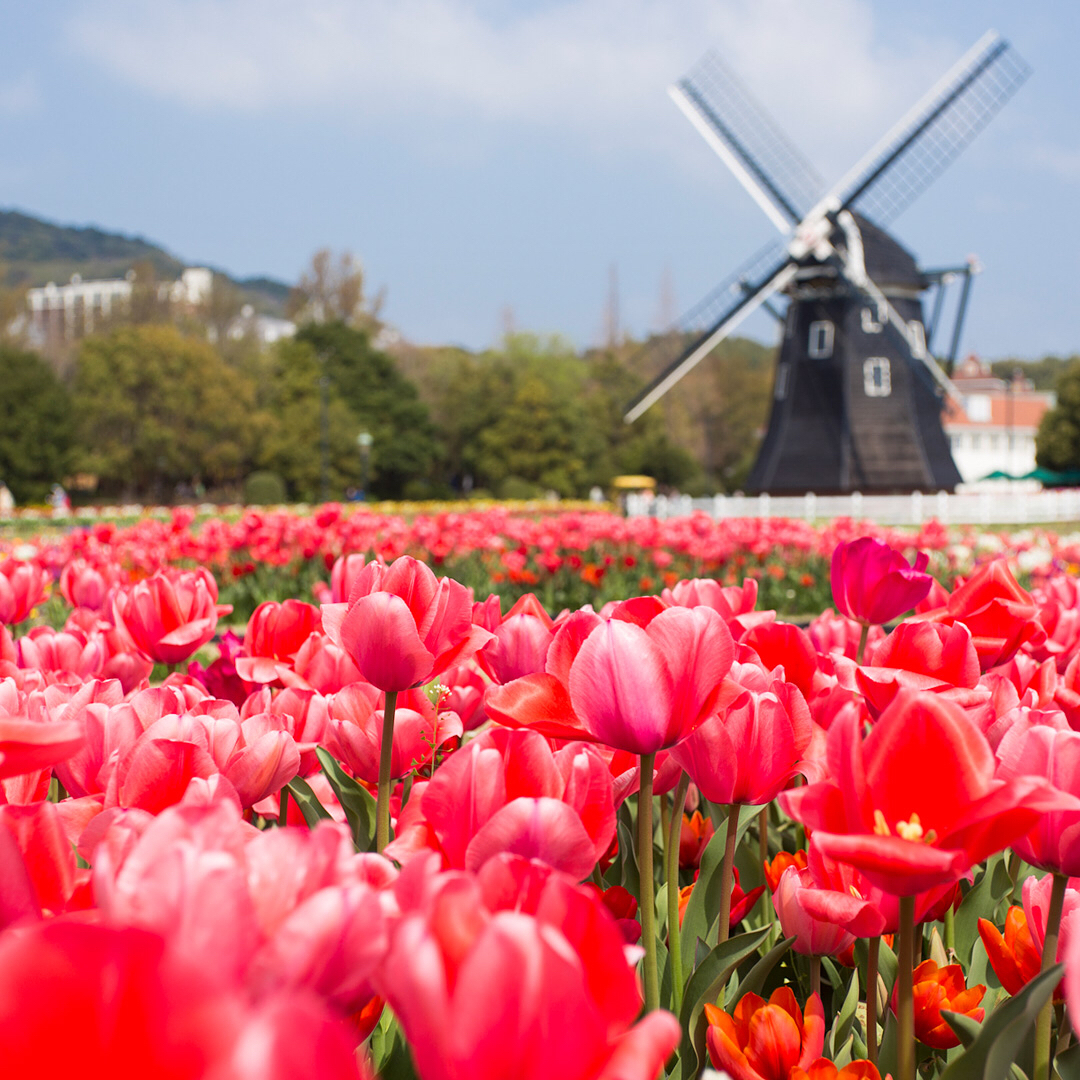 As you wander into Huis Ten Bosch, the notion of being in Japan completely dissipates. The theme park is a recreation of a quaint Dutch town, right down to the grand windmills, winding canals, and picturesque gardens. Year-round events are commonplace, like the ongoing Tulip Festival, a marvellous sight of over 700 varieties of the flower on display. Come this summer, guests will get to stay in a floating capsule hotel within the park, where it’ll be towed to a nearby island with another theme park overnight.