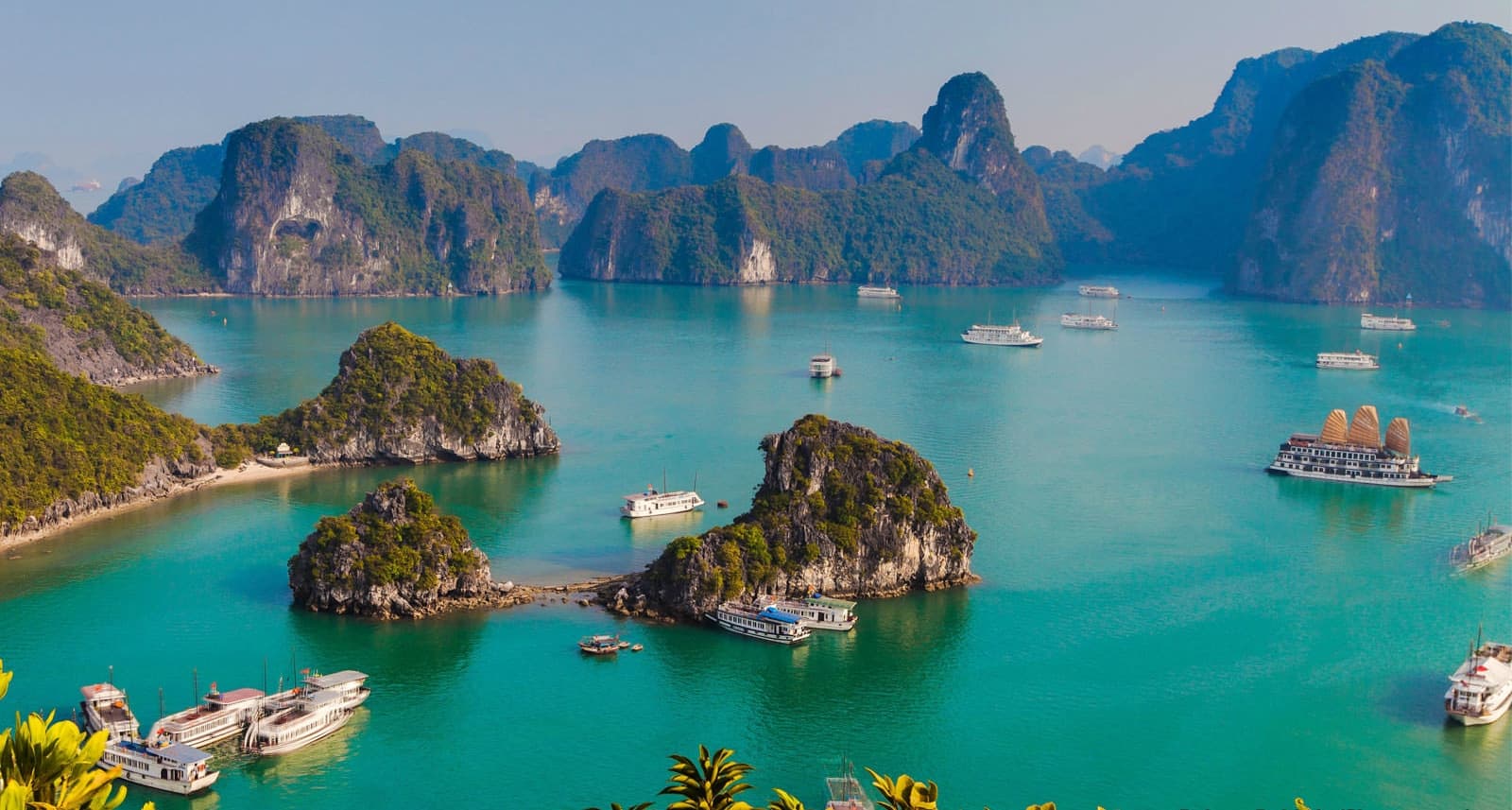 Vietnam’s newest airport is a gateway to Ha Long Bay

A new airport just opened in Vietnam’s Quang Ninh Province on 30 December, marking the gateway to the country’s famed Ha Long Bay. Called Van Don International Airport, it is a new development located on Van Don Island, 50km away from Ha Long City. The US$310 million (S$421 million) project was the first international airport in Vietnam to be developed by a private company (Sun Group) with locally mobilised capital. The opening of the airport also marks the launch of the gateway to the World Heritage Listed Ha Long Bay, making the site more accessible to international visitors.

The new Van Don International Airport caters to large aircrafts such as A380s and B777s, a similar capacity to those of other major international airports in Vietnam such as Tan Son Nhat in Ho Chi Minh City, Noi Bai in Hanoi, Da Nang and Can Tho.

Halong Bay, also known as the Bay of the Descending Dragon, is often seen splashed across postcards; characterised by its deep, green emerald water running along more than 120km of coastline in the Northern Region of Vietnam. Its clear crystal waters are home to 3,000 monumental limestone islands, caves and grottos where you will discover impressively large chambers, plenty of stalactites, and stalagmites.

Previously, the only way to get to the UNESCO Heritage-listed site is to fly into Noi Bai International Airport, located 40km outside Hanoi, Vietnam’s capital city. From there, you’ll need to transfer to Halong City via car or minivan. However, with the opening of the new airport, the port is just a one hour’s drive.

This opening is in conjunction with the development of two other infrastructure projects by the same developers — namely the new Halong-Van Don Highway and Halong International Cruise Port. The four-lane, 60km-long highway will reduce travel time from Van Don Airport to Halong city to just under 50 minutes. The cruise port, on the other hand, designed by Bill Bensley, can accommodate two cruise ships at the same time.

Once completed, it will be a new landmark for the city and Quang Ninh Province. The opening of all three landmarks will play a major role in tapping the province’s full tourism potential, creating new opportunities for international trade and economic cooperation.

Vietnam travel news Ha Long Bay
Dewi Nurjuwita
Senior Writer
Dewi Nurjuwita is a travel and design writer who can be found exploring the streets of foreign cities with passport in one hand and a cup of coffee in the other.
Travel Architecture Interior Design