Home > Travel > Destinations > The most beautiful waterfall destinations in the world

The most beautiful waterfall destinations in the world

Picture this: You, sitting by a waterfall, with nothing to bother you for miles on end. If that isn’t what you’d consider tranquility, then feel free to move on from this page. For the rest of you who decided to stick around, let us introduce you to our favourite waterfall destinations. But first, a little on these natural wonders of the world.

Waterfalls have been majestic landmarks since the dawn of time. The cascade of water down a steep incline is nothing more than simple physics in motion, with gravity acting as it should. Some waterfalls, like the Angel Falls, are towering creations of nature at over 979 metres, while others like the Iguazu and Victoria Falls are roaring systems that stretch far and wide.

Travel
Where to travel in 2018: The best rainforest destinations 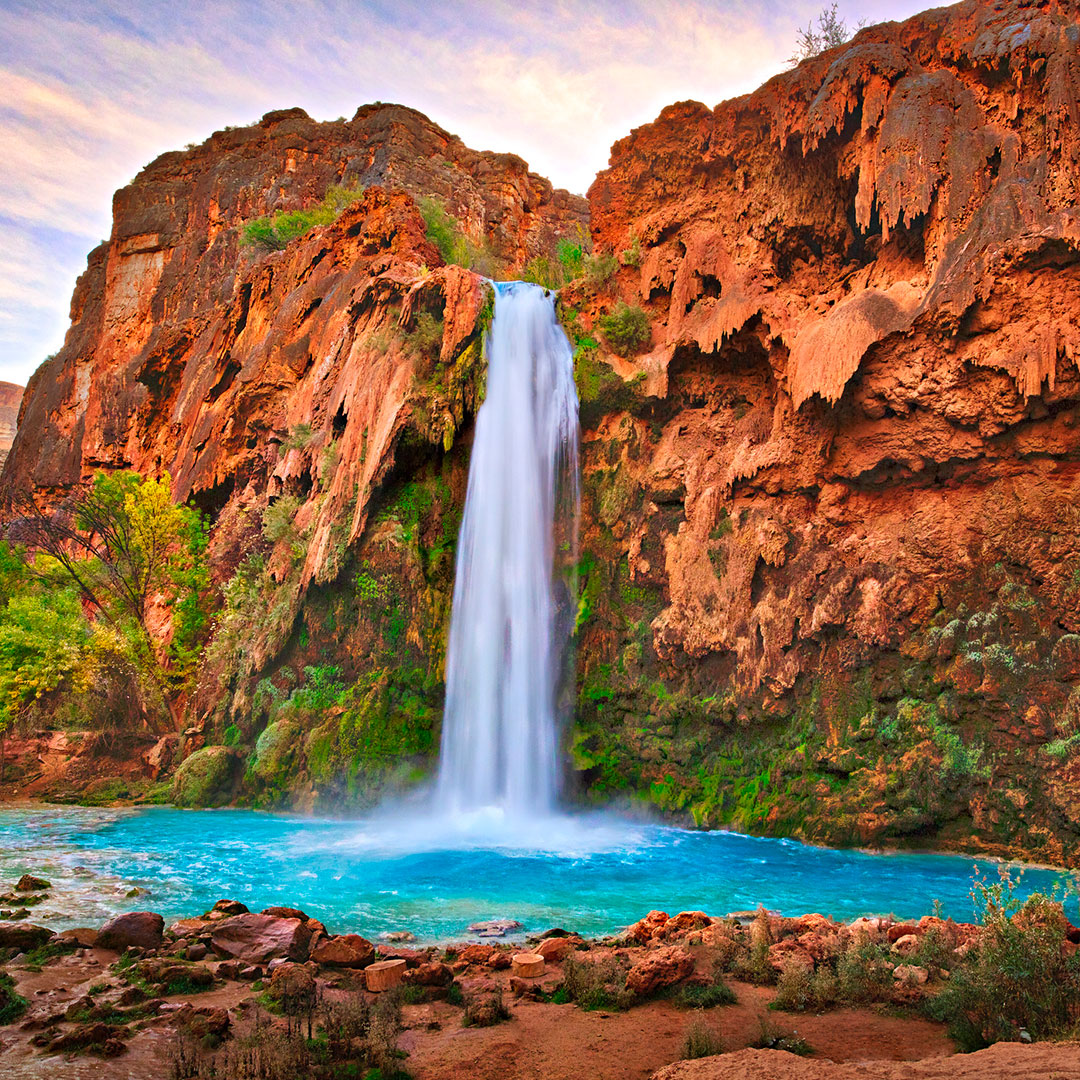 The great American plains aren’t just all rock formations and deep canyons. Deep in the Grand Canyon sits the Havasu Falls, an ethereal oasis amidst the fiery red walls of the surrounding terrain. To get there, it is recommended you take an estimated 16-kilometre hike along the relatively flat route that begins at Hualapai Hilltop. Remember to pack some sunscreen and lots of water, as the Arizonian sun can be pretty unforgiving. 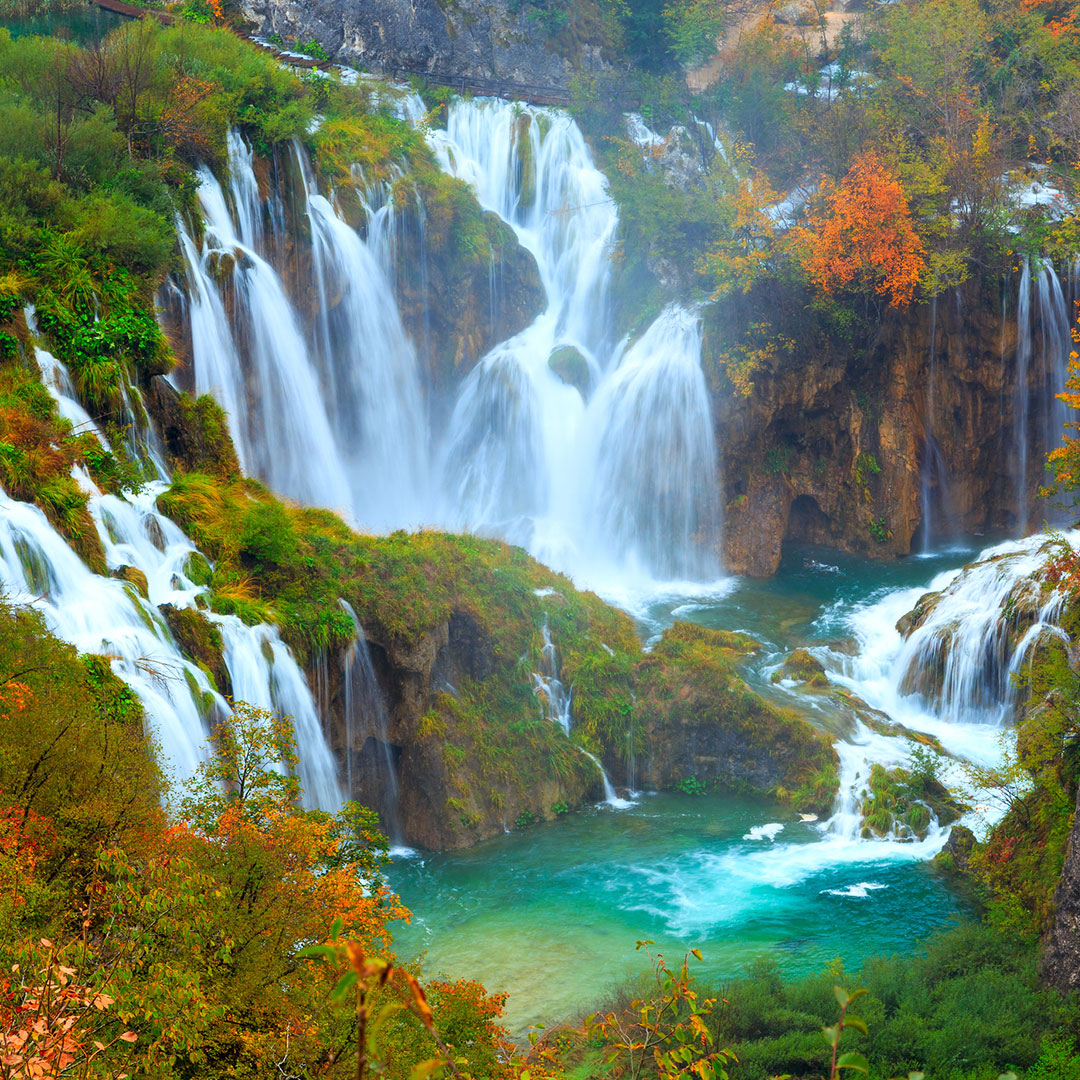 Within the Plitvice Lakes National Park in Croatia sits the Plitvice Waterfalls system. As the country’s first national park, it was granted UNESCO World Heritage status in 1979. Despite the boom in Croatia’s tourism industry thanks to Game of Thrones, the park is still the most visited site in the country till today. Here, instead of one single waterfall, it is a complex network of lakes and falls that will make your jaw drop with every turn of the bend. 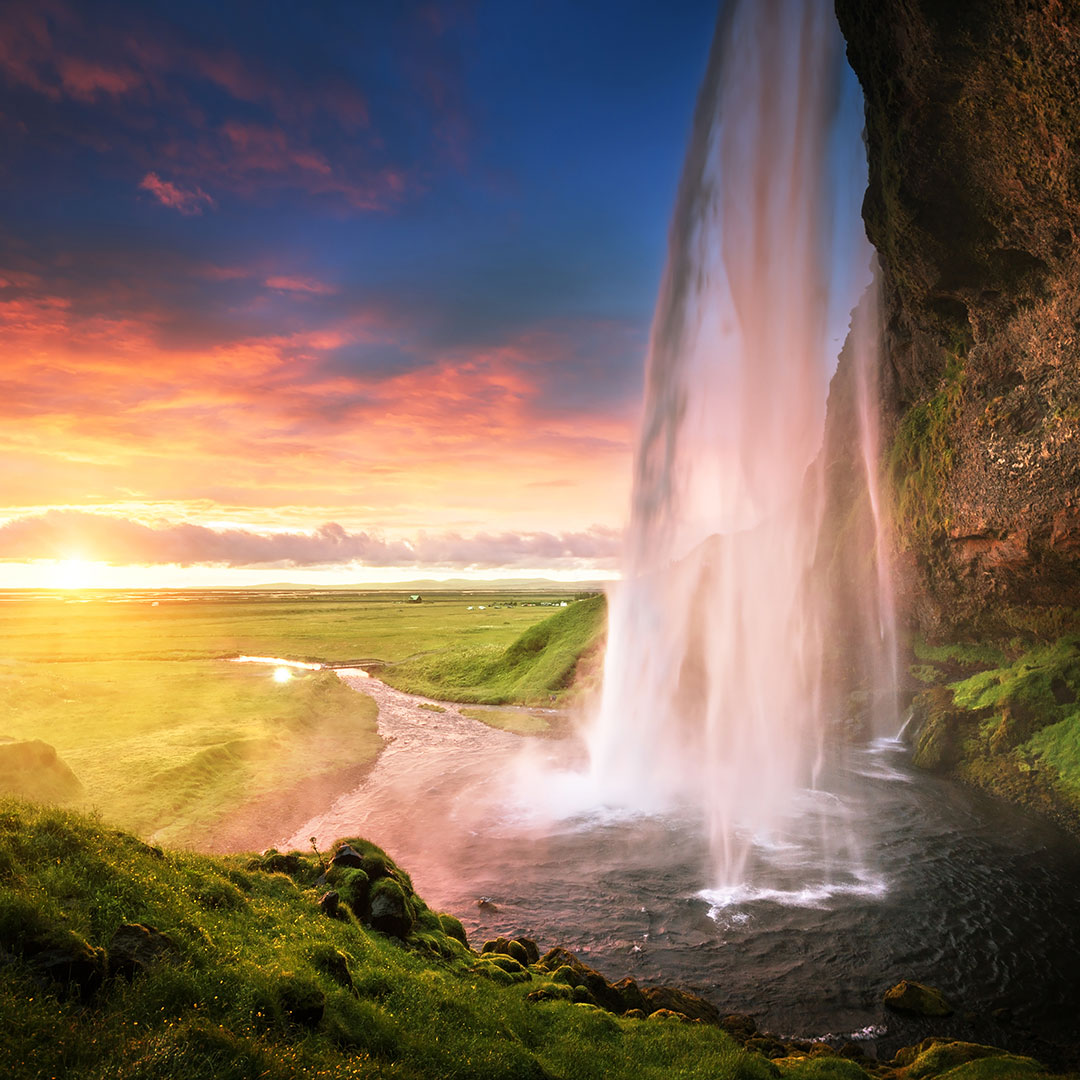 The beauty of Iceland is that around every corner is a scenic panorama that will take your breath away. The Seljalandsfoss Falls, located on the Southern coast of the island, is one of the most spectacular destinations. With a source starting at the Eyjafjallajökull volcano, the stream flows over a steep cliff, allowing visitors to walk behind the waterfall. It’s a unique perspective, as typically the background of a waterfall is a rock face, not a pretty vista that stretches beyond the horizon. 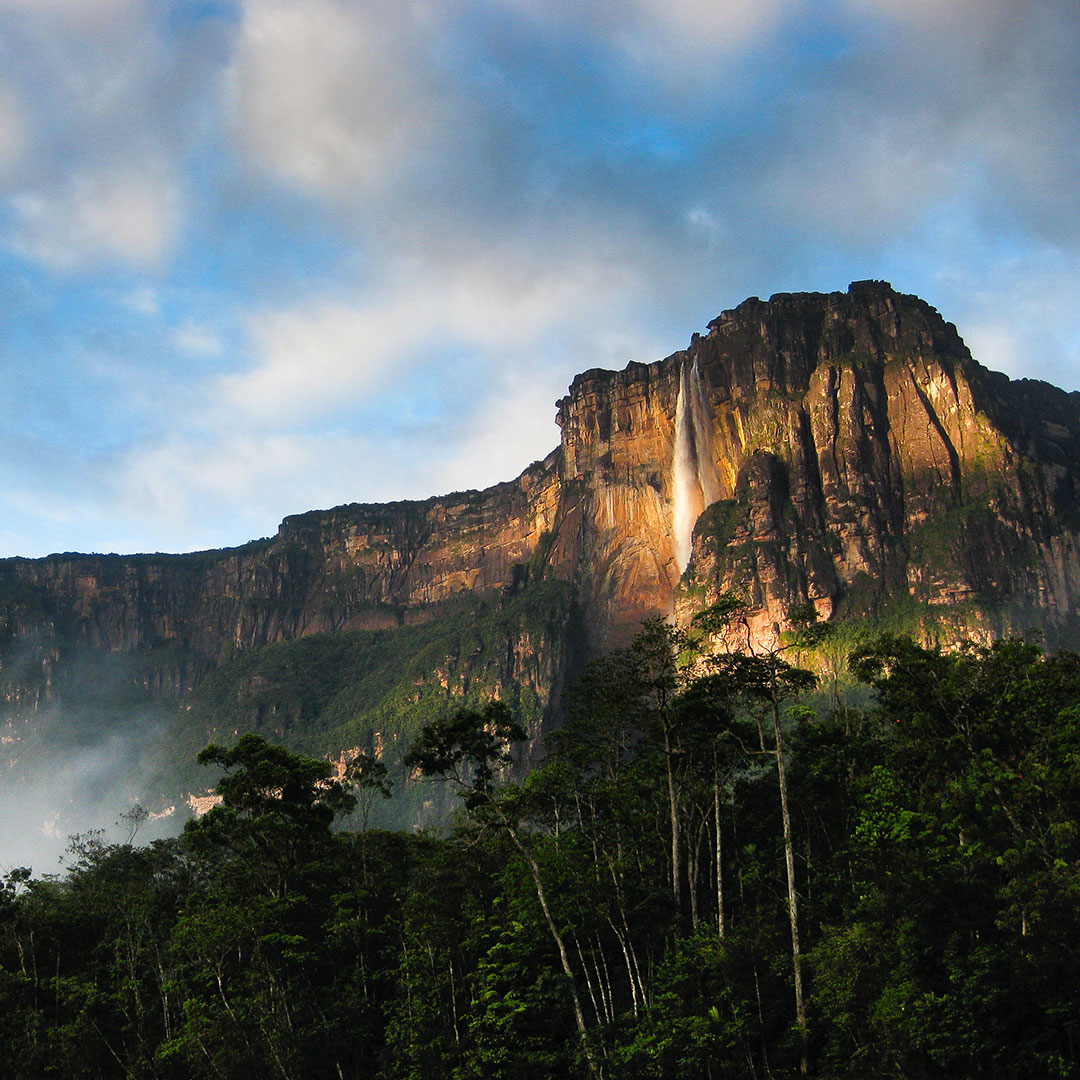 It wouldn’t be a list of the most beautiful waterfall destinations without including Angel Falls. The tallest waterfall in the world at 979 metres starts at the summit of Auyán-tepui and cascades down into Devil’s Canyon. Despite being located in Venezuela’s Canaima National Park, it was named after an American, James ‘Jimmie’ Angel, who was the first to fly over the falls. One reason why Angel Falls is so serene might be due to its accessibility: You have to fly in just to get to Canaima, as there are no roads leading there. Most waterfalls are named quite literally, and the Kilt Rock Waterfall in Scotland is no exception, with its facade resembling a pleated kilt. Instead of falling into a lagoon below, the water drops 90 metres straight into the Atlantic Ocean by way of the rock-laden coast of the Trotternish Peninsula. The winds there are strong enough to create a celestial sound across the rugged plains of the Isle of Skye, and sometimes it might even cause the water not to reach the bottom. Remember to watch your step! 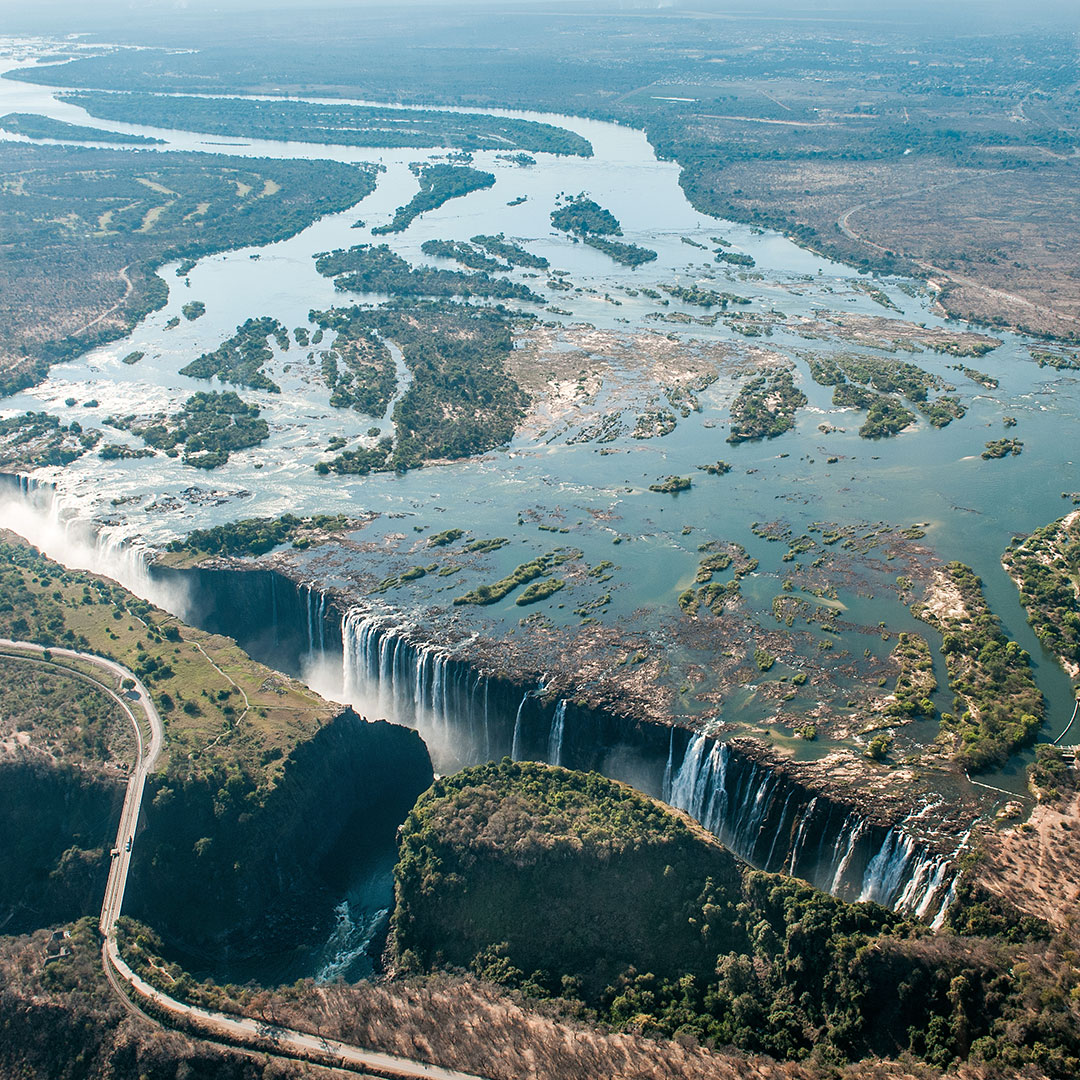 As the widest curtain waterfall in the world, one can hear the roar that the Victoria Falls creates from 40 kilometres away as it flows towards rapids below. The Kololo tribe that resided in the area in the 1800s even described it as ‘The Smoke that Thunders’. At almost 2 kilometres wide, the falls are hard enough to capture on camera, unless you have the luxury of a helicopter. But here’s a tip from us: The side from Zimbabwe has more vantage points compared to its Zambia outlook. 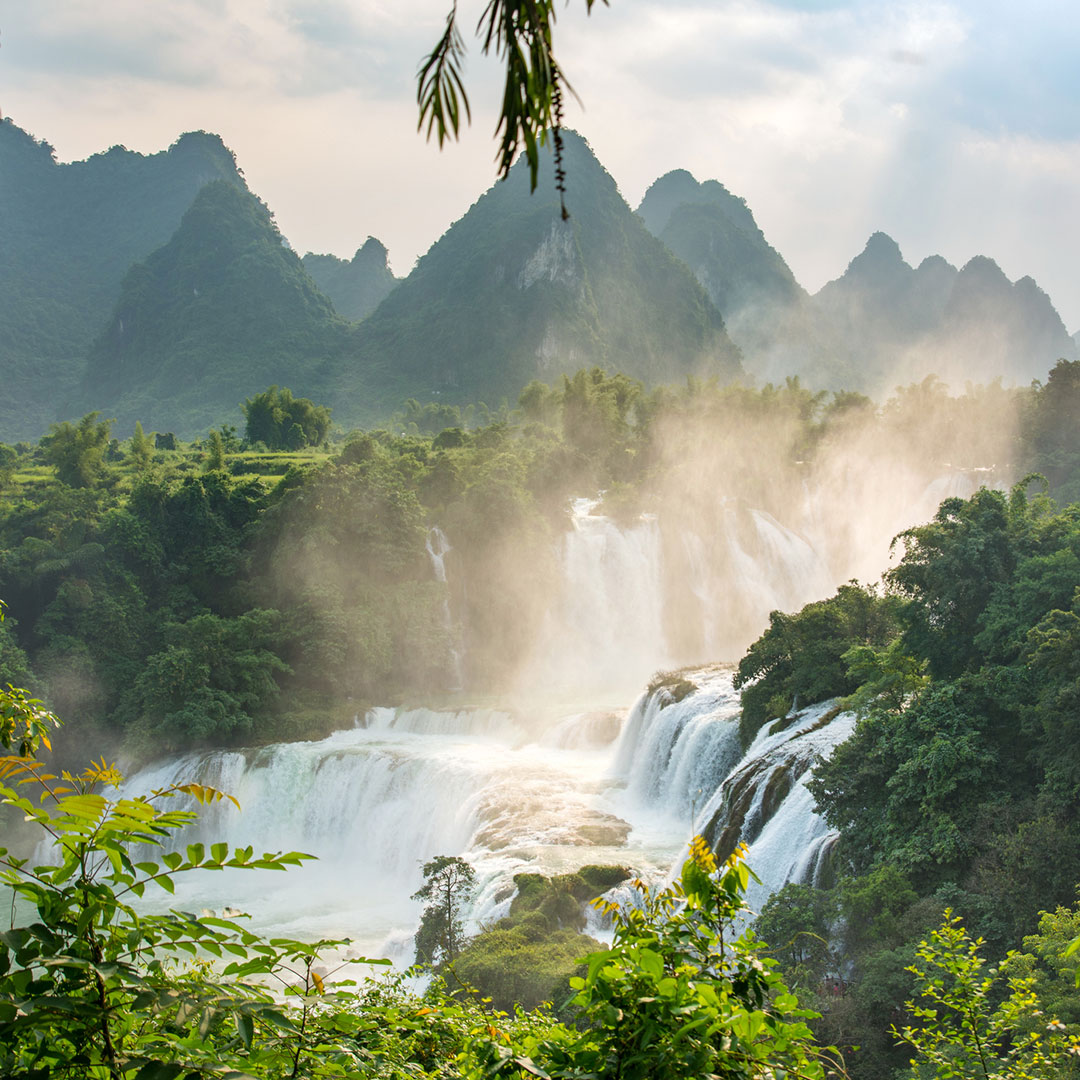 Much closer to home lies the Ban-Gioc Detian Falls. Situated between the international borders of China and Vietnam, this double-waterfall system is nestled within the picturesque karst hills of the surrounding landscape. Ban-Gioc Detian is also the largest transnational waterfall in Asia at 200 metres wide, although that can’t compare to the other curtain waterfalls on this list, like the Victoria Falls. The best time to go to Ban-Gioc Detian will be from May to November, as that is when the flow is the strongest.