Home > Travel > Destinations > What to eat, drink, and see in the Basque Country by chef Aitor Orive What to eat, drink, and see in the Basque Country by chef Aitor Orive

Travel
What to eat, drink, and see in the Basque Country by chef Aitor Orive
Share this article
Next article

If you’re planning a trip to Spain thanks to quarantine-free travel agreements, consider the Basque Country. The region is just as culturally rich as more popular spots, and can boast about having some of the best food in the country.

While relatively unknown in Singapore, Basque cuisine is highly celebrated in the food world. Dishes like pintxos and Basque burnt cheesecake have made their mark worldwide, and their restaurants regularly appear on the Michelin Guide and the World’s 50 Best Restaurants list.

Locally, one authority on the cuisine is chef Aitor Jeronimo Orive. While he grew up in Madrid, Orive’s family hails from small towns outside of Bilbao, and he worked in fine dining eateries in the Basque Country before landing here. He currently runs Basque Kitchen by Aitor in Singapore, which was given a Michelin star in 2019 and again in 2021. We talk to him to find out what to eat, drink, and see in the Basque Country.

“You have three major cities in the Basque Autonomous Region: Vitoria-Gasteiz, San Sebastian, and Bilbao. Other cities include Bayonne and Pamplona, and together they make up Basque Country. Basque Country is regarded as having one of the best cuisines in Spain. We use a lot of tomatoes, capsicum, and peppers. We try to use charcoal as much as we can to grill all our meats. We also eat a lot of seasonal produce like mushrooms in autumn and bonito or squid in summer.”

“San Sebastian has always been the holiday spot for the wealthy. It’s quite an expensive place to live. It’s a coastal city, and there’s a very beautiful beach called La Concha. There’s a lot of seafood, and you have many traditional eateries as well as avant garde, Michelin starred restaurants in such a small city. One of them is Mugaritz, where I enjoy going for lunch.”

“Bilbao used to be an industrial city. It was very grey, but it’s much nicer now since they cleaned it up. The city has a big river going through it, and this is where you’ll find the Guggenheim Museum. It’s well worth a visit. When I’m there I would go to Nerua to visit my mentor. I also like to go to Casco Viejo, the old part of Bilbao, for some beers. Bilbao’s food scene is also becoming more vibrant. It’s a great place to go for pintxos. I think it’s better than San Sebastian nowadays. You might have people who disagree, but that’s my personal opinion!”

“Vitoria-Gasteiz is where the Basque government is. It’s a green city, very clean, very beautiful, a combination of old and new architecture. Nearby in Navarra, you can go to Irati, one of the only forests in Europe that hasn’t been touched by humans.”

“When I’m in the Basque Country, I also like to go to Astigarraga, a town near the French border, to a cider house called Petritegi. All the cider houses pretty much have the standard menu. They have snacks, couple of starters, and the main course would be a big steak. Everything is charcoal grilled, and then you drink cider. At Petritegi they have chorizo, cod omelette, fried cod with piperade, and txuleta. Dessert is cheese, apple jam, and walnuts. It’s about 30 Euros (S$47) per head and very home style. There are big, long wooden tables, and you won’t find any table cloths.”

“Basque wine is not as refined as some French or Spanish wines. Some producers try to market it in fancier bottles and labels, but at the end of the day, it’s the wine of the people. Up north it’s very common to have chacoli or txakoli, which is a white wine made from an autochthonous grape called hondarribi zuri. Towards the south you have red wine from Alava. It’s inside the Rioja denominacion but it creeps into the Basque Country. In Iparralde, which is the French Basque region, you have some good wines from the French Irouleguy appellation.”

“At Basque Kitchen, we try to bring as much produce as we can from the Basque Country. At the moment we work with a fishmonger there who only buys from very small boats that fish with rods, not with nets. It’s fishing in an artisanal way, but it’s super expensive.”

“We can’t get beef from Spain in Singapore, so we source them from Australia. They come from grass fed, retired breeding cows that are eight to ten years old, which is what we would use in the Basque Country. Some things we make our own like txistorra, which is a chorizo like sausage. When there’s a season we bring bonito and vegetables like fresh piquillo peppers from Navarra.”

For more information on Basque Kitchen and the restaurants Orive mentioned, check out the list below: 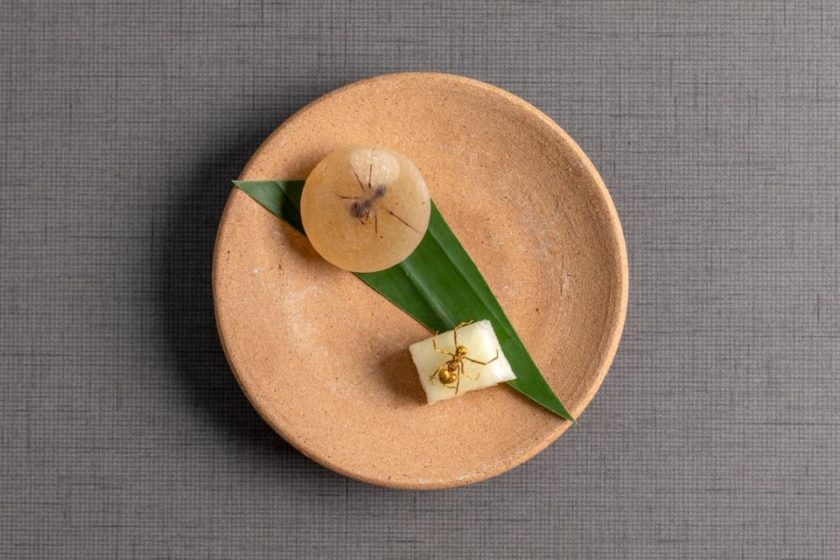 Located in the glitzy San Sebastian, Mugaritz is run by chef Andoni Luis Adurizis, who trained under the influential Ferran Adria in El Bulli. At his own restaurant, Adurizis aims to offer dishes in unexpected ways like the Silk Sake Handkerchief: a cloth like paste of calamari with flowers and herbs brushed with sake. Mugaritz came in at number 14 on the 2021 World’s 50 Best Restaurants list and currently hold two Michelin stars. 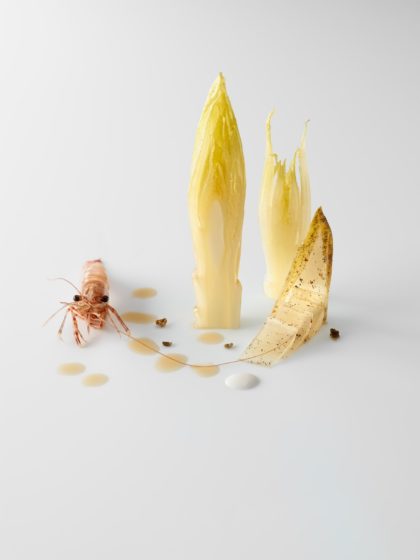 Nerua is a restaurant inside the Guggenheim Museum. It’s helmed by chef Josean Alija, who uses seasonal, local ingredients to create dishes that are delicate yet explosively flavourful. The restaurant currently holds one Michelin star and was number 32 in the World’s 50 Best Restaurants 2021 list. Petritegi is a cider producer who grow their apples in surrounding orchards and use traditional methods to make their beverage. The cider is stored in huge wooden barrels that you can fill your glass directly from, then dig into your set meal of salt cod omelette, fried cod with peppers, T-bone steak, and dessert. Basque Kitchen by Aitor was established in 2018 as a fine dining restaurant focusing on indigenous ingredients and Basque-style cooking. Within a year of its opening, it picked up a Michelin star and retained it in 2021. The restaurant also has a Pintxos Bar for more casual dining.