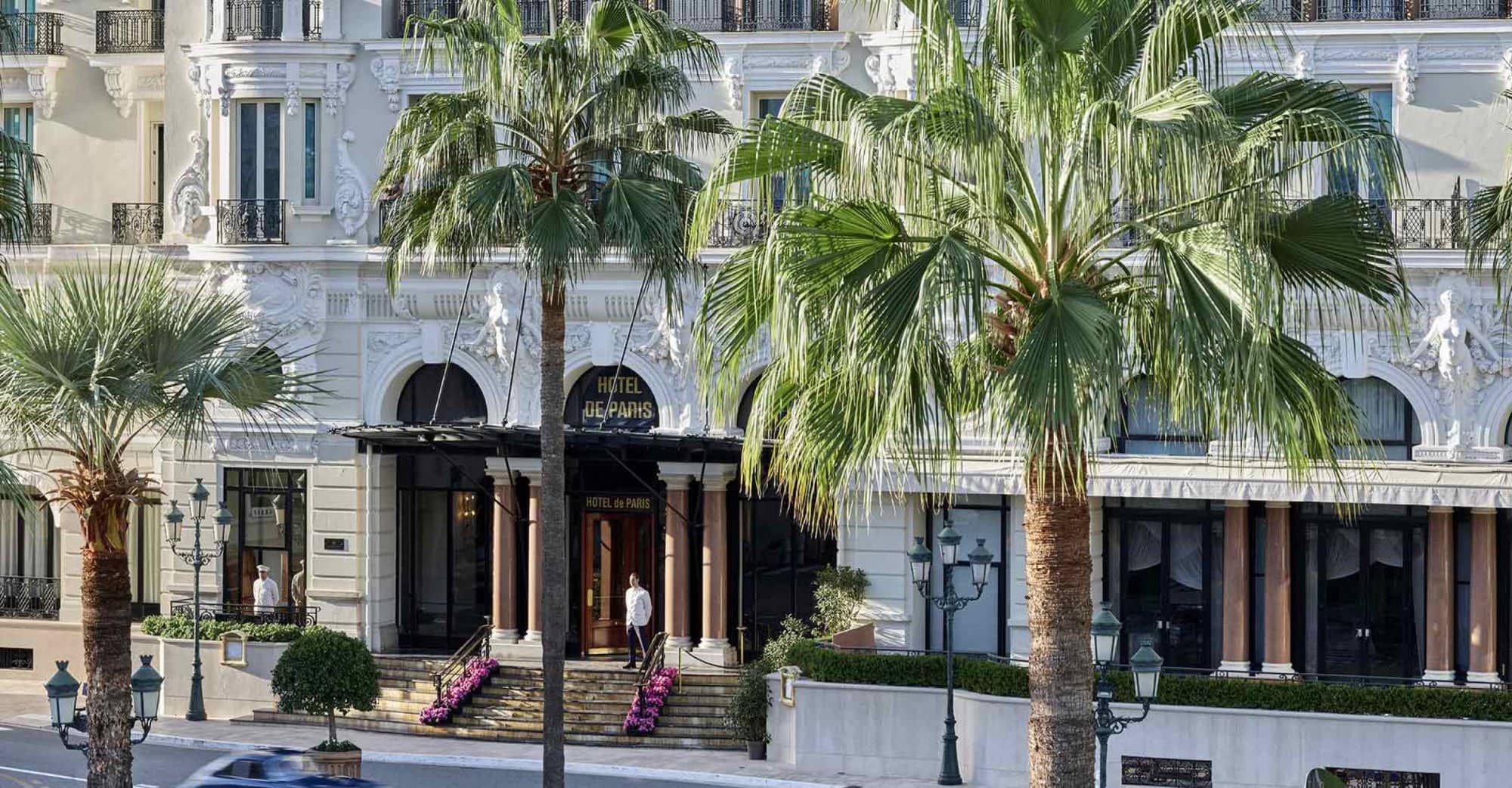 These are the best luxury hotels in Monaco to stay in

Dubai may be extravagant, but Monaco has been doing it for a much longer time. This sovereign city-state in the French Riviera has been attracting the wealthy since the mid-1800s, with the 1920s being one of the most glamorous periods of time to visit. Perhaps that’s why luxury hotels in Monaco are equally as extravagant.

Most people will recognise Monaco for three things: the annual Monaco Grand Prix held on the Circuit de Monaco, the many casinos there, and the annual Monaco Yacht Show. The city attracts so many wealthy people that a study found one in three people living there are millionaires. It also probably comes to no surprise that the city has no income tax. In tandem with this amount of wealthy denizens are luxury activities to be done in Monaco. Monte Carlo, for instance, is a world-renowned gambling spot for some of the wealthiest people in the world.

It also helps that the weather is mild all year round, which means you can visit nearly any time of the year and it won’t be sweltering or freezing. Besides going to the beach, you can also dine on fresh seafood, Michelin-starred restaurants, and party at Jimmy’z, the locally popular night club where big names such as Leonardo DiCaprio being part of its guest list.

Of course, while doing all that you should be staying at one of these luxury hotels in Monaco: 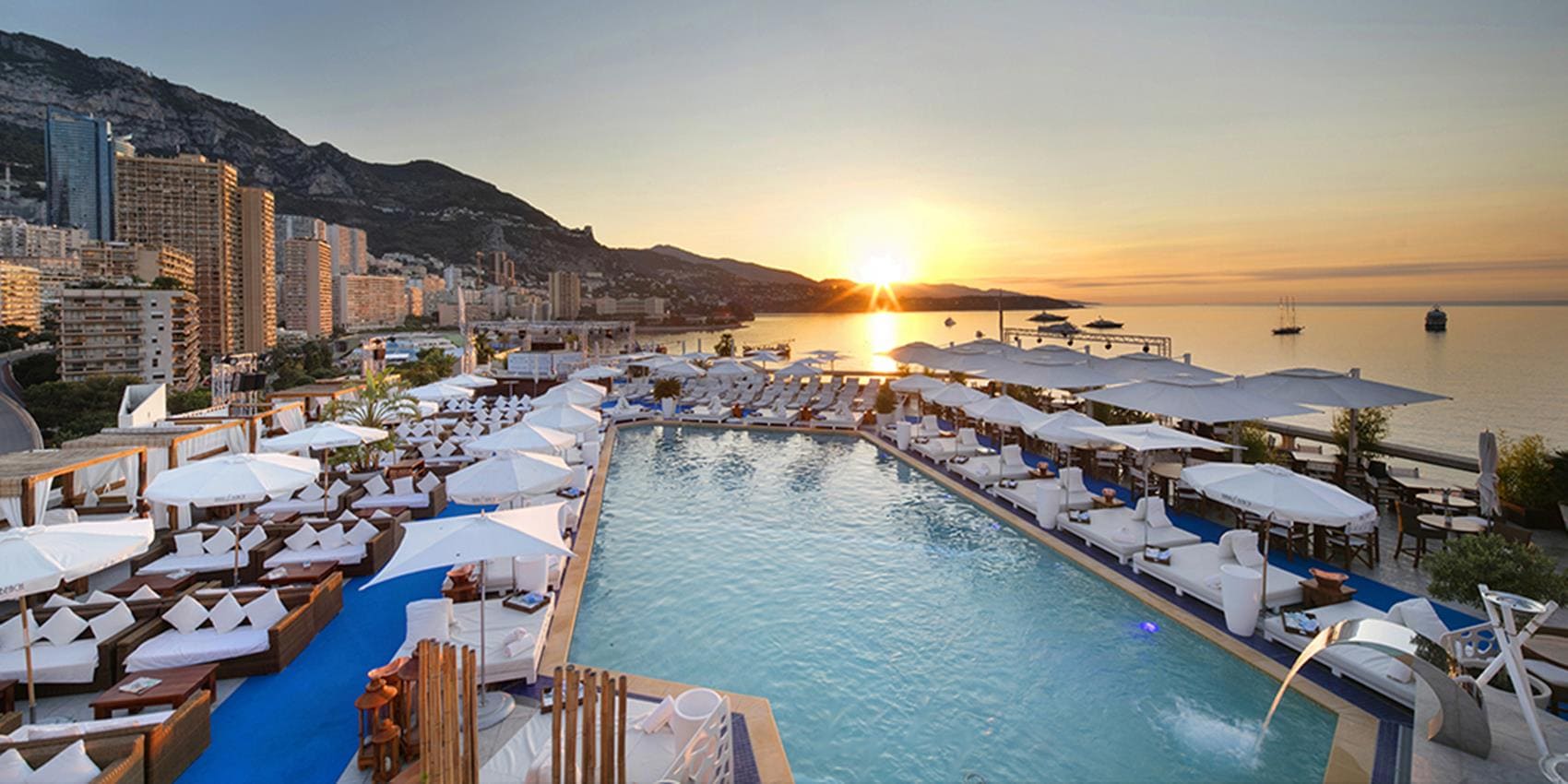 If you happen to be visiting Monaco when the Grand Prix is happening, then you’ll want to stay at the Fairmont Monte Carlo — if there are still rooms available. That’s probably because the entrance of the hotel looks out to the hairpin bend of the Grand Prix, one of the most iconic stretches of the race track. Any other time of the year, however, the Fairmont Monte Carlo is a gorgeous luxury hotel that spans over the seafront with a convenient location that’s just a short walking distance from restaurants and the casino. If you prefer to stay within the confines of the hotel, there are three dining outlets including a Nobu restaurant.

The hotel itself is posh, graceful, and chic. The structure was built in the 1970s over the area’s former railway station. The grounds span 60,000 square metres, which is a pretty large piece of real estate. There are 602 rooms within the hotel, all of which boast its own private terrace. You can opt for rooms that overlook either the sea, hotel gardens, or city. In fact, there’s even the Hairpin room that has the best vantage point of the famous Grand Prix stretch of track. 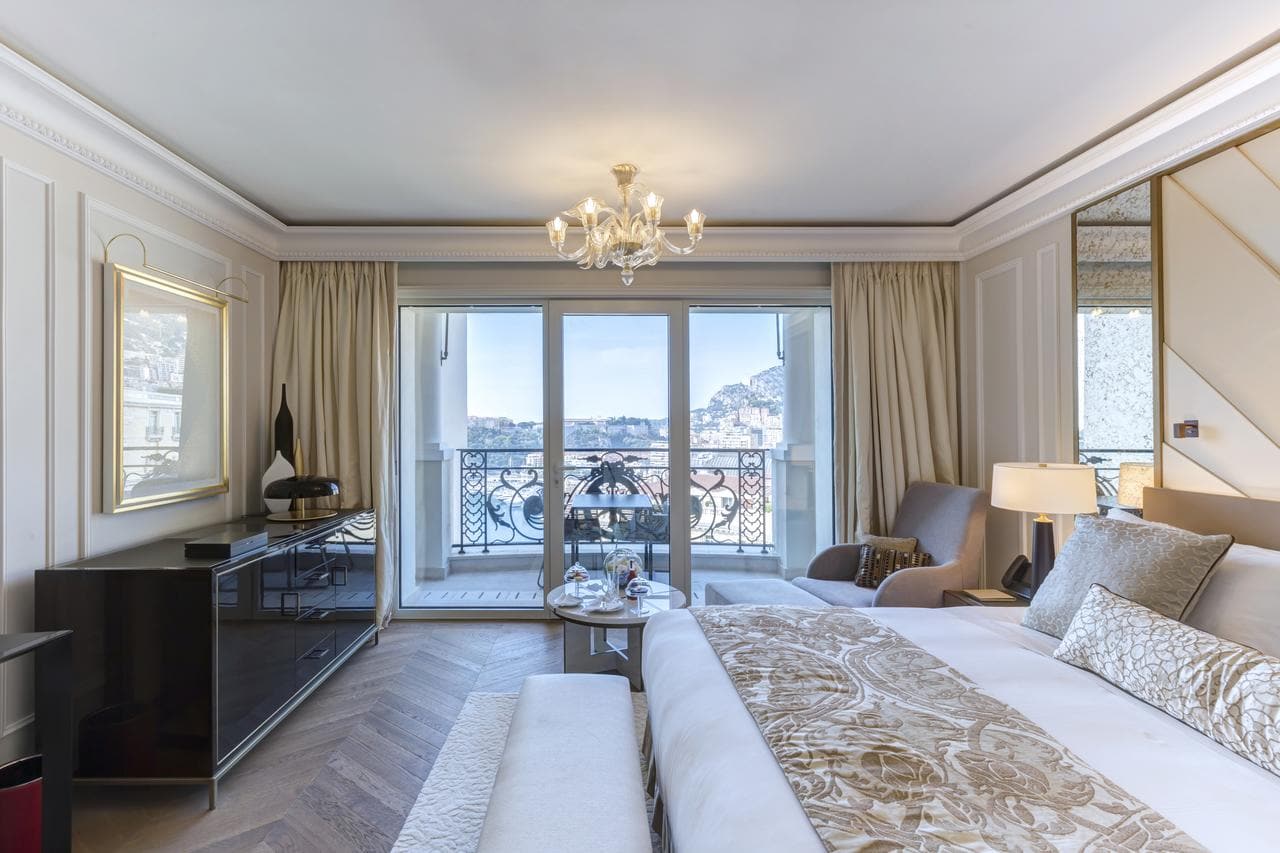 If there’s a hotel that mirrors the lavish lifestyle Monaco is known for, it’s definitely the Hotel de Paris. From its intricate Belle Epoque facade to the decadent interiors of marble and crystal chandeliers, everything about this hotel screams ‘luxury’. In fact, the hotel has just unveiled a refreshed look after more than four years and US$280 million in refurbishment costs. Now, all 207 rooms in the hotel have private terraces — previously not all came with it — and given a brighter feel with white walls and gold accents. The new suites now take on a combination of contemporary and classic styles with marble floors, sleek wooden furniture, Louis XVI-style decorative pieces, and more.

The restaurants within the hotel don’t fall short too. There’s the three Michelin-starred Le Louis XV by Alain Ducasse, as well as his other restaurant in the hotel, Omer. Not to be missed as well is Cave de l’Hôtel de Paris, the world’s largest wine cellar boasting more than 350,000 bottles of wine in its collection. 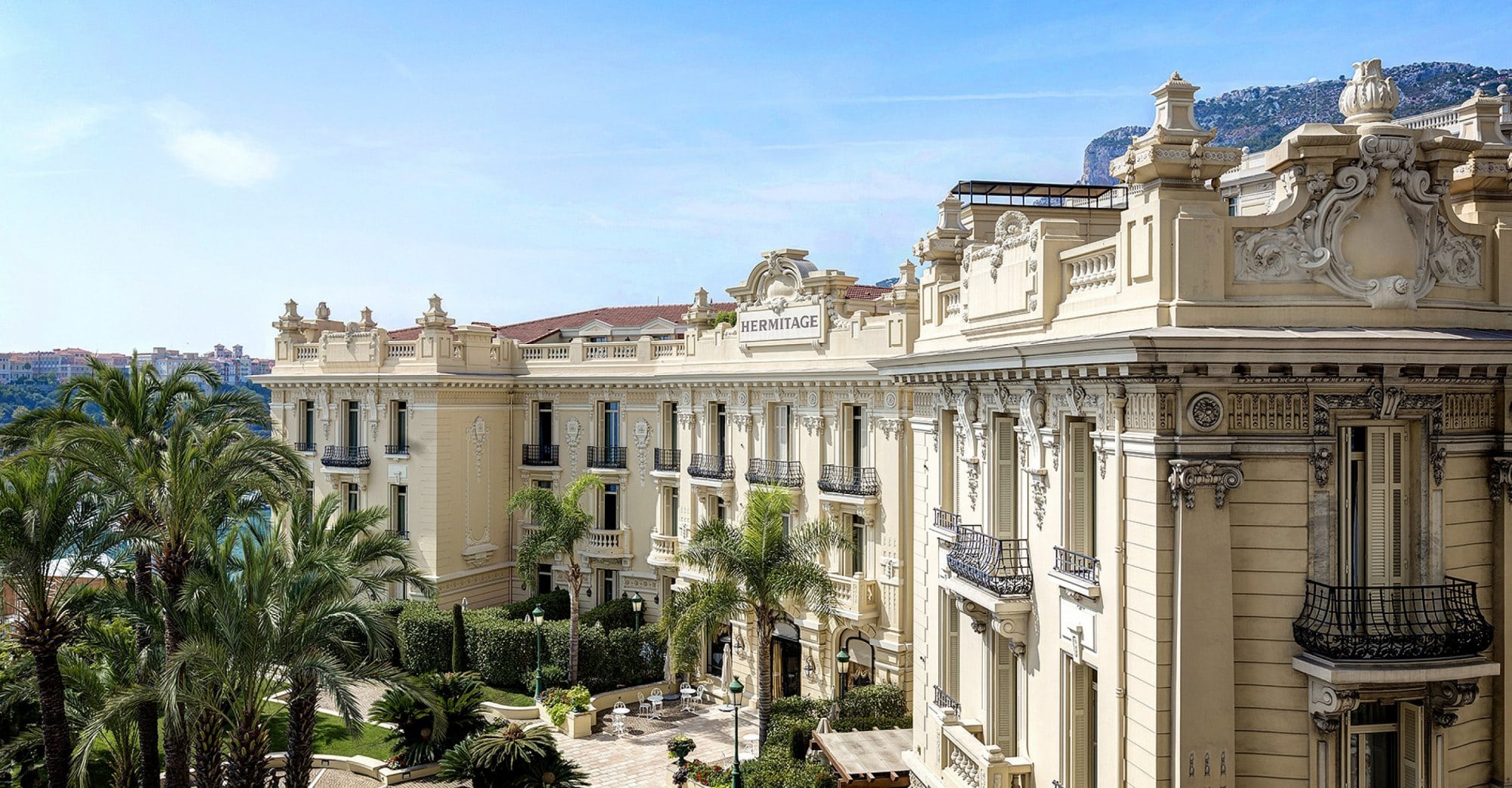 While the Hotel de Paris is extravagantly decadent and attracts people because of its fame, Hotel Hermitage attracts a different kind of wealth — the ones that prefer to stay below the radar, yet don’t scrimp on the luxury. It looks the part of a luxury hotel in Monaco with its Belle Epoque facade, gold leaf, and marble pillars. But make no mistake, it is not garish. Be sure to take time to admire the stained-glass atrium during your stay there.

The rooms are decorated with Louis XV-style furniture and marble bathrooms with amenities from Francis Kurkdjian. The Deluxe Seaview rooms seem to be the most popular, thanks to its gorgeous views. Definitely make time to dine in Vistamar, a Michelin-starred restaurant within the hotel that’s known for its delectable seafood and panoramic view of the ocean.

If you wish to indulge further, book yourself a session at the thermal spa, which you’ll have to go down a secret underground passage to get to. The spa boasts some modern treatments that are bound to relax your senses even further than it already is. 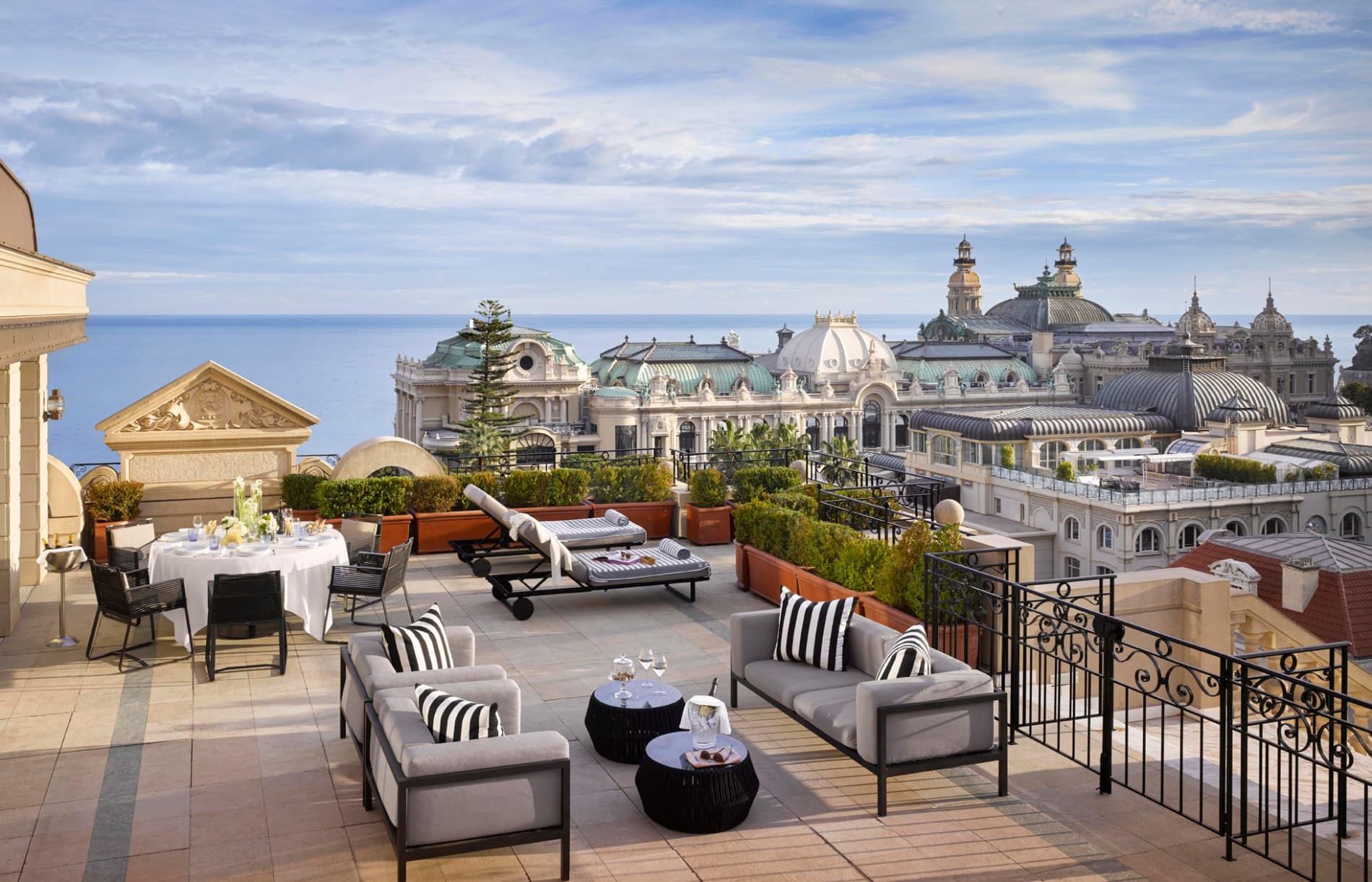 If it’s a well-designed accommodation you want, then the Hotel Metropole is certainly the place to check in to. Flowers are commonplace here, from the jasmine flowers in the landscaped garden to the seasonal flower compositions in the public areas on the ground floor. Floral textiles are even seen throughout the hotel’s interior. The lobby is understatedly luxurious, while lightly-curated music by a sound designer plays throughout the hotel to soothe your senses.

Within the 126 rooms, the understated luxury doesn’t stop. Period-style furniture and beds are featured, with towels and robes designed by luxury French house Hermes. For those intending on splurging, head directly for the Carré d’Or Suite, which comes with an expansive roof terrace.

As for the restaurants, there is not one but two Michelin-starred dining outlets to pick from. There’s a French restaurant– Robuchon — and the Japanese restaurant Yoshi. There’s also the rooftop poolside restaurant to dine in, which was refurbished by the late Karl Lagerfeld. 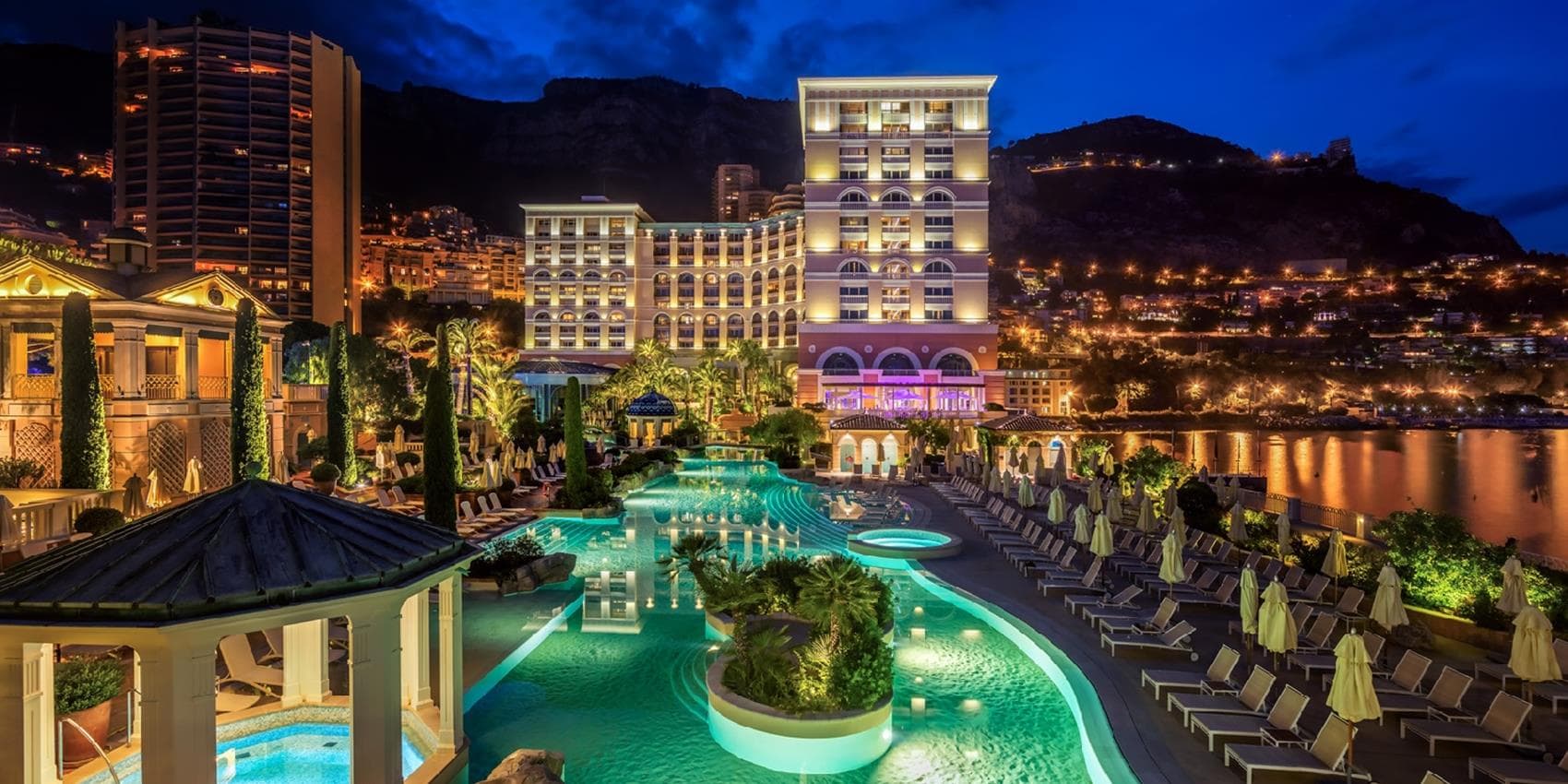 On a slightly lower tier of the luxe scale is the Monte-Carlo Bay Hotel & Resort, a four-star luxury hotel that’s still pretty extravagant by international standards. But in Monaco, luxury knows no bounds. This hotel is the perfect accommodation for families with children, thanks to the swimming pool complex that spans from the indoor pool and whirlpool tub inside a glass conservatory through the bridge and towards a sandy-bottomed lagoon and outdoor pools. It’s a huge water playground under the sun, which everyone will definitely enjoy.

With 334 rooms to choose from, one will be spoilt for choice. Most rooms come with generous alcove-style balconies and bathroom amenities from the hotel’s Cinq Mondes spa. Blue Bay is the resident Michelin-starred restaurant with a Mediterranean and Caribbean-inspired menu that you should check out at least once during your stay. 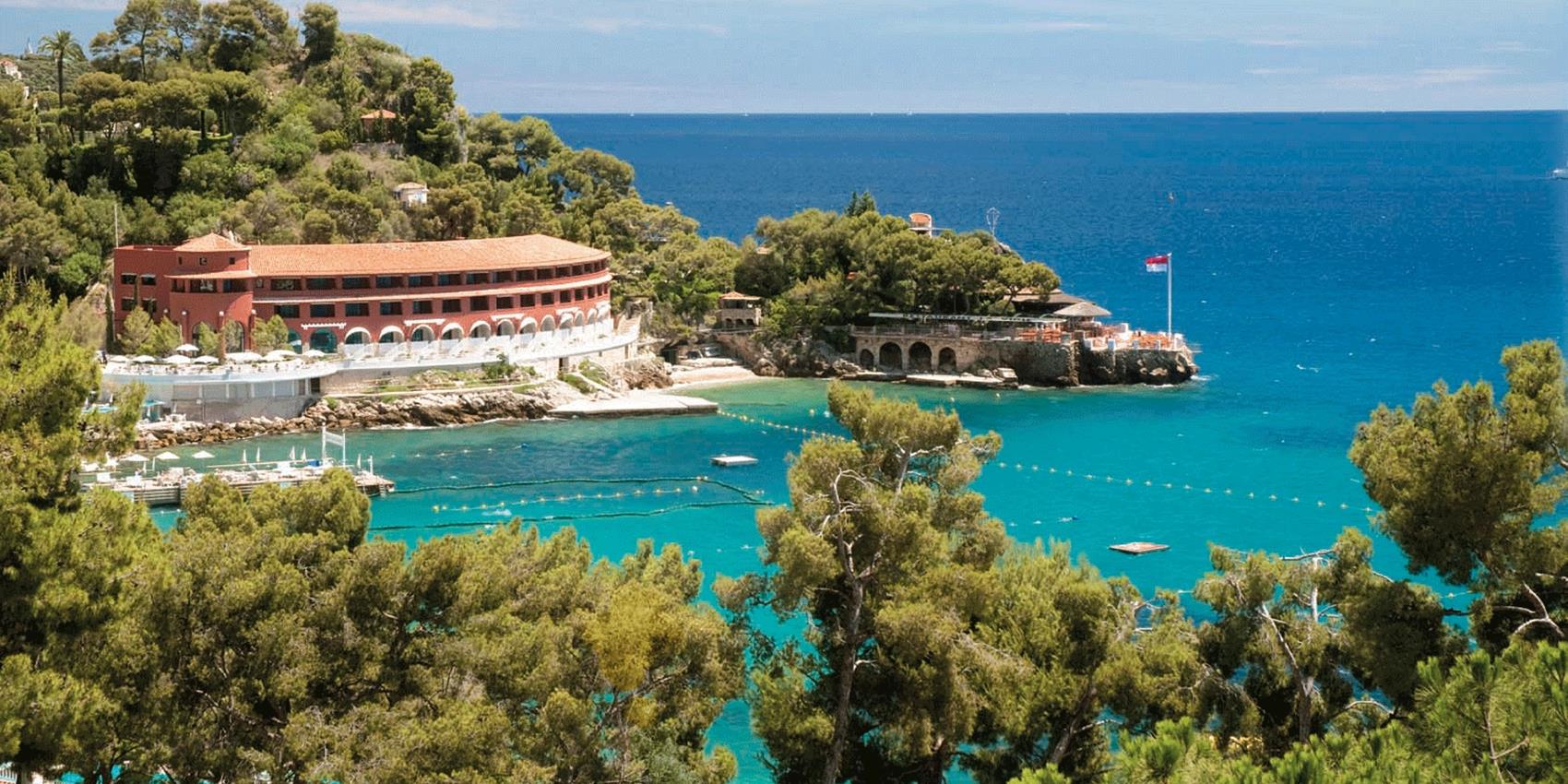 If it’s sheltered seclusion you want, then the Monte-Carlo Beach hotel will provide. Nestled on a rocky cape around the Cap Martin coastline and shrouded by umbrella pine trees, the best way to make an entrance here is to arrive by boat on its private jetty. This Art Deco hotel was designed in the 1920s by famed architect Roger Seassal, and its terracotta-coloured exterior stands out from the rest of Monaco’s Belle-Epoque accommodations.

Despite its notable size, the Monte-Carlo Beach hotel only has 40 rooms and suites, which add on to the exclusivity. Spot the Matisse-inspired frescoes on the walls with soft furnishings and white marble bathrooms, all designed by India Mahdavi. After luxuriating in that, be sure to pop by the spa for some La Prairie or Ymalia treatments.

As with most hotels in Monaco, the Monte-Carlo Beach hotel is also home to a Michelin-starred restaurant, Elsa, which uses all organic produce. For a great view during the day, head upwards to La Vigie, which has one of the best views of the sea. Sip on a glass of champagne and nibble on caviar, because that’s the life.