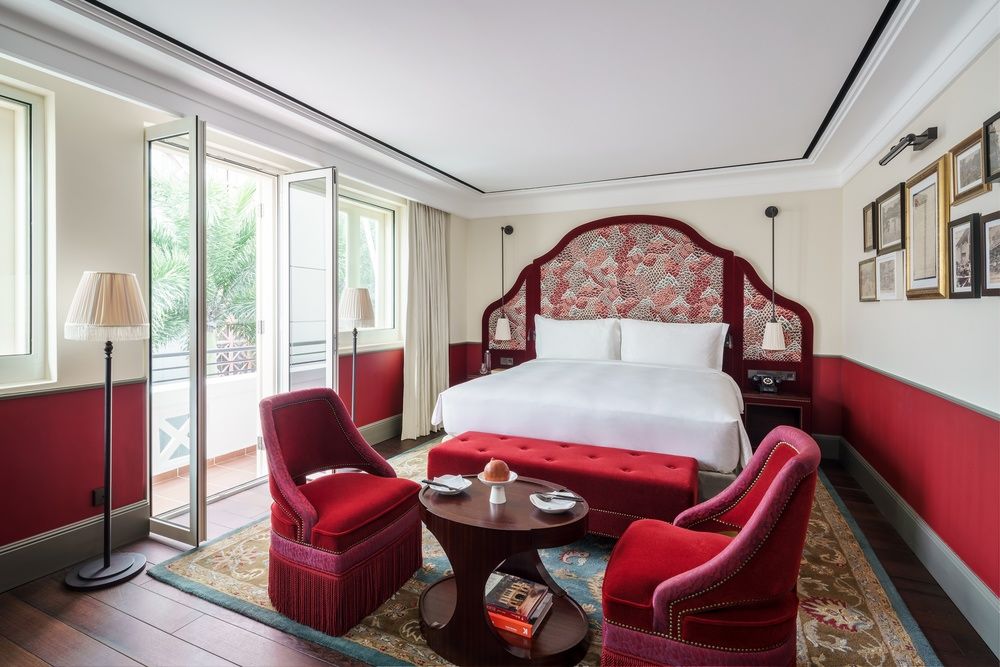 The mention of Six Senses calls to mind ultra-luxe properties in far-flung destinations around the globe. The hospitality brand are known for their jaw-dropping beautiful resorts surrounded by soft, white sand overlooking waves that roll on for miles.

So when Six Senses Singapore was announced, it took everyone by surprise — especially since it marks the first city hotel under the hospitality brand. Six Senses’ entry into Singapore, spanning across two heritage buildings in the city’s Chinatown district, aims to celebrate the city’s culture and history while bringing sustainability to its fore.

We had a sneak peek at the brand when the first building, Six Senses Duxton, opened in April this year. The property, designed by acclaimed designer Anouska Hempel, was a different experience in the heart of Singapore; making an unforgettable first impression. Naturally, we had high expectations when we checked out its sister property, Six Senses Maxwell, following its opening on 1 December.

Travel
Check in: Six Senses Duxton pays homage to the precinct’s shophouse past

Located just across the road from the first property, the 138-key Six Senses Maxwell is housed in a colonial-style 19th-century building that has received the Urban Redevelopment Authority Architectural Heritage Award. The heritage building was given a new life by French designer Jacques Garcia, the person behind iconic hotels such as Hôtel Costes Paris, The NoMad New York City, and L’oscar London.

Its central location ensures that it is just 20-minutes away from the airport. Alternatively, guests can take the train to Tanjong Pagar MRT station, which is just a 10-minute walking distance from the property. Original artwork, such as photographs taken by owner Satinder Gracha and 200-year-old indentures from a Christie’s auction, are displayed in antique frames which look right at home in the suites and along corridors of the hotel. A hotel representative told us that the hotel is the most expensively-fitted property in Singapore, after all.

In line with Six Senses’ focus on wellness, bedside tables are displayed with books such as Dr. Baolin Wu’s Qi Gong For Total Wellness, and energy chimes that can help you restore your energy flow to bring about a state of well-being. During turndown service, a canvas bag containing items such as Tiger Balm, Nutmeg Medicated Oil and Po Chai Pills is placed on the bed. We were even treated to an alcohol-free nightcap placed by the staff in the fridge, helping ease us into a deep slumber that night.

The mini bar, similar to Six Senses Duxton, is one of the most impressive ones we’ve ever seen. A selection of various spirits, be it whisky or vodka, are made available with garnishes such as lemons and oranges. The mini bar is also stocked with locally-made products such as Tanglin Gin, bottles of East Imperial tonic water, as well the popular Golden Duck salted egg yolk potato crisps and fish skin.

The highlight of our stay, and we predict for many others too, was the hotel’s food and beverage offering. Four of the five venues span the ground floor of the building, which was the former home of the Murray Terrace Food Alley in its past life. The building rooftop, once completed, will feature Max’s Edible Garden and Bar to complement the 25-meter rooftop lap pool and gymnasium.

Swinging the doors open from the airy lobby will lead you into the Cook & Tras Social Library, a swanky space surrounded by walls of books from around the world. Like most, we marvelled at the interior design of the space before settling into a plush corner and taking a look at the carefully thought out menu mainly inspired by famous authors (featuring cocktails such as the Hemingway “Royale”, and Steinbeck).

Behind the bar, you’ll find the chatty Ricky Paiva, who is the former head bartender at the award-winning Manhattan Bar. His recommendations include the AE Martini, a light and refreshing vodka-based cocktail — served with passionfruit, vanilla and lemon served with a splash of Cava on the side — for those who don’t like their tipples too strong. On the other hand, the Mulled Wine Cobbler (organic Tempranillo base with port poached pears and winter spiced syrup) transports us to a European winter, perfect for the festive season. Paiva gave us a first glimpse at the upcoming Garcha’s bar, a quintessential spirits bar boasting an impressive collection of spirits comprising small batch and artisanal whisky, tequila, gin, rum and vodka. This room will be more of a gentleman’s lounge offering one-of-a-kind bottles you probably wouldn’t be able to find elsewhere. “It’s all about exploring cool single batches and rare spirits,” he mused.

We were then led to the Murray Terrace Brasserie (named after the 1929 original moniker of the space), spearheaded by Chef Henry Jordan, who oversees the restaurants at both properties. Its highly curated menu is inspired by Euro-Mediterranean cuisine with a focus on sustainably farmed seafood, grass-fed beef and organic poultry.

Highlights include the Hand Dived Scallops served with hazelnuts, chives, and dashi brown butter, Shepherd’s Pie made with braised lamb, charred root vegetables carrot vichy, and pomme puree, as well as the Black Angus MB4 Tomahawk, which just melted in our mouths. Diners can pair the food with the brasserie’s extensive wine selection, and end it off by tucking into the desserts menu dreamt up by Australian patisserie chef Trent Richardson. The hotel’s amenities include the 25-metre lap pool and gym, enough to help guests keep track with their fitness goals while travelling. Additionally, they can also sign up for yoga sessions which are held twice a week right behind the property. The Six Senses Spa Pods, while not ready yet, will open in early 2019 — offering signature massages, facials and beauty treatments for guests at both Six Senses Maxwell and Six Senses Duxton. 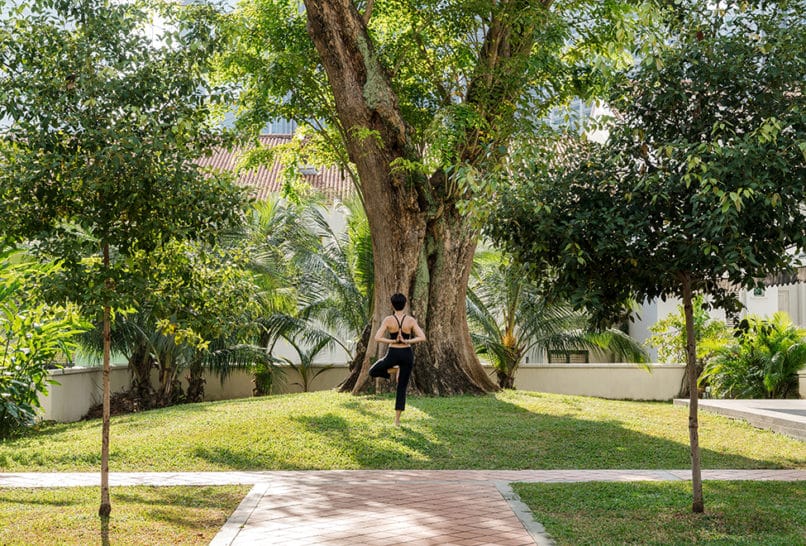 Both Six Senses Duxton and Six Senses Maxwell serve as an excellent preview of the hospitality brand’s future offerings, a refreshing change from its beachfront resorts in exotic locations around the globe. Unlike most big establishments, Six Senses Singapore cleverly introduces the city’s rich culture and heritage to the world, instead of the glistening skyscrapers and tourist attractions the lion city is known for. If you’re visiting and looking to immerse yourself in Singapore’s history, skip the usual sky-high hotels and book a room in one of the two heritage properties instead.

Singapore Hotels six senses singapore six senses maxwell
Dewi Nurjuwita
Senior Writer
Dewi Nurjuwita is a travel and design writer who can be found exploring the streets of foreign cities with passport in one hand and a cup of coffee in the other.
Travel Architecture Interior Design