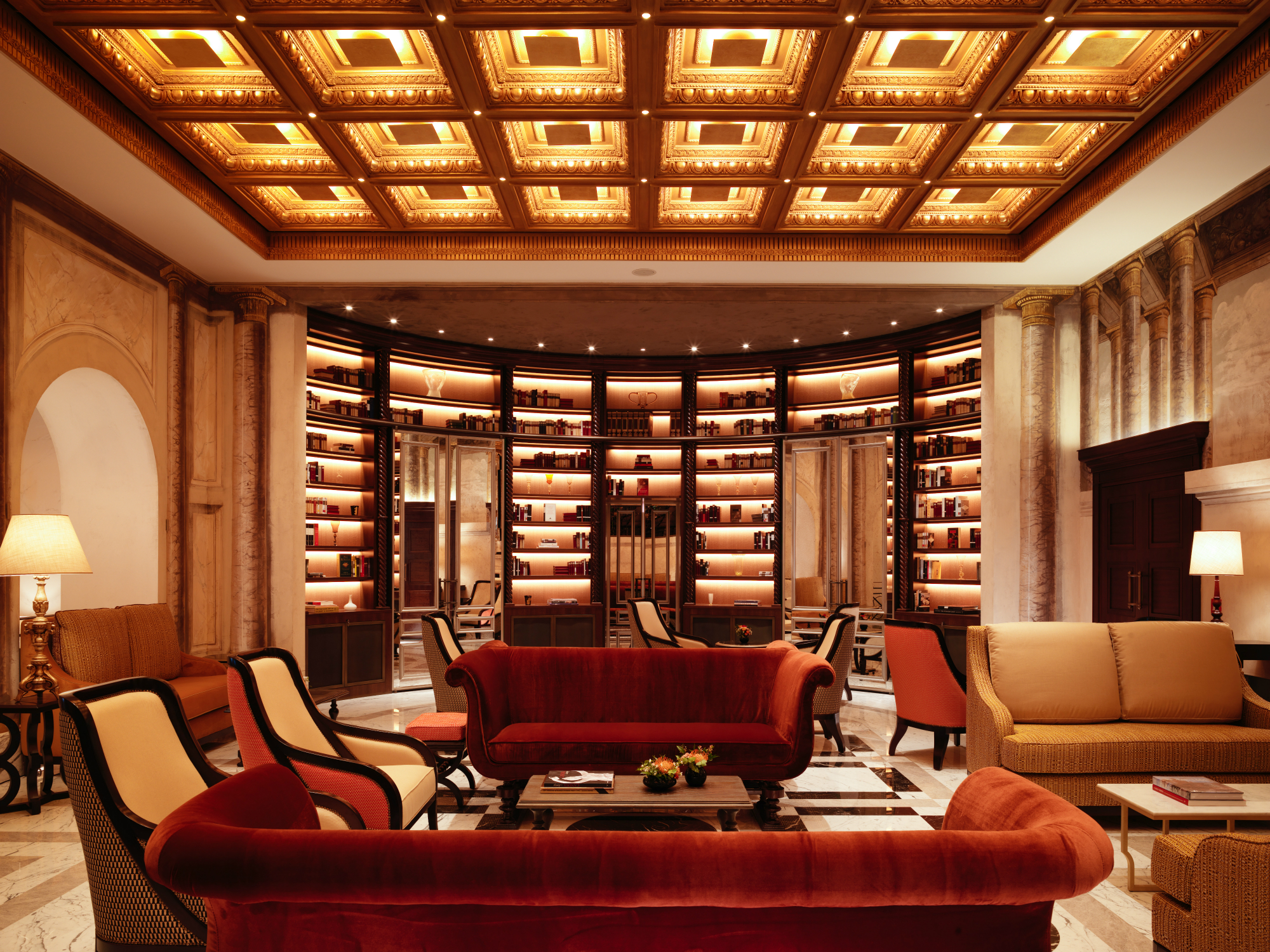 Check in: The newly refurbished Hotel Eden in Rome

Travel
Check in: The newly refurbished Hotel Eden in Rome
Share this article
Next article

Rome, a romantic city with breathtaking ancient sights coexisting with a modern vibrancy, is one of the most uniquely-preserved cities in the world. The city’s cobbled narrow streets are dotted with historical monuments, be it Vatican museums, 18th-century fountains, Renaissance churches, or magnificent hotels — such as the world-renowned Hotel Eden, where we stayed when we visited the Roman capital last year.

The iconic hotel is one of Rome’s prestigious symbols, having welcomed heads of state, royalty and leading personalities in the world of science, literature, art and show business since its conception at the end of the 1800s. Today, it remains one of Rome’s grandest hotels, especially after having embarked on a 17-month restoration that was completed last April.

Helmed by designers Bruno Moinard and Claire Bétaille, who previously redid the Hôtel Plaza Athénée, the new redesign aims to modernise yet retain the hotel’s Roman charm and authenticity — evident from the use of various furniture and architectural details crossing through numerous ages and styles to strike the perfect balance between old and new, beautiful monochrome marble floors dramatically contrasted against red ochre, grey stucco marbles, and fresco paintings by Gio Bressana.

The prestigious hotel is set in one of Rome’s most exclusive areas just a five-minute walk to the Spanish Steps, Trevi Fountain and the world-famous Via Veneto, one of the most expensive streets in Rome. In fact, the street was known internationally during the Dolce Vita period, when it became the meeting place of artists, designers, writers and Hollywood stars (think Audrey Hepburn, Gary Cooper, and Coco Chanel).

It comes as no surprise, then, that the hotel offers a myriad of shopping options from both local and international luxury brands, as well as the best restaurants in the city.

The small hotel boasts a total of 98 beautifully-appointed guest rooms and suites, a reduction from its former 121 rooms — ensuring more spacious living spaces for guests. We stayed in the Prestige Suite, which comes with a separate living room and study area. The opulent room boasts high ceilings and tall windows that allow for abundant sunlight to spill in.

“When you enter a bedroom you should really feel that you are in Rome,” said designer Moinard in the design brief. Indeed, he succeeded, as our room radiated Roman sophistication and charm. Materials used in the suite are authentic and sourced from regions of Italy, such as the exquisite marble (found in the bathroom) that’s carved exclusively in the Roman city of Pietrasanta in northern Tuscany, home to the art of marble carving and modelling.

However, you don’t have to leave your modern conveniences at home. The suite boasts high-tech touches such as a large television and portable music player from Bang & Olufsen, enough to keep you entertained in the evenings after exploring the city or shopping along Via Veneto. Our favourite part of the suite is the walk-in closet, which offers ample space for clothes and accessories.

The gorgeous ensuite bathroom is another highlight of the suite. Washed in white marble with gold accents, the bathroom features a separate bathtub, shower and toilet as well as two sinks. There is also a powder area for the ladies.

When in Rome, do as the Romans do — and they do take their food seriously. Hotel Eden is home to two dining establishments, La Terrazza and Il Giardino Ristorante & Bar, as well as a bar.

La Terrazza by Chef Fabio Ciervo boasts one Michelin star, a testament to the chef’s unconventional yet interesting approach to modern Italian cuisine. Ciervo is known for his progressive techniques and state-of-the-art equipment, often being the first in Rome and Italy. Additionally, he also has an appetite for only choosing the best ingredients and produce.

We tried the tasting menu for dinner, which was a true masterpiece that saw every dish meticulously and artistically plated. It showcased everything from seafood, meat and local delights like al dente spaghetti topped with pecorino cheese, Madagascar pepper and rosebuds. The chef took his time to explain to us his philosophy, techniques and what modern Roman cuisine means to him. We even had the honour of stepping into the kitchen for a look at the spectacular setup.

With its wonderfully-prepared food, great service and magical views of Rome, La Terrazza has all the makings of a world-class restaurant in the heart of Rome, and is worth a visit even if you’re not staying in the hotel.

The second restaurant, Il Giardino Ristorante & Bar, is also under Ciervo’s command. While just as exceptional, the food served here boasts simpler flavours, and is almost rustic to a certain extent. The cuisine, such as the tapas-style cicchetti, is a result of Ciervo’s contemporary take on traditional Roman fare — with highlights that include fried courgette blossom stuffed with mozzarella, anchovies and crispy calamari. Other items on the menu include pizzas, ravioli, salads and a selection of Italian cold cuts.

This restaurant also functions as a bar, dining establishment for lunch and dinner, and breakfast venue. The breakfast spread is expansive with everything you may want — be it full English or American breakfast, fresh healthy fruit from all parts of the world, fruit juices, sweets, various coffees and teas, and even Prosecco if you’re feeling the urge.

It features a terrace overlooking the Roman landmarks and Villa Medici for alfresco dining. In fact, sophisticated Romans come here frequently as this is known to be the place to see and be seen. Here, you can enjoy the jazzy piano entertainment every night while you indulge in an aperitif and a refreshing drink.

A few steps up from the lobby is La Libreria, a relaxing bar in a luxurious setting. Its walls are adorned with frescoes, while geometric marble patterns are laid on the floor, giving the room a modern touch. Here, you can relax over a light breakfast or an aperitif served during the day, making it the perfect venue for meetings or afternoon tea. Come nightfall, the lounge transforms into a secret bar with live piano performances.

Besides a dynamic food and drink concept, the hotel also has its first urban spa featuring a blow-dry bar, three suites with pampering treatments, as well as beauty and wellness offerings from Sonya Dakar (a brand hailing from Beverly Hills) and Officina Profumo – Farmaceutica di Santa Maria Novella. The spa menu offers everything from Swedish to Balinese massages and facials.

We were also pleasantly surprised to find that the in-house gym is well-equipped with Techno Gym’s designer equipment by Antonio Citterio — providing everything you may need if you’re looking to keep fit while travelling.

Hotel Eden is a gorgeous historic hotel located in the Eternal City. However, it is not a tired hotel, especially after undergoing the 17-month rejuvenation led by Moinard and Bétaille. Here, you can find contemporary comforts meant for the modern global traveller, alongside world-class hospitality and a rich history.