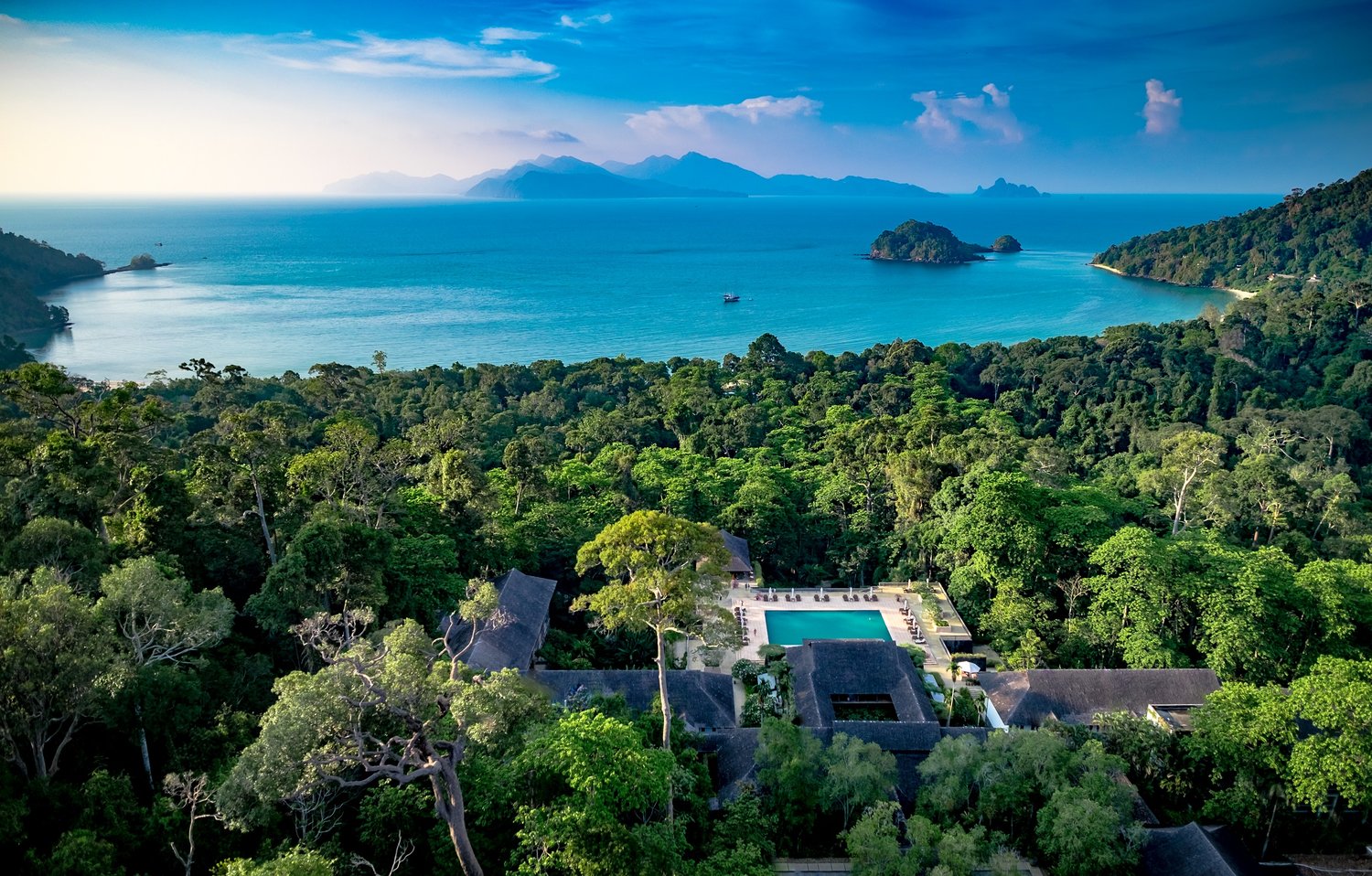 A first look at The Datai Langkawi’s magical transformation

The magical Datai Bay, with its glistening turquoise waters and lush rainforest, enchants many — including Australian architect Kerry Hill almost two decades ago when he fell in love with the view on a site visit with fellow architect Didier Lefort.

It was then that The Datai Langkawi was conceived. The legendary Malaysian resort, nestled in the heart of an ancient rainforest on the northwest tip of the island of Langkawi, has attracted guests with its mesmerising nature, visionary architecture, luxury and hospitality since 1993.

The iconic resort has recently embarked on an extensive S$79 million renovation that signifies the biggest overhaul since its inception over 23 years ago. The project will be led by Lefort, who along with Hill, was responsible for the original architecture and designs that won the Aga Khan award for architecture in 1993.

The 10-month renovation started in September 2017 and will conclude in July this year, taking inspiration from the local environment, culture and materials. In total, it’s seeing a complete overhaul of the guest rooms, suites, villas and public areas — with a new design that marries simplicity, modernity and creativity. All facilities have been updated with lighting enhancements and a warm colour palette.

The restoration will also see the addition of three new Rainforest Pool Villas in addition to the existing five, all of which will be located along the Datai River which runs through the 750-hectare rainforest. Each rustic stand-alone villa features a deck and pool overlooking the river, the perfect place to retreat in complete serenity.

Additionally, there will be a new five-bedroom The Datai Estate, one of the largest villas of its kind in Asia. It comprises of spacious living rooms, games rooms, 24-hour butler service and a private chef.

Perhaps one of the most exciting new features is a dedicated Nature Centre, all inspired by tribal bamboo longhouses to offer further opportunities for guests to immerse themselves in nature. The centre will be run by a team of naturalists and marine biologists led by the resort’s residential naturalist.

“We have a duty to preserve the legacy of this extraordinary resort and the time was right for a major refurbishment, over two decades since it was built,” said Arnaud Girodon, General Manager, “We are confident the new incarnation of The Datai Langkawi will broaden its appeal across continents and generations whilst delighting our loyal repeat guests, many of whom see this as a second home.”
The property is slated to reopen in July 2018.

Restoration Southeast Asia Langkawi The Datai Langkawi Luxury Resorts aga khan kerry hill Didier Lefort resorts in langkawi resorts in southeast asia
Dewi Nurjuwita
Senior Writer
Dewi Nurjuwita is a travel and design writer who can be found exploring the streets of foreign cities with passport in one hand and a cup of coffee in the other.
Travel Architecture Interior Design