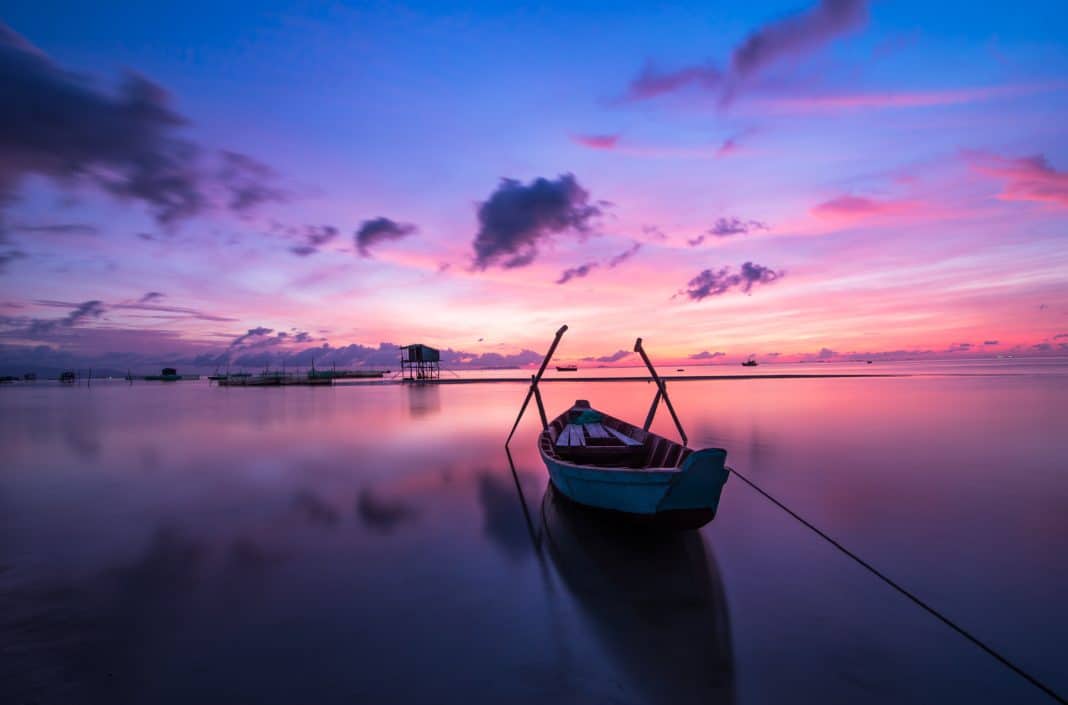 A look at the world’s first nomadic hotel

We spend an average of 700,000 hours on earth. While that may be a fun fact that you now have in your arsenal when you have absolutely nothing to say at the next family gathering, it may also put things into perspective, forcing you to reflect on how you spend your waking hours.

“What on earth is a nomadic hotel?” You may be thinking. Well, the idea behind this is that a hotel is not an actual structure, but a series of experiences that offers an escape from your daily life whenever you’re travelling.

The “travelling hotel” will open in September this year in a four-room, 19th-century stone palazzo in Gagliano del Capo, a small town in Salento, Italy, known for its wild beaches and groves of knotted olive trees. But here’s the deal: the hotel will only be open for six months, before moving on to Northwestern Cambodia, where a series of accommodations include an ancient Buddhist temple.

That’s the idea behind 700,000 Heures. Every six months, the hotel will change locations, occupying different buildings in various destinations. Sometimes, an existing building will be reimagined or refit for the hotel’s needs. At other times, it will be built from scratch.

Food & Drink
An introduction to amaro liqueur, Italy’s underrated gift to the world

700,000 Heures rides on the trend of pop-up restaurants and shops that have been happening for the past decade or so. In fact, Teyssier himself took part in the trend when he opened a pop-up hotel in Paraty in southern Brazil, which operated for six months in 2014 before shutting down. This was perhaps what sparked the idea for the nomadic hotel.

Most of the structures the company inhabits will be small and intimate, featuring no more than eight rooms in any one location. Priority will be given to its several hundred members, who’ll pay an annual €500 (S$784) fee and can opt into destinations as they The Amazirs’ Circle membership, the program will allow members to experience the trips before anyone else. The hotel will also present members with a mock passport, which will be stamped after each trip.

Travel
Check in: Amansara, a remnant of the golden Khmer empire in Cambodia

Another destination is the north of Brazil, opening in June 2019, where travellers get to explore the breathtaking Lençois Maranhenses and its infinite dunes. The house in Santo Amaro will be nestled close to the Lençóis Maranhenses National Park.

Along with the physical spaces, Teyssier and his team will organise excursions and events for all guests. The hotelier — who over the years has operated small, exquisite hotels in Morocco, Portugal and Brazil — will be present during all of these trips. In Cambodia, this might mean training with acrobats at the renowned Phare Circus in the French colonial city of Battambang or visiting Tonle Sap Lake, a biosphere reserve with a floating village or wooden houses. Other off-the-beaten-experiences include dining in private temples, sleeping under the stars, visits to floating villages, and incredible sunrises of Angkor Wat.

In Salento, at the other end of the world, guests will go on a fishing-boat ride through hidden coves along the Adriatic, or a sunset picnic at Santa Maria di Leuca, a little-known Roman sanctuary.

“The world is too rich to settle for trips that all look alike. There are so many different places to discover, so many thrills to experience, so many diverse cultures to explore,” said Teyssier. “It’s time to invent a new way to discover the world, which is more authentically connected to people and cultures, more enriching and more humane for all.”

Travel 700000 heures Thierry Teyssier nomadic hotel pop-up hotelt
Dewi Nurjuwita
Senior Writer
Dewi Nurjuwita is a travel and design writer who can be found exploring the streets of foreign cities with passport in one hand and a cup of coffee in the other.
Travel Architecture Interior Design