The refurbished hotel does away with formal check-in counters. Instead, guests can complete the process in their rooms. Upon arrival, guests will be personally attended to by Raffles Hotel’s butlers and offered Singapore Slings as a welcome drink. 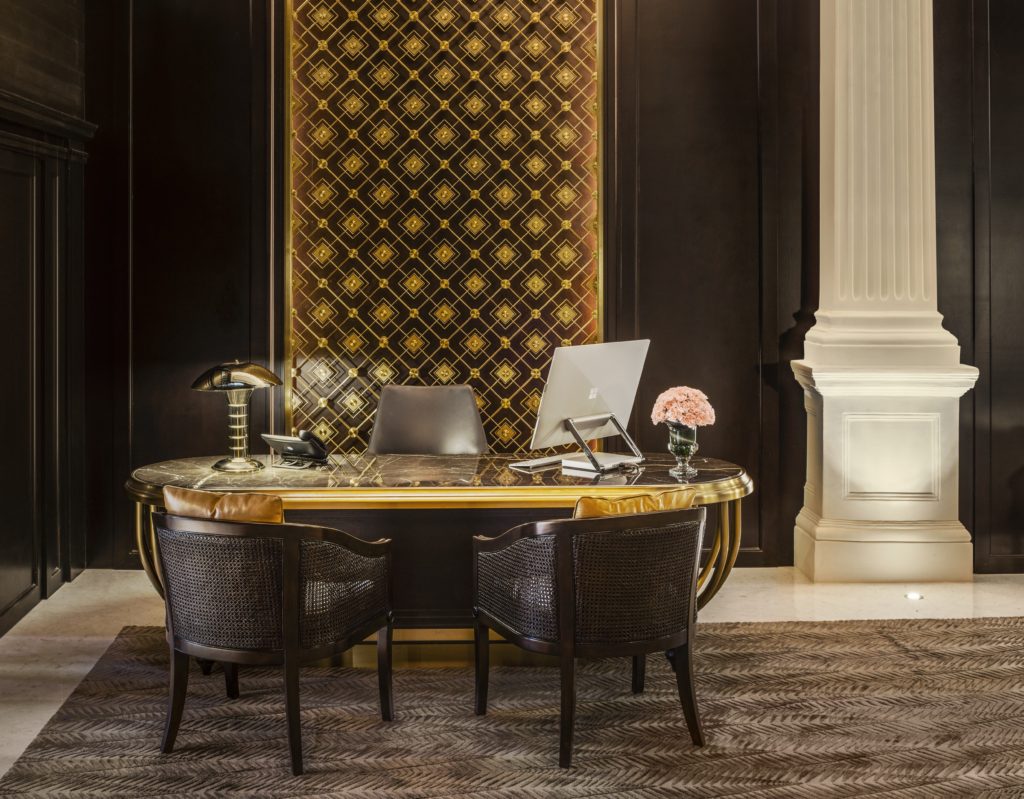 The iconic Grand Lobby is stripped down for a more spacious and brighter look. Traditional English armchairs and carpets are now replaced by contemporary and elegant furnishings befitting of today’s aesthetics. The roomier space also boasts a stunning crystal chandelier. Here, guests can continue to enjoy the classic Raffles Afternoon Tea experience of classic sandwiches, home-baked scones and cakes. 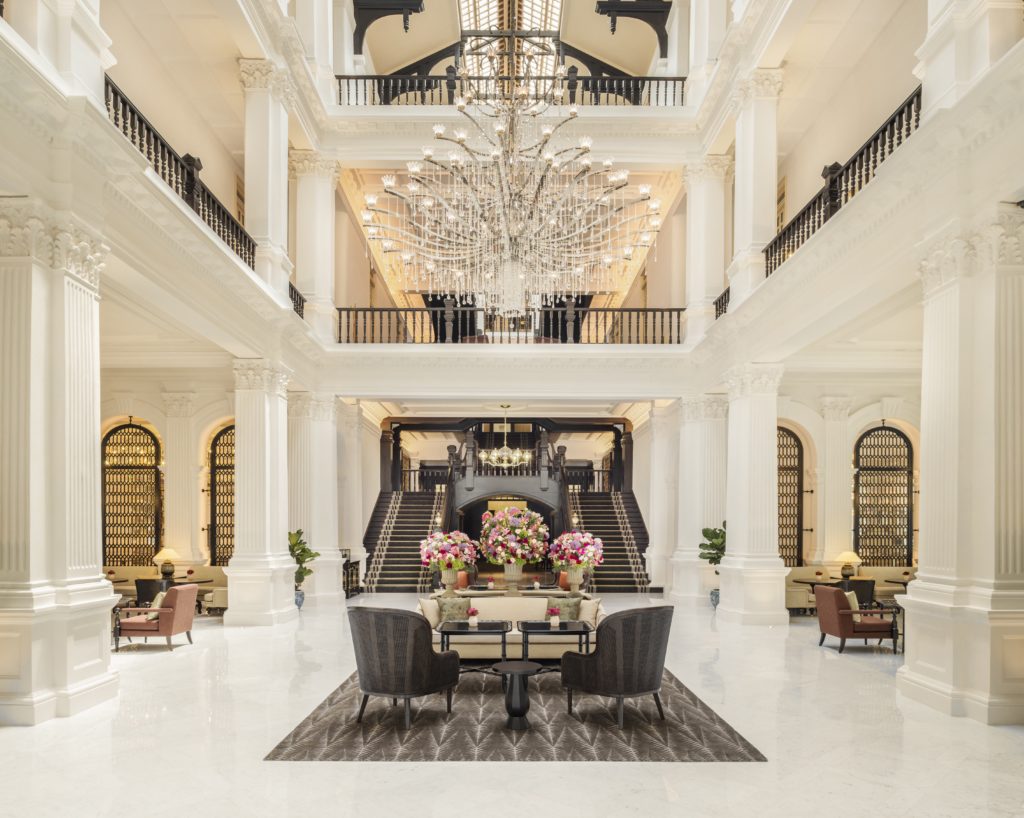 With the restoration, the Raffles Hotel now has 115 suites — up for 103. All rooms are updated with new amenities and technologies, while still keep a semblance of the hotel’s colonial heritage. Suites boast polished teakwood floors, lofty ceilings and verandahs. 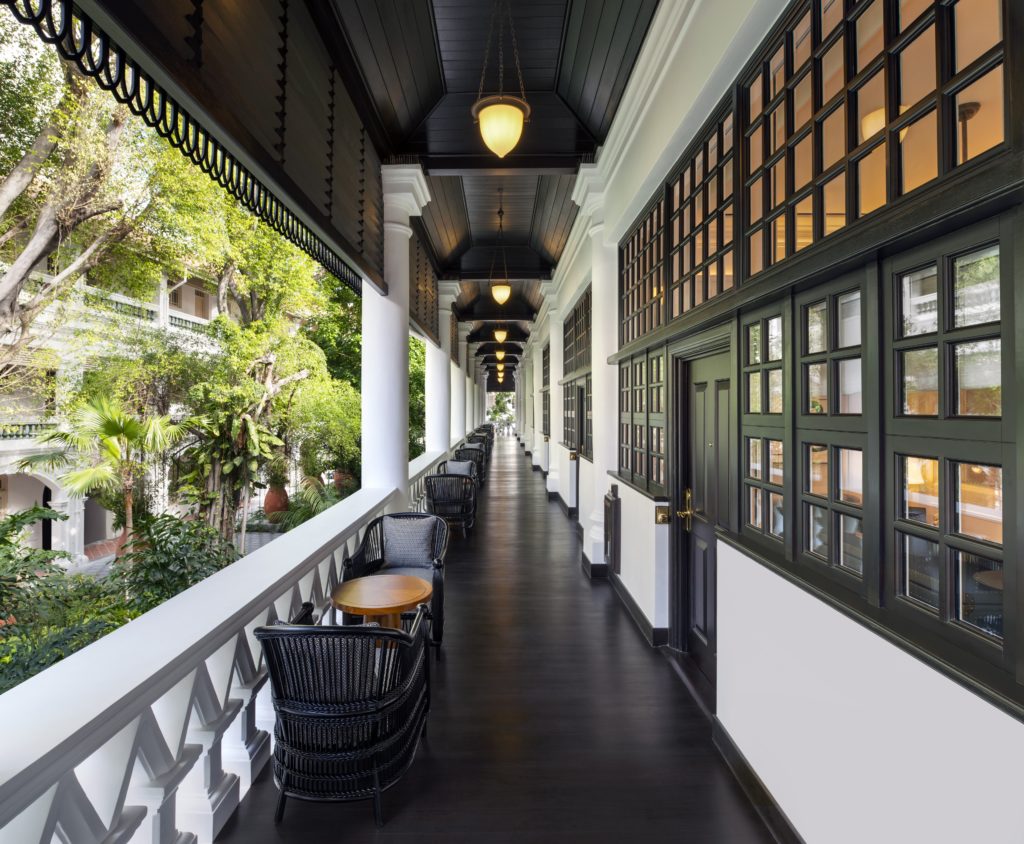 The Residence is one of three new suite categories offered at the hotel. These spacious suites come with one or two bedrooms and are perfect for guests looking for roomier accommodations. Besides a living room and dining area, the Residence boasts a pantry, office space and a powder room. Suites are named after popular local cinemas in the 1950s, such as the Alhambra Suite and the Theatre Royal suite. 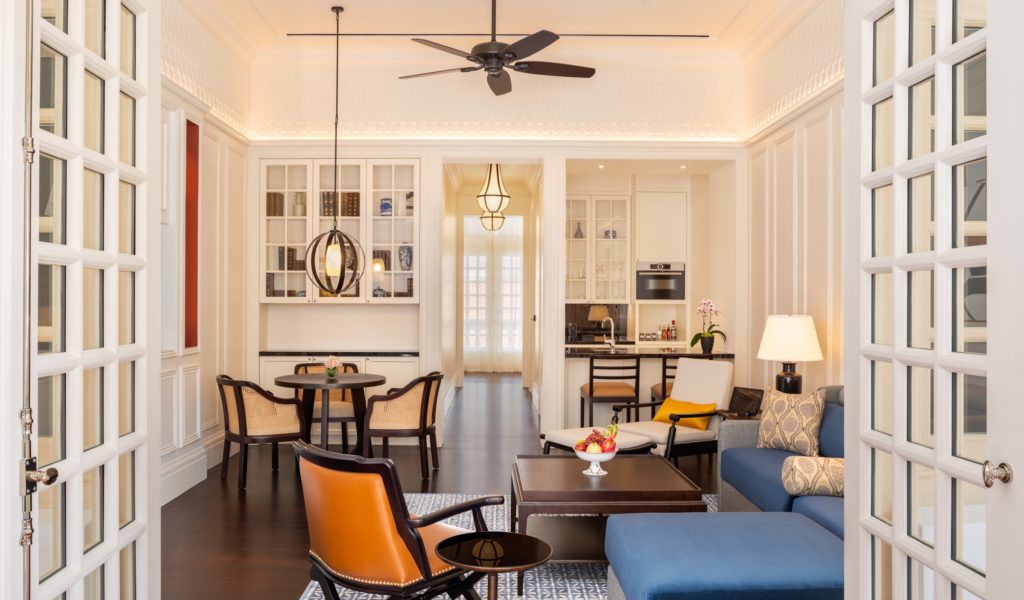 A bedroom with en-suite bathroom in one of the five Residence suites. Guests staying in these suites will also have access to a private entrance into the Raffles Arcade. 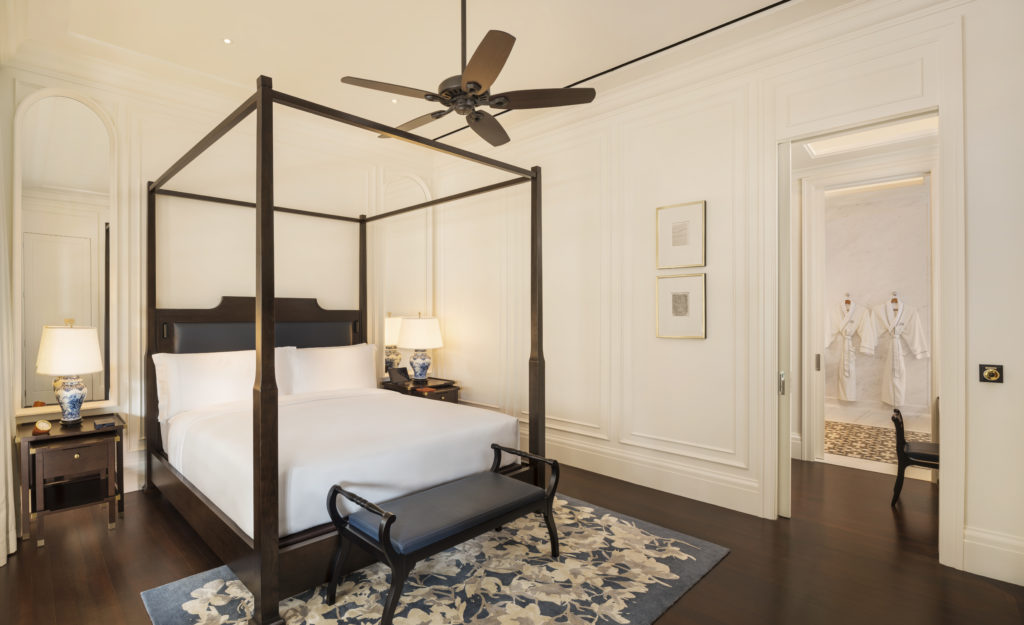 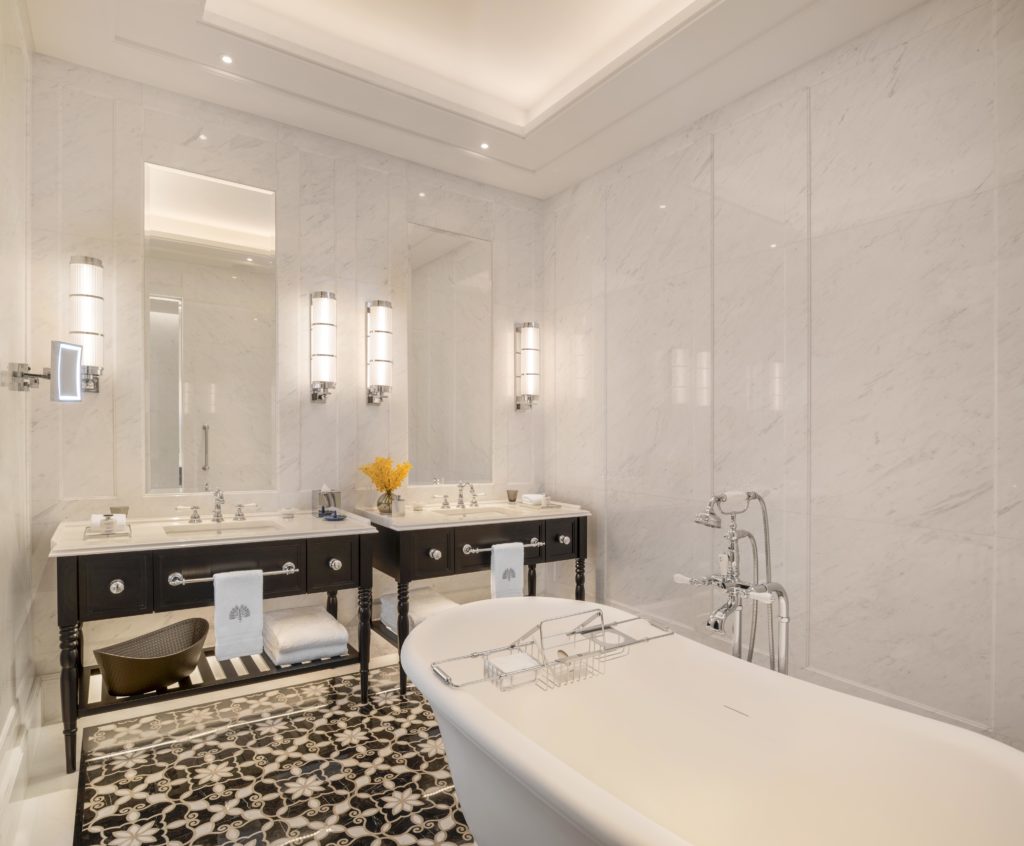 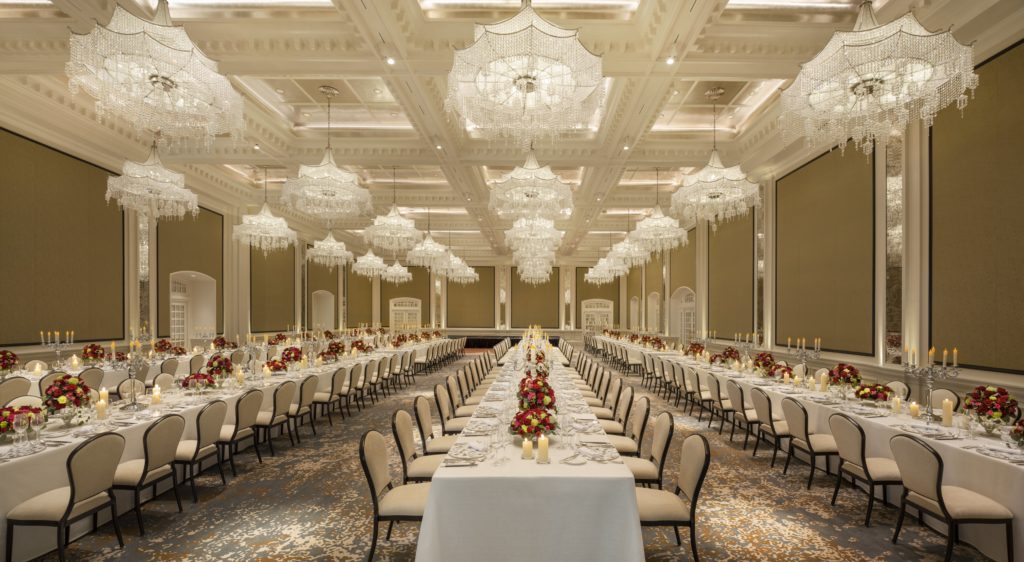 A slew of new concepts will be launched in the coming months. The Tiffin Room will double up as a breakfast spot in the morning and a North Indian restaurant for lunch and dinner. Besides the newly-opened La Dame de Pic, Raffles Hotel will also be welcoming fine-dining concepts by renowned chefs Alain Ducasse and Jereme Leung. 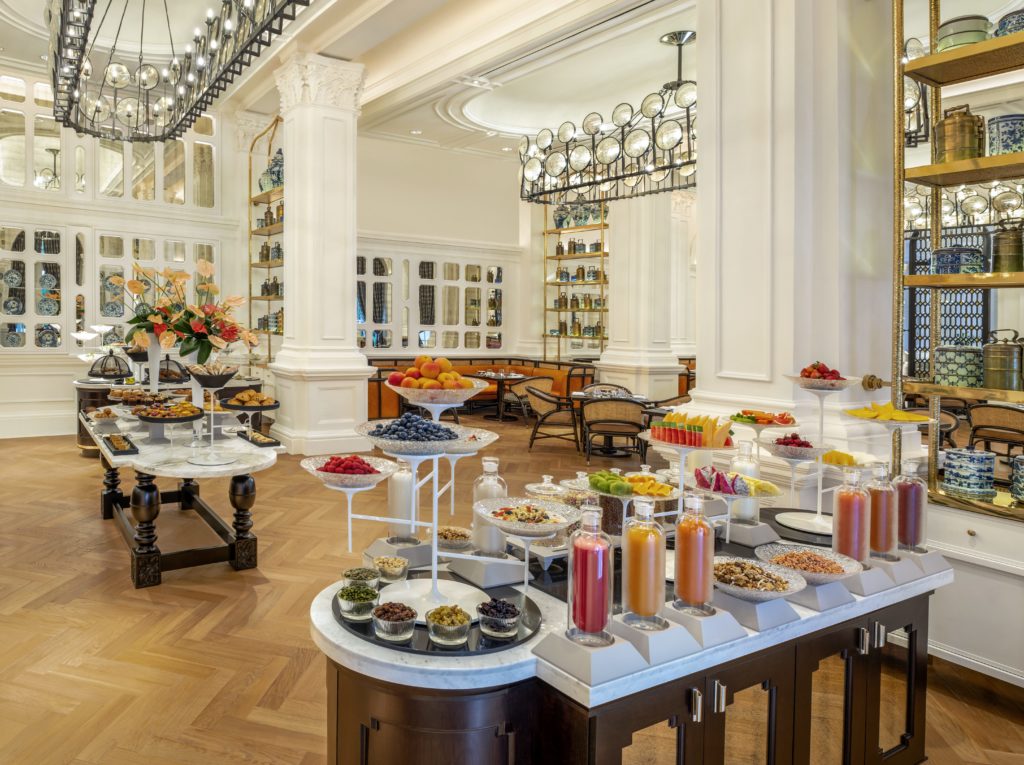 Travel
Here’s what Raffles Hotel Singapore looks like after two years of restoration
Share this article
Next article
After a lengthy two year restoration, the legendary Raffles Hotel has finally re-opened its doors to eager Singaporeans and tourists. In the past month, the hotel has been offering sneak peeks of its new space. The new Raffles Arcade offers a new retail haven as well as new dining options, such as French fine-dining outfit La Dame de Pic. This time, its celebrated rooms are ready for bookings. Meticulously restored by acclaimed interior designer Alexandra Champalimaud and design firm Aedas, the hotel has thrown out the dated interiors and furnishings. Instead, Raffles Hotel now offers new contemporary living spaces while still dutifully preserving the colonial vibes of the iconic heritage site.

Start slideshow
Raffles Hotel La Dame de Pic
Jasmine Tay
Senior Writer
Jasmine Tay is the dining, culture and jewellery writer. She makes fine silver jewellery and causes mini-explosions in the kitchen when she can't afford fancy dinners. Sometimes she tells people what she thinks about art, and binges on the music of Danzig when they don’t agree.
Dining Culture Jewellery