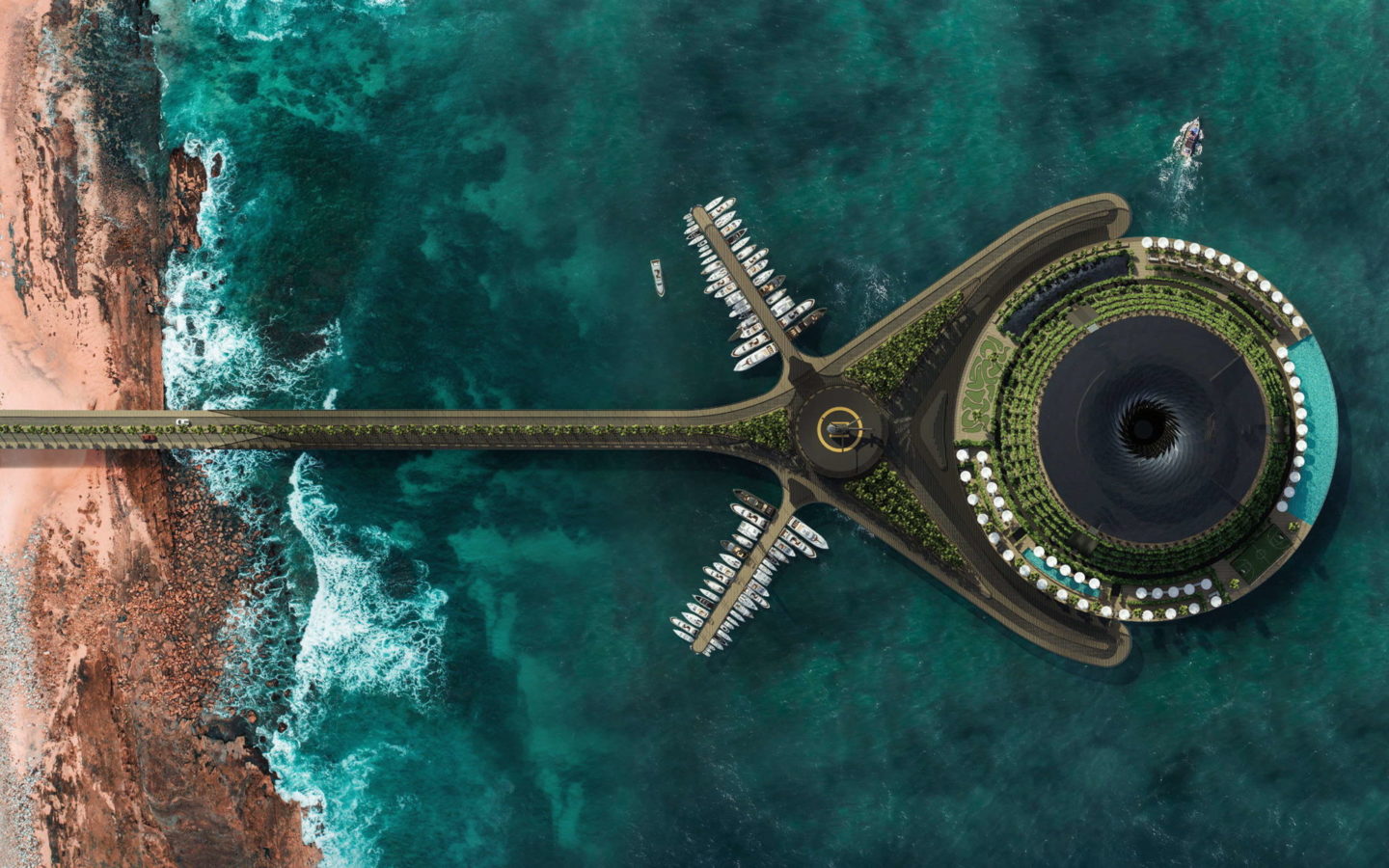 As more hospitality groups are ramping up efforts to be environmentally-friendly, a floating eco-hotel concept in Qatar has taken this one step further by generating its own electricity.

At first glance, the property looks like a villain’s hideout right out of the world of James Bond. It has a cool design and floats out at sea. It also spins because that allows it to generate its own electricity. You could say the property is both a luxury abode and a hydro generator. Although that sounds mind-boggling, if realised, it would single-handedly charge up sustainability efforts in the hospitality industry.

Designed by Turkish design firm Hayri Atak Architectural Design Studio (HAADS), the Floating Eco-Hotel in Qatar adopts the principle of “minimum energy loss and zero waste.” According to details shared by HAADS, the structure generates electrical energy by rotating its position according to the water. 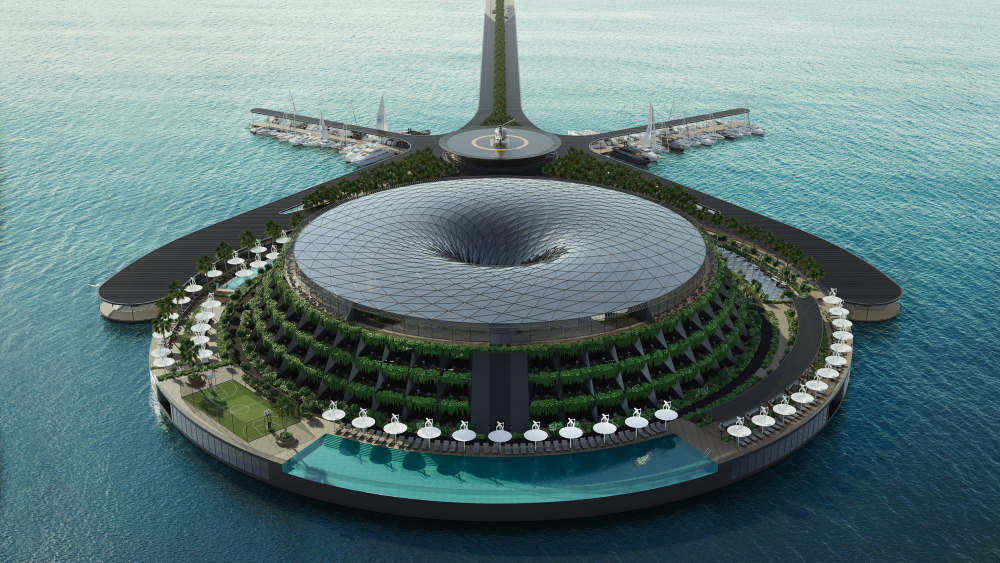 In essence, it borrows the idea of a dynamo. Using a network of thrusters and propellers, which are controlled by a Dynamic Positioning (DP) system, it rotates the structure, converting energy into electricity.

However, despite the fact it spins, it will not cause any discomfort to guests. The property takes approximately 24 hours to complete a full circle. 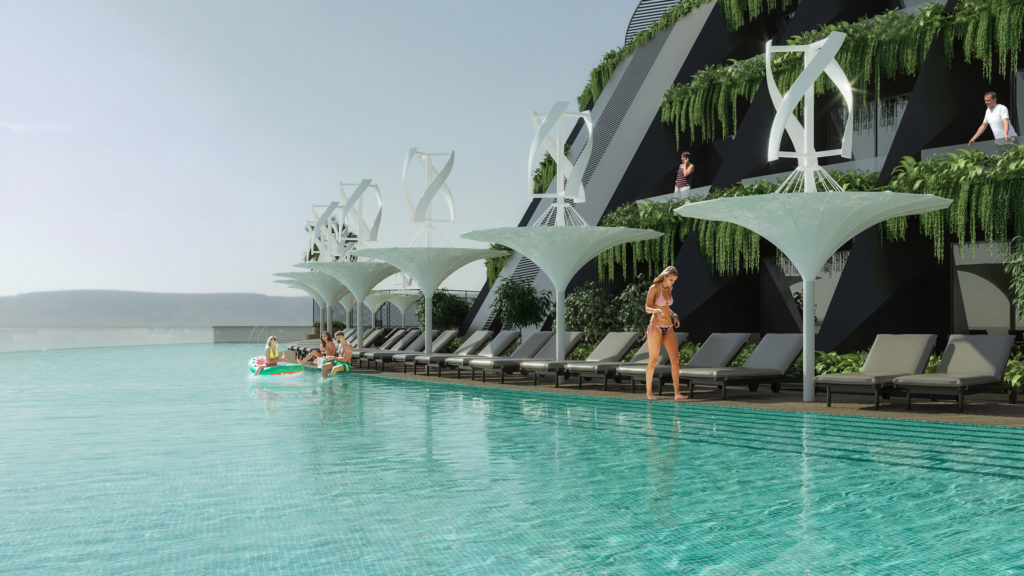 Additionally, the Floating Eco-Hotel will also generate power through solar panels and wind turbines. Adding to the property’s sustainable mission, the hotel is also designed with a glass vortex-shaped roof to harvest rainwater. The water collected will be utilised for the hotel’s greenery as well as irrigation.

Despite its green credentials, the Floating Eco-Hotel will not be short on luxurious amenities and facilities. As it is conceived as a five-star hotel, it will boast indoor and outdoor swimming pools, a spa and a gym. Other recreational facilities include a rooftop bar, beach club and a mini-golf course.

Spreading across 35,000 square metres, the property will offer 152 suites with private balconies along with varying views. A giant glass atrium is situated at the very centre of the hotel.  The property can be accessed by three access points at any time of day. Guests can use the 140-degree floating pier connected to the mainland or get there by boat or helicopter. 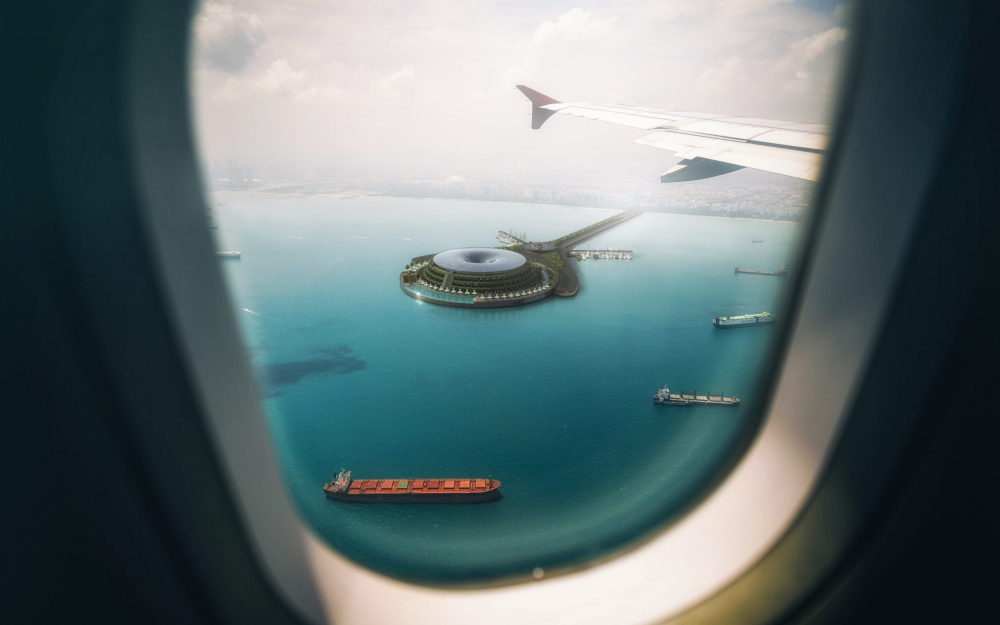 Although merely at the design stage now, HAADS is confident the property will be completed by 2025. The Floating Eco-Hotel will be based in Qatar, but it can also be moved due to its design.

The property is reportedly one of many luxury floating hotels planned for the emirate. There will be 16 similar getaways being built specifically for the 2022 World Cup, which it is hosting. None of them, though, will be as sustainable as this one.